10 Indian films and series to watch in November 2021 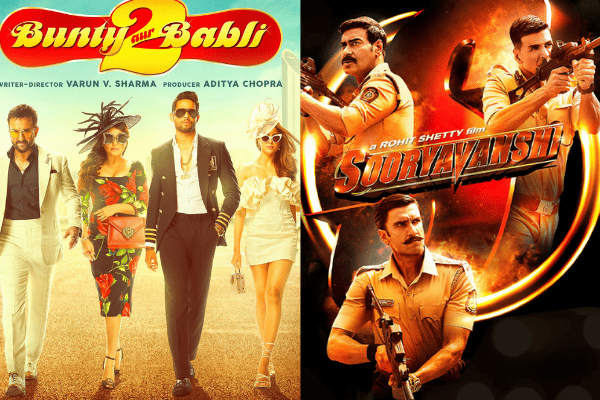 Inspired by real-life events, this Tamil legal drama is about the suspicious disappearance of a tribal man after he is arrested by the police, with his wife hiring a lawyer to fight for justice for their community. Jai Bhim is directed by T J Gnanavel, and stars Suriya, Prakash Raj, Rajisha Vijayan, and Rao Ramesh.

After Pagglait and Ludo, Sanya Malhotra returns in this romantic comedy about a long-distance relationship shortly after marriage when her husband (played by Abhimanyu Dassani) gets a job in Bengaluru, while she stays back in Madurai. It’s a topic less explored in Indian cinema, and one that will definitely resonate with the last year’s closed borders that affected many couples.

Originally locked for release in March 2020, then April 2021, Sooryavanshi will finally see the light of day later this month.

Actress Malvika Raaj, who many might recognise for her role as young Poo in Kabhi Khushi Kabhi Gham back in 2001, makes her Bollywood debut in this action thriller. She joins Pooja Batra and Rinzing Denzongpa. Not only is this the first Indian film to be shot in Belarus, but fun fact: Squad’s stunt coordinator is none other than Kier Beck, known for Mad Max: Fury Road.

The action flick drops on 12 November.

Kay Kay Menon, known for his roles in 2007’s Life… In A Metro and 2014’s Haider, plays RAW agent Himmat Singh in this limited series. It’s a prequel series to 2020’s Special Ops, sharing the back story of the agent who went a suspended officer to most sought-after agent in the country. The series also stars Aftab Shivdasani and Gautami Kapoor, and is directed by Neeraj Pandey.

Directed by Neerja director Ram Madhvani, Dhamaka is a much anticipated thriller starring Kartik Aaryan about a cynical ex-TV news anchor who receives an alarming call on his radio show. It also stars Amruta Subash, Vishwajeet Pradhan, and Vikas Kumar, and is based on 2013 Korean film The Terror Live.

The sequel to 2005’s Bunty Aur Babli might not feature Abhishek Bachchan, but fans remain optimistic that it will live up to all the hype. The male lead role has been taken up by the capable Saif Ali Khan, joined by Siddhant Chaturvedi (of Gully Boy fame) and newcomer Sharvari Wagh. Picking up from Bunty Aur Babli, this film asks: when two generations of con artists are put to the test, who will emerge victorious?

This much-anticipated sequel is all set to release on 19 November.

John Abraham’s back in this sequel to the 2018 film, this time playing a triple role. The vigilante action film explores the topic of injustice and misuse of power in the Indian context. It stars Dhivya Khosla Kumar, Rajeev Pillai, and Anup Soni, and is directed by Milap Zaveri.

The film releases in cinemas on 26 November.

An adaptation of the 2018 film Mulshi Pattern, this Salman Khan starrer is about real-life events in Pune about the the hardships of farmers and their ties to the city’s criminal underworld. Antim also stars Aayush Sharma and Mahima Mkawana in lead roles.

Catch the release of Antim on 26 November.