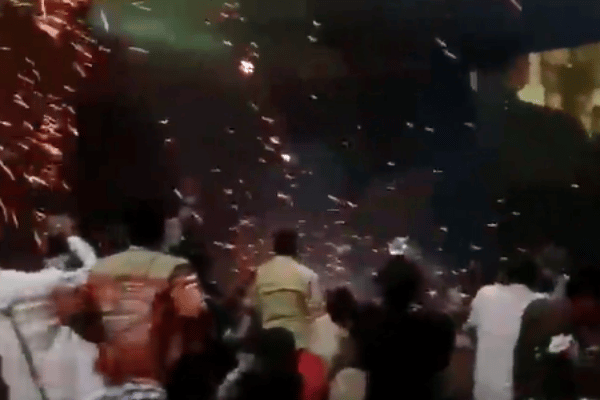 Salman Khan aka ‘Bhai’ had a much-awaited theatrical release with Antim: The Final Truth last week, joined by his brother-in-law Aayush Sharma.

Unfortunately, some emphatic fans chose to celebrate the release by bursting firecrackers inside the cinema hall. In the video shared on social media, sparks can be seen flying around, with some cinemagoers running for safety.

Salman Khan turned to social media to urge his fans to be safe and responsible.

“Request all my fans not to take fire crackers inside the auditorium as it could prove to be a huge fire hazard thereby endangering your lives and also others. My request to theatre owners not to allow fire crackers to be taken inside the cinema and security should stop them from doing so at entry point,” he wrote.

READ ALSO: 11 Indian films and series to watch in December 2021