Shah Rukh Khan will be in Melbourne for the IFFM – but no flag hoisting??

The actor is the chief guest at this year’s International Film Festival of Melbourne (IFFM), to be held 8-17 August. 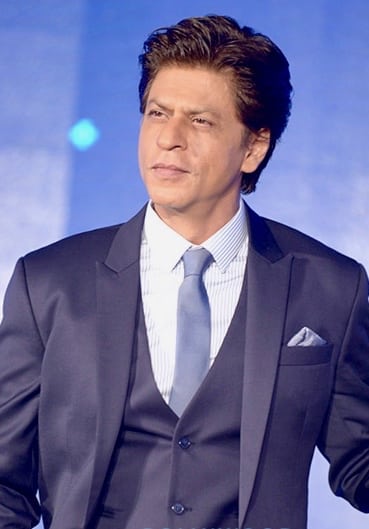 Everybody’s favourite Bollywood personality Shah Rukh Khan will soon be heading our way.
He is the chief guest at this year’s International Film Festival of Melbourne (IFFM), to be held 8-17 August.

Not much is known yet about other guests, but you can make a safe bet regular culprits Simi Grewal and Malaika Arora (no longer Khan) will be around. How about Karan Johar, SRK’s bestie?
Looks like some changes have had to be made to the usual program this time round.
It all kicks off with the IFFM Awards this year – the gala party that has traditionally closed the official part of the festival. Shah Rukh will be attending of course, on 8 August, and then launching the festival itself the following day.
What, you’re not staying around for flag hoisting at Fed Square, Shah Rukh??
As we await further news – of the films to be screened, celebrity guests, masterclasses and special interviews – we know as of now that the other festival mainstay, the Bollywood dance contest, is back again, to be held on 10 Aug.
Mitu Bhowmick Lange, the director of the festival has also announced that the theme this year is Courage. Well chosen, we say, in times when freedom of expression is a hot topic not only in India but the world at large.
Shah Rukh himself said, “I’m particularly pleased with the theme of the festival this year which is Courage, an emotion that resonates with storytellers who really have the might to change society and the world.”
(How about a retrospective of Girish Karnad? He certainly fits the theme, and it will be a wonderful tribute.)
Shah Rukh also added, “I have had great memories of shooting for Chak De India in Melbourne and look forward to being back again, this time to celebrate Indian cinema.”
The festival is marking its tenth year this year.