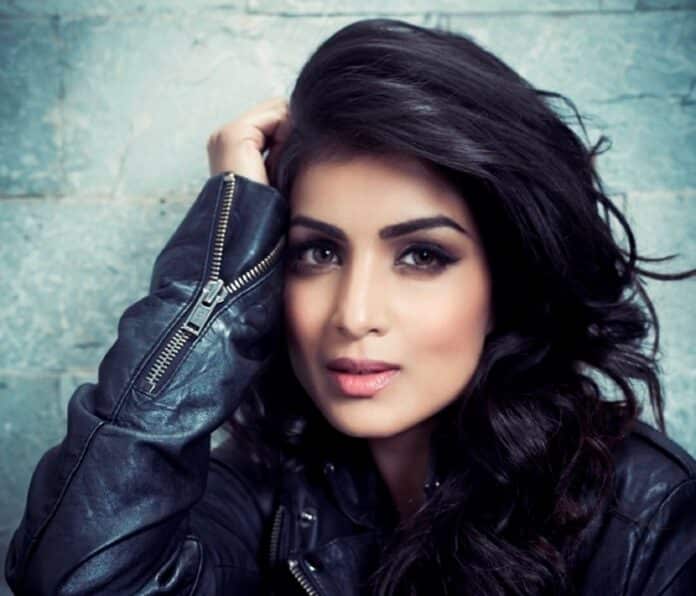 It was a Bollywood party with a difference. For starters, it was timed to coincide with the first showing of a new release. Guests were asked to come dressed not just in Bollywood style but in 1890s period costume if possible, as the film in question was from that era. And also, the lead actor from the film called in on Skype. Later, the entire party headed out to the cinemas to see the film.

For host Nalin Sharda of Melbourne, it was a very special event indeed, because the film was the much-awaited Hawaizaada, starring his own daughter Pallavi. His guests were all family friends, who have watched Pallavi grow up over the years.

“They were all uncles and aunties of Pallavi, who are now taking a keen interest in her film career,” Nalin told Indian Link. “They’ve seen her perform on stage since childhood, and they’ve all encouraged her as she decided to try her luck in films”.

And no, the rising star did not disappoint the uncles and aunties.

“She lit up the screen every time she appeared!” proud papa beamed. “It is not just me, but the critics have said so as well. She played two characters essentially, one of a Tamasha dancer and later as a simple woman in contrast. Now I’ve been known to tell her off before when she’s been out of step, but this time round, I think she did a fantastic job!”

On Skype, Pallavi admitted to being a bit nervous ahead of the big release, but was thrilled to see the extended Melbourne ‘clan’ out in full support.

The concept of the film itself, Nalin has been gushing over. “I think it’s time we let the world know of India’s scientific and mathematical inventions and discoveries. How many of us knew that an Indian built a flying machine ten years before the Wright Brothers? The record has to be set straight. Marconi for example was long believed to have pioneered radio transmission, but the IEEE (Institute of Electrical and Electronics Engineers) has now settled that Indian scientist JC Bose had got there first.”

But being a technical man himself, an electrical engineer and academic by profession, some of the more scientific aspects of the film grated on Nalin. “Yes, there were some bits that made me go ‘Oh my god’, but you know, in the absence of much recorded evidence, we have to accept that the film is a ‘fairytale’ version of events”.

As a man of science, but also as father of the star, Nalin hopes many more people can go and see the film.