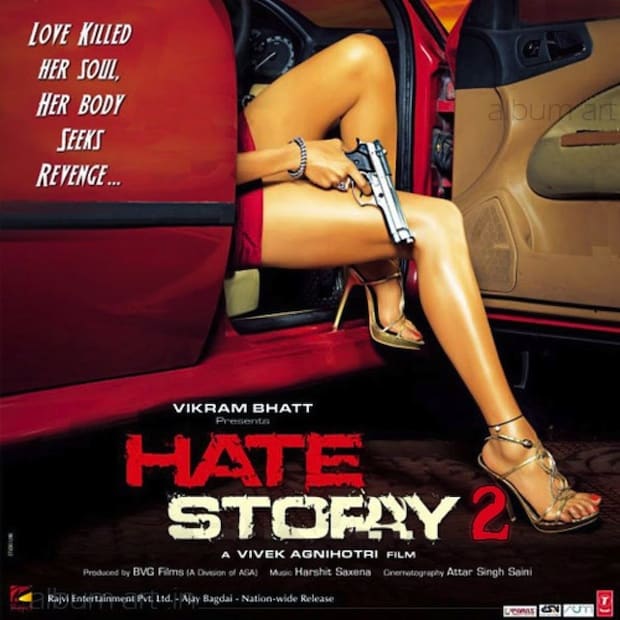 In how many ways can a wronged woman get even with a man? In Hate Story, three years ago Paoli Dam made a suntanned socialite, “Main sabse badi r**di banna chahti hoon”.

Fortunately, Surveen Chawla who takes over the vendetta franchise, has no such lofty career ambitions. She seems miserably ensconced as a politician’s plaything (aka mistress) until she falls in love with a boy-toy who seems to believe love means never having to say you can’t smooch.

In a series of disembodied scenes meant to show their growing passion, television star Bhanushali chews on Ms Chawla’s lips as though they were life-saving drugs. The pantomime of passion doesn’t pay off. Bhanushali can’t survive lip-chewing for too long. That’s because Baba, the ruthless politician, has Ms Chawla’s lover-boy killed.

Ms Chawla is left to die buried underground. But she escapes to take revenge. It’s Khoon Bhari Maang… minus the crocodiles!

It’s a sad and sorry premise, more daring in letting the vengeful vixen romp in skimpy clothes than in actually showing the lady’s volume of venom.

No matter how we look at it, this is a film waiting to get us hooked. The promised explosion never happens.

The vendetta looks awfully unconvincing. Where and how did our desi Uma Thurman find the courage and strength to…err, ‘Kill Bill’? And pray, hasn’t producer Vikram Bhatt done this story as Lanka in 2011? Maybe Bhatt wanted to film the same story more convincingly. If that’s the case, Hate Story 2 doesn’t quite up the ante… Though apparently, the thrust of the male gaze suggests that the film is supposed to raise other things (pun intended).

Hate Story 2 is a story in pursuit of a constant state of arousal. The female protagonist gets wet, gets into a bikini, gets just so aggressive – she is like a sex bomb ready to explode… but all in vain. There is nothing in her personality to suggest she has taken the stereotypical character of the Vengeful Vixen anywhere it hasn’t been before.

Hate Story? Not quite hateful. But nothing to wrap our hands around either.