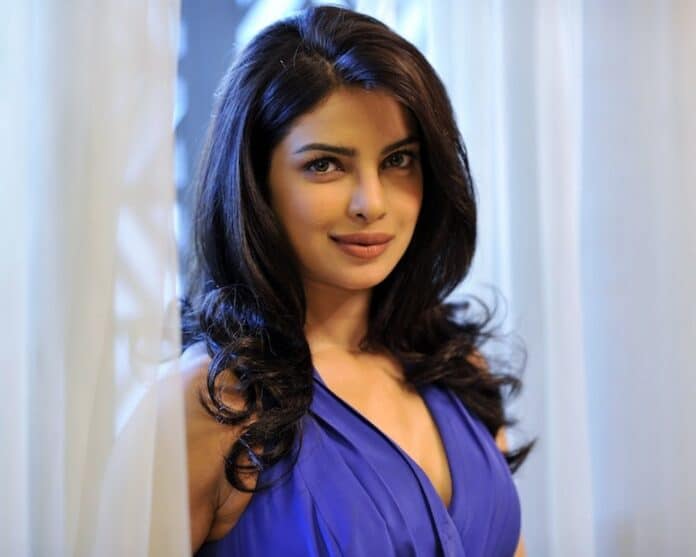 It’s a fun way to engage with his fans. And he has more than 8 million of them on Twitter.

We’re talking about Shah Rukh Khan’s recent Twitter obsession. You see, he’s set his fans a bit of homework: to make a sketch of him and send it in. He has been putting them up for open scrutiny, duly numbered, and with a line of analysis or appreciation.

It’s turned into SRK’s very own art exhibition where the art is, er, all about him. There are some fascinating near-professional portraits by obviously experienced painters, some stick drawings by little kids, some comic-book style art, even a hastily created line drawing (made on the back of a notebook page probably on a bus ride).

Some re-create his film posters, some are painstakingly painted versions of his official portraits, and some are pure imaginative works.

But the world’s second-richest actor loves them all!

So minimalist yet so close to likeness. One can do so much with lines when used with passion, he commented on one particular portrait.

On another one: Looks like I’ll have to work out a lot more on the waist… the kamar looks a bit kamra like. But very nice, thanx.

And on one that looks nothing like him, he still had the grace to say: Is this me??!! How did you know I look like this when I wake up!!!

And the gentleman that he is, he remembers to thank each fan for their work.

Looking at all these sketches, he tweeted, I have to declare Selfies are passé. I think it’s ‘Sketchies’ for me from now on.

Bollywood ‘Baby Doll’ Sunny Leone’s new song Pink lips is turning out to be a chartbuster. Her fluid moves in the number have already managed to attract over one million views on YouTube ever since it was released on July 2.

The song is composed by Meet Brothers and choreographed by Uma-Gaiti.

The choreographers were under pressure to deliver something bigger and better than Baby doll, Sunny’s previous hit number. The new song is a promotional track for the movie Hate Story 2, which releases July 18.

Recording an album of bhajans and chants for the Jain community, Lata Mangeshkar had to get herself a linguistic teacher to guide her through all the traditional stuff.

“The Jain community felt that their religious teachings and mantras have so far not been properly articulated,” she said. “I am happy and relieved that they think my rendition does justice to their sacred teachings”.

The process was time-taking but for the 84-year-old, it is never too late to learn.

“It wasn’t easy, I can tell you that,” Lata confessed. “But getting the pronunciation and diction absolutely right has always been important for me. Early in my career, I had got myself Sanskrit and Urdu teachers who would come to my recordings at studios to sit and teach me the languages during the breaks”.

“Years later when I recorded the Bhagavad Gita for my brother, Hridaynath Mangeshkar, I hired another Sanskrit teacher to make sure that I got the nuances correct,” she added.

Lata feels it’s very important to be 100 per cent correct in articulating religious and spiritual thoughts.

“Centuries of thoughts go into these teachings. One can’t be careless with religious sentiments. I am happy to learn languages through my singing and to polish up my diction. Every artiste remains a student all their life. I am no exception,” she said.

Great work, Lataji. Hope the young divas in the industry take a leaf from your book.

The two leading Khans of Bollywood – Shah Rukh and Salman – hugged each other with warmth as they came face to face at an iftaar party in Mumbai on 6 July.

The date is important, because this is such momentous news.

All is finally well with the world, as Shah Rukh and Salman have made up after years of bitterness! Nobel Peace Prize for the person who held the party that got the two great Khans together!! Now India can go back to solving its minor problems – peace with Pakistan, economic development, eradicating hunger and poverty, stopping violence against women…

We wish the press in India would cool it on the Great Khan Thaw. It was just a bit of Iftaar goodwill. Which happened last year as well, and will no doubt happen next year too.

What say we leave the Khans alone… but not before we try a Caption Contest on the right of this page!
I’m here to stay: Sidharth Malhotra

His success ratio is impressive. Model-turned-actor Sidharth Malhotra, who is currently riding high on Ek Villain, which has minted Rs.77.20 crore in its opening week, is confident he will play a long innings in filmdom.

The 29-year-old was criticised for his inability to dance, or to emote well in his debut film Student of the Year, despite the fact that it passed off with flying colours at the box office, so he has a reason to believe that.

Sidharth feels that with Ek Villain, he has successfully converted the non-believers to believers and that he can’t be easily written off.

“It was a first experience, this kind of box office success,” Sid said recently. “I feel like I’ve reached out to more people with this film than I ever had; so that’s exciting. Now, I feel that I am here to stay. Others are also saying I deserve this place”.

He added, “It’s satisfying to see that I took risks two years ago by choosing a genre and a character like this which is so different from what I’ve done before, and that’s paying off. It could’ve gone wrong. It’s very satisfying as an actor to try something new and see that the audience is liking it”.

The actor played romantic roles in his first two films.

So far, the Delhi boy has had three releases, of which Hasee Toh Phasee is the only film that underperformed.

Tell him he’s won a lot of fans, thanks to his six-foot-plus good looks, and he’ll challenge you.

“We are not just standing and posing, are we? Looks are part and parcel of our job, no doubt, but to go beyond looks was also a challenge to me,” said the actor, who wants to keep reinventing himself.

Sidharth said his latest film”is also an endeavour to turn all the non-believers into believers”.

“People who didn’t see the craft or who weren’t convinced about my craft, Ek Villain is the best answer I could give them,” he said. “The film has opened up a new genre of films and scripts for me. I’m considering a remake of an English film called Warrior. After that is Bhavesh Joshi. I’m not good for love stories alone, you know, there’s also thriller and action!”

If men dressing in woman’s garb wasn’t a trend enough already in Bollywood, here’s Akshay Kumar trying out something new – he lip-syncs to a female voice in the song Johnny Johnny for the film It’s Entertainment.

The song is the first to be released from the album of the film which marks the directorial debut of writers Farhad-Sajid.

Wonder whether the song will catch on.

On the decision to make playback singer Priya sing for Akshay, the director duo said, “Our song is light-hearted, and everyone is in in high spirits and in a party mood. In a small subtle way, we are showing our support for women’s empowerment”.

There are some things Bollywood actresses should never do. Like get on Big Brother UK (right, Shilpa Shetty?) or do an AMA on Reddit. AMA stands for Ask Me Anything, but of course you knew that! Anyway, Priyanka Chopra agrees to do this, right, and thinks it will be a breeze just like winning Miss World or acting with SRK or singing with Pitbull.

Poor darling, she had no idea what she let herself in for when she pressed ‘enter’ after typing “It’s your chance to ‘Ask Me Anything’ on AMA reddit! Are you ready? Let’s do this”.

The barrage of questions that came up included queries about her upcoming Mary Kom biopic, but also whether she’s had work done on her face, whether she uses auto-tuning in her songs, and what’s with her accent?

To that last one, she answered, she went to school in the US. The questioner came up with, “Wow, you went to school?” To her credit, she shot back, “Wow, you always been a hater?”, and then stopped answering the questions which came on thick and fast about whether her dad was a pedophile, and why was a road named after him when there were other deserving people.

“I’ll eat my hat if she answers that one,” came one comment.

“I’ll even watch her next movie if she answers,” said another guy.

Which prompted the comment, “No need to go to extremes now!”

Now what we want to know is, when’s Aishwaya Rai going to do an AMA – there’s a couple of curly ones we want to throw her way.

What’s the chitchat between SRK and Salman Khan here?

Send in your responses to win@indianlink.com.au and win a surprise prize.

What’s the chitchat between Padmini Kohlapure and niece Sharddha Kapoor?

Padmini: No, remember my No. 1 fashion tip. Always look like a lady.