King Khan on the Chennai Express 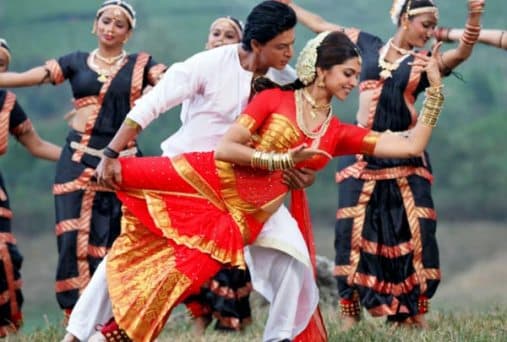 On August 8, a fun train journey will traverse the length and breadth of Australia with the release of Rohit Shetty’s latest rom-com Chennai Express. Fast-tracking us to the movie’s fun and entertainment was none other than superstar Shahrukh Khan, SRK or King Khan or the Badshah of Bollywood, as he is popularly called, who worked his charismatic charm on me in an exclusive phone interview with Indian Link. We talked about his life, his beautiful co-star Deepika Padukone and the Chennai Express journey.
Appealing both to the classes and the masses, SRK is renowned for his Midas touch, turning every venture into a blockbuster. Will the King retain his magic with his latest release, Chennai Express? Will the racy songs, dollops of comedy and Rohit Shetty ishtyle action, generate enough speed to reach the platform of success? It won’t be long before we find out. As the title song in this movie goes, ‘Ticket khareed ke, baith ja seat pe, nikal na jaaye kahin Chennai Express!’
Here are excerpts from my journey with the charming SRK.

Preeti Jabbal (PJ): As a star, you have been interviewed multiple times over; to what kind of journalist do you enjoy speaking – the gushing type who swoon on looking at you or the calm, collected variety that ask boring or repetitive questions, or those unaffected by your stardom who command candid responses?
Shahrukh Khan (SRK): People come to me with a lot of preparation or with preconceived notions, some come with love while others come just to do a job. Being an actor I can gauge in a moment or two what kind of person I am speaking to, and I try to respond in the same manner.  If they are aggressive or demand candid responses, I try to give them candid responses; if they are the boring variety, I try to add a bit of interest; if they are gushing, I love them back. There are days when I get a good interview and it feels nice, however mostly I do not have a choice. Given a choice I would like to talk to people who are pleasant and have pertinent questions to ask, and who are ready to have a few laughs in between.

PJ: Well then we hope to cover all the above with this interview. It’s breaking news that you have patched up with Salman Khan after 5 years, how does that feel?
SRK: My personal relationships whether they are with Salman or anyone else are a topic that I like to give an equal amount of dignity to. I have never made a comment on my love, fights, friendships or relationships, as I prefer to keep my personal feelings to myself most of the time. They still end up being a topic for tabloid analysis and then there are pictures and speculations, and people have different opinions and takes on them. I have never made any comment about my feelings on any sequence of events related to Salman up until now and I would like to keep it like that.

PJ: Let’s talk about your upcoming film Chennai Express, slated to release in Australia on August 8, and all your fans are looking forward to this movie. The current trend in Indian cinema is to include at least one element or a bit of masala that will appeal to the overseas audience. Is there this element in Chennai Express?
SRK: I don’t think that the thought process while making a film or telling a story is about combining elements to make a certain segment of audience happy. It is an over-simplification of how we make films. In reality, everyone is there mainly to tell a story. Some films could be geared towards certain people but emotions are universal and the idea is to appeal to everyone. I don’t know of anyone that makes a film to cater specifically to a national or international market.
Similarly Chennai Express is a holiday entertainer that the entire family can enjoy. It does not have any dirty dancing or cheap humour or embarrassing scenes; instead it is naughty, a bit over the top, funny, action-oriented and romantic. Chennai Express is one of the first few Hindi films that will take the audience to all parts of South India. The film was shot in many locations around South and I am sure our South Indian audience all over the world will be a little bit attached to the film. Those who have not visited South India will also enjoy its beauty through this film.

PJ: Speaking of ‘over the top’, we have heard that Deepika Padukone has tried an OTT role and accent in the film. With all due respects, according to critics OTT is your forte, how did it feel to share that space with Deepika?
SRK: (Laughing) First of all I would like to know who says that she was OTT in this film? On a serious note, I think moviemakers create a special world of their own through their films. Directors like Karan Johar, Anurag Kashyap, for example, have their own creative world; similarly Rohit Shetty also has a distinct branded style of his own. If actors who act in Rohit’s films try to impose their personal choices and styles it would be most boring and unprofessional. There will always be people who will like or dislike a film and critical appraisal is mostly a person’s own perspective, not necessarily that of the director. It has to be taken with a grain of salt.
As for sharing space with Deepika, it was a great experience as she is a lovely lady, a fantastic actor and a friend. She even made pulling faces and comedy into something beautiful and sensuous. She is a very attractive and talented co-actor.

PJ: You have requested that Deepika’s name should appear in the credits of Chennai Express before your own. Will this gesture be a step towards improving the status of women in Indian cinema, or the country in general?
SRK: I would be a fool to think that this gesture will change the status of women in India. It’s a long overdue gesture to acknowledge the equality of genders within Indian films. Previously there have been trends where names were credited according to alphabetical order or based on seniority; however this is probably the first time that the female lead’s name will appear before the male. My production and I think it is very cool to do this as it has not been done before and it also creates certain awareness among people to change existing systems.
As for changing the world, I have worked in many films over the years and I don’t think any film has changed the world. On the contrary, the two hours are aimed for people to forget the world they live in. I believe films are a reflection of what society is, and you can’t really be changing that around. I think my request to have Deepika’s name first is just a nice gesture, and nothing more or less than that.

PJ: Congratulations, you overtook Amitabh Bachchan and Sachin Tendulkar in being voted as the most popular Father of the Year 2013, in India. In Australia, Father’s Day will be celebrated on September 1 and Indian Link is holding a competition, seeking contributions from our readers. Now that you are officially an authority on fatherhood, would you like to make a comment?
Thanks for the complement, it’s nice to think that one is an authority on fatherhood. I believe fathers and mothers are beautiful people, so keep on loving them and listening to them. No matter what age or stage you are at, make sure that you somehow share the love with them that they shared with you while you were growing up.
I request all Indian Link readers to send in their contributions and nominations for this special Father’s Day competition. Have a good life!

Best Dancer: Hrithik Roshan or Ranbir Kapoor?
Hard to compare but I think Hrithik is a fantastic dancer

Best dressed man in Bollywood?
I will be a fool to be looking at men’s clothes, darling!

One thing you wished you had, but do not:
Nothing. I have everything I want, in fact I have two to three or four of them!

One thing that makes you happy:
Spending two hours cuddled between my children and watching TV.

What does the future hold for you – directing films, politics or retirement?
Neither! I will never retire from making films and I will never try politics.