Jai Ho: For Salman fans only 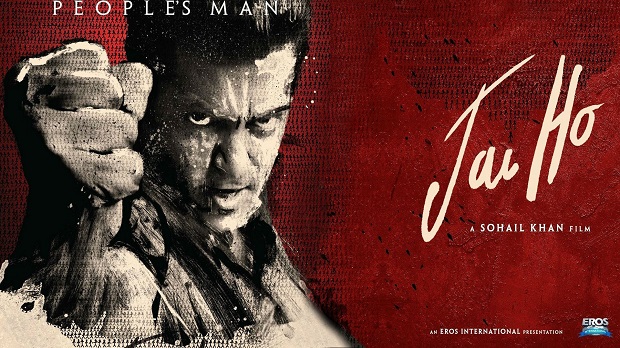 We really can’t judge a Salman Khan-starrer by normal yardsticks. If this film starred another superstar, it would be evaluated from another perspective.

But Salman is…Salman! He doesn’t desire nor seek anyone’s approval. The characters he plays also display the same level of arrogant self-worth. When he roars against corruption, the Dolby sound quivers in approval.

Say hello to the uncommon common man. He is tough, he is gutsy. And he doesn’t believe in common courtesy. He delivers a mean punch when required. But at home he’s just your regular guy snuggling up to his plump super-mom, confiding in his sister and fighting off the amorous advances of the over-friendly neighbour, who is fortunately female.

To Salman fans, Jai Ho is a power-packed and punch-drunk exclusion into Salman-land. The kinetic energy flows out uncorked in sequences that seem designed to show the main lead’s unconcealed distaste for corruption and humbug. In that sense, this film is Salman’s equivalent of his Being Human campaign in real life.

Very often the endeavour of being human is reduced to a t-shirt slogan in this film. But that’s the cool quotient Salman is aiming for. Take it, and leave the theatre.

Debutant Daisy Shah does a lot of stalking in the film.

If you’re an avid Salman gazer, you’d know that Salman chooses to reverse the rules of filmy courtship. Normally in our cinema, from the time when Raj Kapoor stalked Nargis in Andaz and Rajendra Kumar heckled Babita down the slopes of Gulmarg in Anjaana, it’s the guy who showers persistent attention on the seething simpering heroine.

In Salman’s films, the girl often takes the initiative in courtship. In Jai Ho Daisy is the pesky girl-next-door who keeps barging into Salman’s sprawling household comprising of any number of kins and their visitors, lovers, associates…The hectic household here is a lot of Salman’s real-life open-house home.

Actually all of Salman’s films are basically extensions of the superstar’s own personality. Jai Ho is more so than any of his earlier films. He wants us to know he cares for the common man. The script, a revamped ‘Salmanesque’ take on the Telugu Chiranjeevi starrer Stalin, is designed to exhibit the superstar’s philanthropic and humane side.

Jai Ho is all about loving your extended family. How extended, depends on how large the conscience and how broad an individual’s vision. Sohail Khan’s direction provides ample breadth for Salman’s superstardom to shine. However, there is a perceptible absence of depth in the anti-corruption plot. The narrative is plotted with tokenism rather than any serious in-depth attempt to understand the decadent dynamics of present-day politics.

Seize the moment, and you’ll probably make a difference to society. This is the mantra Salman adopts in Jai Ho. This formula of instant socio-political remedy and quite appealing, though the vigilante insinuations are also dangerous.

The film makes for an engaging but somewhat incomplete view of present-day corruption-ridden India. Sohail Khan keeps the proceedings moving briskly. When there is a danger of a sudden slackening, the director pumps up the adrenaline with rugged action sequences where Salman goes at his adversaries full-throttle.

It’s all a vehicle to enhance Salman’s image as the messiah of the downtrodden. He is one helluva angry man who’s not just anti-establishment but anti-antipathy. He implores the public to rise and revolt against humbug. Coming from a star with so much clout, that’s quite a hard-hitting message. Regrettably, the episodes to show the superstar-hero’s concern for humanity are text-bookish and illustrative.

Yet you cannot but take Salman’s clarion-call for social awakening seriously. He gives you no choice. The crusader’s role is played at an arrogantly absent-minded pitch as though the hero of the masses has too many things to worry about, the least of his concerns being how best to occupy that camera space. The lack of concentration is glaring when the leading man occupies almost ever frame of the film.

There is no dearth of talented and not-so-talented actors in Jai Ho. There are more characters in Sohail’s extended family than in Sooraj Barjatya’s Hum Saath Saath Hai and Hum Aapke Hain Koun..! combined. The entire galaxy of characters in Jai Ho has a purpose: to extol the unending virtues of our one-man army.

To his credit, Sohail has spun a credible and often compelling anti-corruption yarn that succeeds in justifying the need for Salman’s stardom to monopolise the entire length and breadth of the footage. His rhetorical rowdyism brings the house down.

Santosh Thundiyil’s cinematography and Sandeep Shirodkar’s background score are almost affable extensions of Salman’s messianic hero-giri. The visuals and the sound nail his crusade down to a cohesive if not comprehensive cinematic statement.

Besides Danny Denzongpa who has some meaty interactive episodes with Salman, the rest of the cast including the very talented Nadira Babbar, is wasted. Correct me if I am wrong. But I did catch a glimpse or two of the once-incandescent Tabu in the new eagerly-awaited Salman-starrer.