Indian shows and movies to watch in February 2021 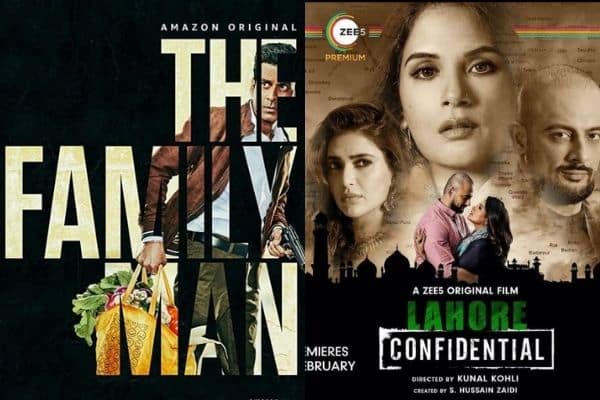 Following 2020’s London Confidential, Zee5 is back with the second instalment of the spy series. This time, Richa Chadha stars as Indian spy Ananya, who unknowingly befriends ISI agent Rauf (Arunoday Singh). Bonded by their love of Urdu literature, the two fall in love – amid growing border tensions between the two country. Lahore Confidential promises to be a spy thriller, complete with political intrigue, and of course, hints of forbidden love. It’s created by S Hussain Zaidi (the writer behind Netflix’s Class of ’83 and Bard of Blood) and directed by Kunal Kohli.

Fans of this action thriller can finally rejoice – season 2 is almost here! In The Family Man, the talented Manoj Bajpayee stars as middle-class man Srikant Tiwari who secretly works for the National Investigation Agency. The series earned rave reviews and had everyone counting down the days till the next season. The cast is rounded off by Sharib Hashmi, Priyamani, Sharad Kelkar, and Shreya Dhanwanthary, and now includes south Indian actress Samantha Akkineni.

With Amazon Prime’s recent legal troubles in India after the release of Tandav, though, there’s been some talk on postponing the release of The Family Man. However, no official statement has been made yet.

Till then, The Family Man is slated to release on 12 February.

Starring Australian actress Geraldine Viswanathan opposite Dacre Montgomery (of Stranger Things fame), The Broken Hearts Gallery is a romantic comedy about an art gallery assistant who saves souvenirs from all her relationships. It also stars Utkarsh Ambudkar, who you might recognize from Pitch Perfect and The Mindy Project.

The Broken Hearts Gallery makes its OTT debut on 24 February.

The Girl on the Train (Netflix)

An adaptation of Paula Hawkins’ debut novel from 2015, The Girl on the Train made its big screen debut in 2016 with Emily Blunt, who received award nominations for her role. Can this Hindi adaptation follow suit? Parineeti Chopra plays Meera, an alcoholic divorcee who watches a happy couple from her daily commute on the train. Then one day, she sees something she wishes she didn’t.

Accomplished actresses Aditi Rao Hydari and Kirti Kulhari also star in the film, which is directed by Ribhu Dasgupta (who previously directed Netflix’s Bard of Blood).

The Girl on the Train begins streaming on 26 February.

Based on the Indo-China war of 1962, this film stars Abhay Deol in the lead role. 1962: The War in the Hills tells the story of 126 Indian soldier who defended a strategic pass against 3,000 enemy soldiers. The military drama been described as the untold story of Indian heroes, and has become even more relevant since the Galwan Valley clash in June this past year.