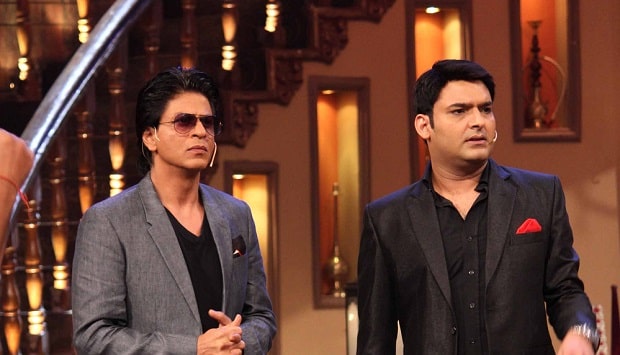 I’m a clutter-breaker: John Abraham
John Abraham, whose latest production Madras Cafe was under attack from Tamil activists for allegedly showcasing LTTE cadres as terrorists, says he always wanted to break clutter with his films. And the courage to do so comes from his audience.
His debut production Vicky Donor dealt with the sensitive subject of sperm donation in a lighter vein, and Madras Cafe is based on the Sri Lankan civil war. While one entertained, the latter is aimed at engaging.
“Very frankly, the courage to be a clutter-breaker comes from the audience. Vicky Donor was widely accepted. It really doesn’t matter if some political organisations object to my (new) film. It’s up to the audience to accept or reject the film,” John said.
Madras Cafe, which features John as a RAW agent and Nargis Fakhri as a war correspondent, released this month. Theatre owners in Tamil Nadu refrained from releasing either the Hindi or the Tamil version fearing protests from Tamil activists.
Isn’t it a tough situation for a new producer like you?
“I am new to the business. But if I’ve to be a clutter-breaker, I may have to make political statements. As a filmmaker, I must be allowed to have my say in a democratic nation,” he said.

Farah hopes SRK will loosen the purse strings for Happy New Year
Choreographer-director Farah Khan hopes the success of Chennai Express helps her next directorial venture Happy New Year, which she is making with Shah Rukh Khan in the lead role.
SRK co-produced his Chennai Express, which had Deepika Padukone in the female lead, with UTV and the romantic comedy is reaping gold at the box office. Farah is interpreting the success of the film as good news for her movie because the Bollywood Badshah is producing her project as well.
“I am very happy at the success of Chennai Express. It has broken all records. Shah Rukh is the hero and producer of my film. Now he will come on the sets of my film filled with more energy and hopefully will shell out more money for my film. I am very happy,” Farah told reporters jokingly.
Farah is repeating the hit pair of SRK-Deepika in Happy New Year. She worked with them in Om Shanti Om, which also marked Deepika’s debut in Hindi filmdom.
Farah also informed Happy New Year, which also stars Abhishek Bachchan, is set to go on floors next month.
“The schedule will start September 1st in Dubai,” said Farah.

For laughing out loud! Comedy grips Indian TV
If laughter is the best medicine, Hindi general entertainment channels (GECs) are using it to the hilt to woo audiences. They are serving comedies in new formats, using fresh storytelling techniques, funnier gags and laughing all the way to the bank with soaring TRPs.
The demand for light-hearted shows can be estimated from the fact that Comedy Circus is in its 16th season and has also entered the Limca Book of Records for being the longest running reality comedy series.
If that is not enough, stand-up comedian Kapil Sharma’s show has caught the fancy of non-traditional GEC-viewers and it has been extended owing to its popularity, while SAB TV has dedicated itself to just comedy shows.
“The audience wants to laugh and this is why the trend of comedy shows is on a high on TV,” said Kapil, host and producer of Colors’ Comedy Nights With Kapil.
“I’m the same Kapil who is doing comedy on Indian TV since many years. But the only difference is that I’m selling comedy in a new way and this is what people are enjoying. My comedy is not, my packaging is new,” Sharma told IANS.
His show boasts of top Bollywood celebrities and an audience full of youths as he focusses on issues which affect the common man.
It’s true that Shekhar Suman’s once cult show Movers & Shakers had an almost similar vein – he too picked up issues concerning the common man, but there’s something definitely new about Comedy Nights With Kapil.
TV also offers a platform in a big way to stand-up comedians – Raju Srivastava, Bharti Singh, Sudesh Lahiri, Krushna Abhishek and Sunil Pal, to name just a few.
As far as heartwarming ‘dramedies’ are concerned, the 1980s and 1990s saw many: Yeh Jo Hai Zindagi, Dekh Bhai Dekh, Hum Paanch, Flop Show, Shrimaan Shrimati, Zabaan Sambhalke, Office Office, Tu Tu Main Main, Yes Boss and Sarabhai Vs Sarabhai.
Cut to the 2000s. Shows like Khichdi, F.I.R., Malini Iyer, Kareena Kareena, Comedy Circus, The Great Indian Comedy Show, The Great Indian Laughter Challenge, Lapataganj and Taarak Mehta Ka Ooltah Chashmah cut through the clutter of saas-bahu melodrama to give TV viewers bouts of laughter.
With loads of fun and clean content, the comedy makes for a viable family-viewing experience.
Actor-producer J.D. Majethia of Khichdi fame believes the space for comedy shows has grown manifold over the years and it is pleasant to witness the boom in the number and kind of sitcoms and how they have entered the weekend programming.
The direction in which comedy is heading on the small screen is “perfect”, says producer Asit Modi, known for the much-loved Taarak Mehta…. However, it is a difficult genre, and sustaining its charm requires special skills.
“We need actors and writers with special skills for comedy. Everyone can’t make people laugh. India lacks adequate creative talent for comedy. There’s scarcity, and so the scope of the genre is limited. Moreover, to do clean comedy for TV is even tougher,” Modi told IANS.
His Taarak Mehta… has been running successfully for over five years, and it has crossed the 1,200-episode mark.
“New ideas from new people always help. As long as you give freshness and variety, things will work,” explained Modi, who also added that the basic ingredients of a good show are “a good story” and “a promise to entertain the audience”.
Majethia too is all for keeping up with times.
He said, “When we don’t wear the clothes that we used to wear years ago, or even live the life we used to back then, why must we be served the same content on TV? New times demand new things”.
Perhaps, that’s what he is targeting through his new show, reportedly titled Bh Se Bhade, featuring ace comedian Deven Bhojani.

People will identify with flawed hero in 24: Anil Kapoor
Anil Kapoor is confident that the audiences will relate to his character in his debut TV production 24 and it will cement his place in the hearts of viewers because of its realism.
Anil plays Jai Singh Rathod, the chief of anti-terrorist Unit of India, in 24.
“My character is such that people will identify with it. He is a common man, he is a hero but a flawed hero. He is like any other man. Every man today is trying to balance between his family and his professional commitments. He wants to keep both parties happy and that is tough,” the 56-year-old said at the launch of the show.
“My character loves his country, He is very patriotic and trying to save the future prime minister of the country, while on the other hand his family is also falling apart. So, I feel people will see my character as real and it will cement it’s place in their hearts and the show also,” added the actor known of hit movies Mr. India, Virasat.
Anil, who started his stint in the international cinema with Slumdog Millionaire, also featured in the eighth season of the American version of 24.
He said that the Indian adaptation of the superhit American TV series by the same name has been adapted according to Indian sensibilities.
“The story has been successful all over the world and we have adapted it in such a manner that it could hit the sensibilities of the Indian audiences, so they like it,” said the actor.
Being directed by Abhinay Deo, the show will go on air in October on Colors TV and the first season will have 24 episodes.
It also stars Mandira Bedi and Tisca Chopra, while Anupam Kher, Rishi Kapoor and Boman Irani will make cameo appearances.