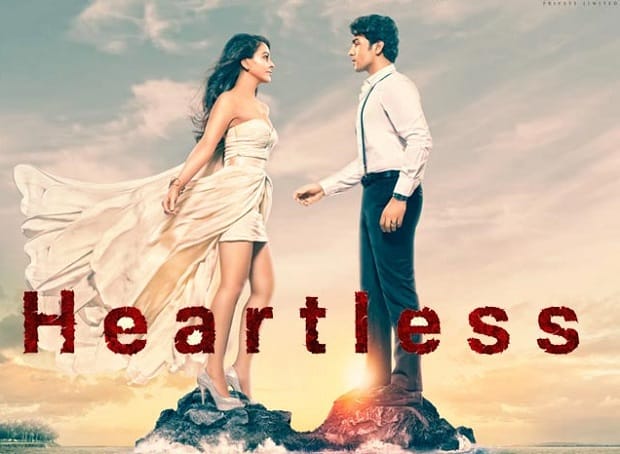 You really can’t put a good man down. Even when his heart breaks he bounces back stronger than before.

So it is believed. But watching actor-turned-director Shekhar Suman’s directorial debut I am not too sure. His vulnerable ailing protagonist Aditya (played by his son Adhyayan) goes through a series of life-changing knife-in-the-heart experiences that leave him disenchanted and shattered.

Heartless is no ordinary coming-of-age story. It tells the powerful if illogical story of a young heir whose urgent need for a heart transplant puts him in an incredible medical and emotional crisis.

The screenplay by Nina Arora weaves the story of love and betrayal into a tenable if somewhat far-fetched medical condition known as anaesthetic awareness.

The film is subtly sleek in appearance. The first half when the romance between the weak-hearted Addy and the girl at the hotel reception (treacherously sweet newcomer Ariana Ayam) unfolds has a zipped-up classy quality to it. The courtship is cluttered with unwanted songs. And just this once, they are excusable.

How can we have a modern day Devdas without the music flowing in his veins?

The Dubai landscape is glamourised by cinematographer Derrick Fong only to the outer limit of believability. The star son gets to drive sleek sports cars and wear designer suits only because he plays rich.

The film’s biggest USP is its restrained narrative. Nowhere does the director allow the inherent melodrama of the plot to overpower the characters.

The actors grapple successfully with characters that seem to belong to a daytime soap opera. Adhyayan Suman makes a confident comeback in the author-backed role. His eyes are filled with a pain that seems more existential than physical. He brings to his borderline-ludicrous character a sense of bridled tragedy and a stifled desperation evident in his breathless speech and anguished body language. He plays a life threatened with annihilation, stopping itself from falling apart in the nick of time.

Adhyayan’s scenes with his screen mom Deepti Naval ring true even when they go from the real to the surreal to the other worldly. Shekhar Suman plays a kind of mentor-friend to Adhyayan with that jaunty gaiety that comes naturally to him.

Indeed if this week’s other release Hasee Toh Phasee is at heart a father-daughter story, Heartless is a mother-son saga told with a tearful wave of the hand by a director who doesn’t weigh down the narrative with excessive characters. The plot restricts its manoeuvres to just a handful of effectively etched designer-characters, in clothes to match.

While Adhyayan’s character remains on its feet, the film works effectively and cogently. Once he is horizontal on the operation table, the narrative suffers a rush of woozy incredulity requiring herculean amounts of suspension of belief from the audience. Tragically the sort of going-with-the-flow that the film demands from us is not justified by the thinned-out proceedings.

But all said and done Heartless works within its ambitious realm of love, betrayal and mortality. It makes an endearing departure from routine romances about broken hearts and mended morale. Director Shekhar Suman doesn’t quite manage to hold the audience’s attention in that spellbinding grip which the plot suggests. But the drama never sags.