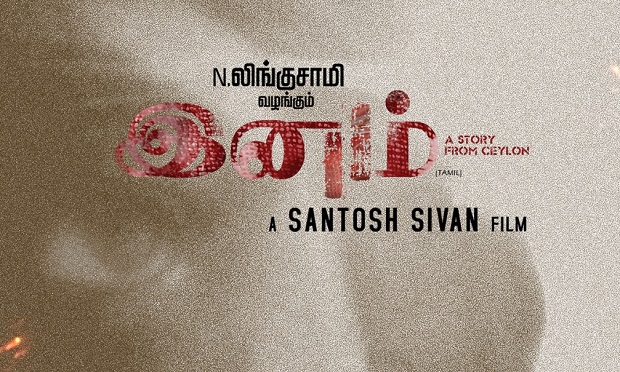 War stories are challenging to narrate without being controversial. But cinematographer-filmmaker Santosh Sivan has crushed that notion to pulp with his film Inam, a war-drama which explores the lives of a group of orphans during the Sri Lankan civil war.

Without taking sides and not provoking political sentiments, Sivan tells an emotionally arresting tale of human barbarism, hope and survival. Even with a documentary style narrative, mostly slow, Inam tugs at your heartstrings and presents the story from two different perspectives.

Rajni (Sugandha Ram), a lone survivor of the Sri Lankan civil war, shares her harrowing story of survival to an interrogating officer (voice by Arvind Swamy). We are taken back in time and introduced to a group of orphans between age groups five and 20, homeless, living under the care of ‘Tsunami akka’, played by Saritha. From then on, the story takes us through the lives of these characters, their struggle for survival, moments of joy and a lot more. What happens to these characters during the course of the war? This becomes the crux of the story.

From celebrating human spirit to capturing the worst bomb explosions, Inam tests human endurance on battleground. The willingness to survive is stronger than the fear of death. This philosophy is reinstated throughout the film, which is built around an array of anecdotes that take place in the orphanage.

While the story is told to us through Rajni’s past, Sivan also wants us to see his work through the eyes of Karan, a special child, who plays the role of Nandan to perfection.

Through Rajni’s story, he shows us exactly how innocent lives are lost in a war, children are orphaned, and young girls are molested. Through Nandan’s story, we see that even in warfare, there’s room for optimism, care and affection. For instance, in a scene where bombs are being air-dropped and everybody is running for cover, Nandan takes the effort to save a turtle. He befriends a human skull and calls it ‘Mr. Friend’, builds a strange relationship with it and even saves Rajni from her molester towards the end of the film.

Inam is backed by wonderful performances by an almost unfamiliar cast. From Sugandha to Karan to Saritha, Sivan has extracted raw performances from everybody. And the reason the actors are believable in their respective roles is because they are unfamiliar.

The real star of the film undoubtedly is Karan, who entertains at regular intervals with his innocent mischief. He carries the film on his shoulders and you root for him more than you root for others.

Sivan’s striking cinematography makes even remorse moments in the middle of a war-zone, a visual splendour to gaze at. One particular shot that stands out in the entire film is when we see a group of foreigners leaving Sri Lanka in a hurry with a polythene bag full of fish with a dead one floating inside.

You understand this particular shot little later when in another scene, people pass through hundreds of unattended bodies in search of cover during the war because nobody has the time to even bury these bodies.

Vishal Chandrasekhar’s music helps you connect with the film on an emotional level. Even though there are three songs included merely to give the film a commercial touch, it’s his background score that draws your attention.

Inam, coming straight from the heart of Santosh Sivan, deserves to be accepted, embraced and celebrated.