Flashback: This sixteen-year-old could be the first Indian MP in Australia! | Vega Tamotia 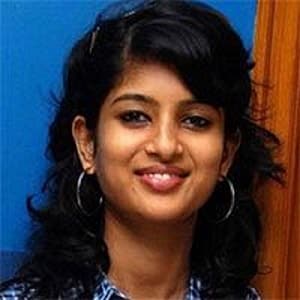 Reading Time: 2 minutesIn this flashback to May, 2001 we interview a young Vega Tamotia, now a Bollywood star!

Ask her which are her favourite subjects at school, and Vega Tamotia will say maths and software development & design. Typical high-achieving Indian student, you think, til you hear the rest of her story.

Sport, photography, acting, computers …. Vega is a very busy sixteen-year-old indeed. And a hugely talented one, if you haven’t guessed already.

When not playing one of her favourite sports (tennis, volleyball, soccer, softball, cricket), she is nurturing one of her two pet passions, photography and computers. In between, she squeezes in time for some drama, having done no less than six shows in the past two years.

And that is not all.

The Year 11 student of Randwick Girls High School has just returned from an extended trip to India where she won the lead role in a Doordarshan telefilm in Hindi entitled Bitiya. The hour-long film is a social awareness feature on child marriages.

But in recent weeks, Vega has been preoccupied with an entirely different activity. She has been selected to represent the state of NSW in this year’s Youth Parliament Program (run by the Australian YMCA), in which she will research and prepare a bill to be presented for consideration on the floors of Youth Parliament.

Vega was one of ninety 15 to 18-year-olds all over the country who wrote an essay describing why they should be picked for the program. That first hurdle was easily crossed. Vega is now on the six-member NSW team that will make its way to Melbourne in July to debate a bill seeking optional voting for 16-18 year-olds.

Vega is excited by it all. “The exercise will teach me and others in the program leadership skills, besides public speaking and debating, and of course about parliamentary processes in a democracy,” she says.

To read more about the experience of Youth Parliament click here