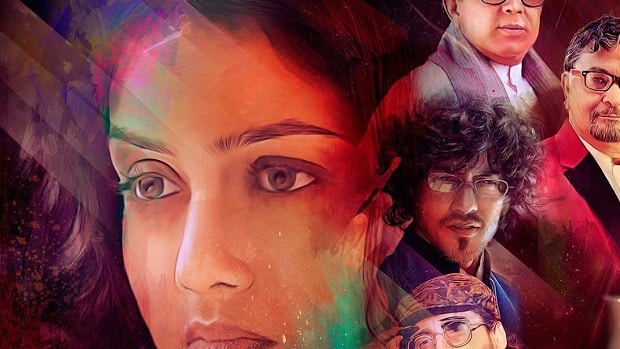 Subhash Ghai’s Kaanchi delivers a walloping punch in this tale of a girl from the hills contesting the city marauders’ rights to usurp her of land and love. In a frenzied saga of revenge in the big bad city where the innocent girl assumes the role of a desi Lara Croft, Ghai tackles the craft and the emotions with a devilish deftness.

The script is intricately woven, and Ghai threads together a jam-packed jigsaw. Something or other is always happening in some corner of the script.

Kaanchi is a puzzle of a film. It bustles and brims over with reformatory ideas, anti-corruption zeal, and lunges into an overweeningly ambitious format of storytelling, employing every cliché in the book of formulistic storytelling. But Ghai succeeds in telling a spectacular story filled with muted sound and flamboyant fury.

Kaanchi is the story of a girl’s journey from the innocent unspoilt mountains of Uttarakhand to the corrupt and corrupting sinful city of Mumbai. But the approach road from the back of beyond to the mainland mayhem is far more upfront and aggressive. The music conveys the split personality of a society that is caught in a migratory transition.

The film packs in the punches with undiminished enthusiasm from the first frame to last. The scenes are conceived with cohesive care, while the dialogues are quick-witted. Ghai turns on the tempestuous tap full blast. Though the pace does tend to flag at times, there is an element of underlined expectancy in nearly every episode.

The episodes write themselves out with a pungent precision. This is not a film that tries to impress with subtlety. The charm of the protagonist Kaanchi’s journey is not in its quotient of adventurousness, but in delivering an exuberance of the expected.

Mishti, Ghai’s latest discovery lives up to the high standards of the filmmaker’s past heroines. Despite her inability to touch some of the peaks required in the dramatic scenes, Mishti with her very Bengali personality and serene simplicity, creates a very favourable impact. She breezes through most of the film with charm and confidence.

Mishti gets very strong support from her two leading men. Kartik Aaryan’s very athletic ramp-friendly personality plays off the heroine’s rustic artlessness. And the ever-dependable Chandan Roy Sanyal who takes over as the man in Kaanchi’s life, is a roguish cop whose morals are as questionable as the lyrics of the item song to which he dances.
Interestingly Mishti’s character is shown to be a user-friendly go-getter with pluck and gumption.

Ironically in this film about youth power, it’s the veteran actors who let the script down. Mithun Chakraborty and Rishi Kapoor as a pair of trouble-makers are deliberately lampoonish. Newcomer Rishab Sinha as Mithun’s son has a very important role which he squanders away in serious apathy and a ludicrous wig.

In spite of its jagged edges and its tendency to take itself a tad too serious, Kaanchi manages to simulate a supple empathy for its disarmingly uni-dimensional characters. This is Ghai’s dream of a nation where one girl with the help of some rock-singing youngsters, can free us of corruption.

The film is a warm-hearted free-spirited ode to new-age womanhood. The female protagonist’s dharm-yuddh with evil forces may lack in subtlety. But then the time to tackle terror with tact is over.

It’s time to take on corruption headlong. Kaanchi does just that. With feeling and drama.

Magically, 2 States ends with a beautifully staged wedding where the film’s culture-crossed couple finally get their wish.

Sigh of relief? Not quite. You don’t want this film to end. It’s a story, but doesn’t seem like one. You know exactly where our twosome, the gorgeous Ananya and the diffident Krish are going, but you get so sucked into their journey, their courtship, conflicts, tiffs and buts, that you feel after a point, that you aren’t watching them in a film. They are people we know. And love.

These are people to carry home and keep in some corner of your heart. Not just Ananya played by the very gorgeous Alia Bhatt and her other-half Krish, but also their parents, specially Krish’s father a man so misunderstood all his life, he fears being recognized for some deeply-concealed goodness in his heart.

Indian marriages, they say, are the marriage of two families. So when the shy, repressed Punjabi Krish meets the spunky spirited beer-guzzling, chicken-chewing Ananya, there is hell to pay from both sides.

The thing about cultural stereotyping is that it very often does exist in exactly the forms that we see them exist in films and books. Chetan Bhagat’s lively novel from which this film is adapted, harps on stereotypes to the extent where the characters are not seen as ‘types’, but as individuals who conform to a type. This is best illustrated by Krish’s loud-brassy Punjabi mom, played by Amrita Singh in a compelling performance. Revathi as Ananya’s graceful Tamil mother is also outstanding.

Ronit Roy is no stranger to playing the abusive father, and his dignified damned Dad’s act makes 2 States as much a father-son story, as a girl-boy thing.
Not every sequence works, though. Revathi’s singing performance (arranged by Krish) was a little too syrupy and Alia’s anti-dowry speech at a brassy Punjabi wedding a little too contrived, but these were minor slip-ups.
Most of the time, cultural differences are articulately pinned down in the film. Debutant director Abhishek Varman knows how to tell a story embedding individual scenes with a distinctive personality, without straining for effect.

This film never forgets to surprise, even when going about the task of telling a story that can only end one way. Arjun Kapoor and Alia Bhatt ensure that their mutual participation in the rites of courtship, copulation, conflict and reconciliation yields a harvest of hefty scenes. Their performances display a natural flair for understatement underlined by a deep understanding of the language of commercial cinema. And yes, they look so made for each other, their compatibility is almost karmic.

Two world, two cultures, two families, one love story, 2 States re-defines and rejuvenates the love-marriage space. Simple and yet striking, gorgeous and graceful, one hankers to know what happens to the couple after the film is over.

The stress is on lightness of tone. From the clothes that Ananya and Krish wear to the spaces they inhabit… they aren’t fuelling a filmy flamboyance into the narrative.

Alia dressed as a bride looks like a doll, and the expression of honesty in her face never ceases, symbolizing what this film strives to do. 2 States creates a world where characters don’t shout to be heard. They belong to a world where being proper, politically or otherwise, is not always a pre-condition.