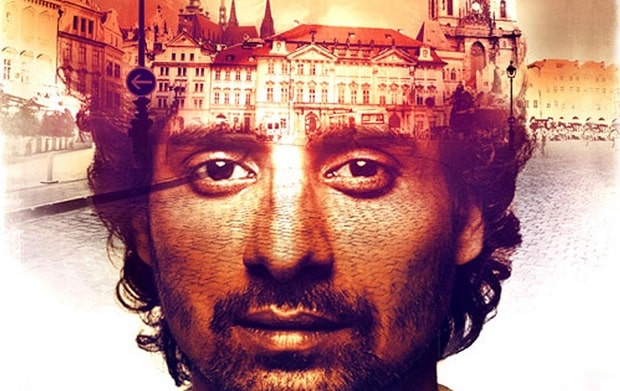 There are the dark unexplored regions of the psyche that experimental cinema reifies, even for an audience that doesn’t want to think while watching a film.
Prague engages in the unexplored, taking us into a world of despair and anxiety. Shot with splendid serenity, the movie has plenty of visual beauty to savour of the Czech Republic.
But secreted in the splendour are the murky secrets of human foibles which come rushing to the surface in unguarded moments of desperate anxiety.
Standing at the vortex of this psychologically disconcerting treatise on a mind that doesn’t follow what the heart says, is the enormously gifted Chandan Roy Sanyal playing an architect whose romance with structural precision mocks the crookedness of his inner world.
The more Chandan seeks symmetry in his life the more it eludes him, until there comes a time when the real and the illusory worlds come together in a stifling embrace.
Prague opens in India where the dynamics of Chandan’s inner world are manifested in his relationship with an undependable Indian girl named Shubangi and his two closest friends Gulshan (Kumar Mayank) and Arfi (Arfi Lamba) one of whom, we soon realise, is dead.
This is when we begin to realise that Chandan is losing his mind. As he and his two best friends move to Prague, the stage is sturdily set for Chandan’s descent into hell.
Each step of the character’s decline into a world of hefty hallucination is chronicled with compelling crispness. The editor uses components from the real world and the ‘reality’ according to Chandan in a play of hide and seek.
Then there are the songs, so well used. RD Burman’s Meri bheegi bheegi si in the Hindi and Bengali versions, and some achingly haunting Czech songs that recur in lovelorn loops of longing.
There are passages in the storytelling where the world of the imagination blends into the real world. The collision point where the two worlds meet is well controlled by the director, although at times you fear the narrative lapses into self-indulgence.
There is plenty in Prague where the motivation is questionable. Why does Chandan act the way he does? He clearly embraces all the confusion, complexities, insecurities and insanity of his character.
The casting of Chandan’s two friends is also of the utmost importance. The cocky self-centred Gulshan played by Kumar Mayank, is the most fatally charismatic character in this intricate jigsaw of light and death. And the wimpy, whiny, over-possessive Arfi.
Elena Kazan, last seen in John Day, is forced to join her lover in his journey into hell, bringing a whole lot of tragic charm to the proceedings.
Not all of the events in the film make sense when judged against conventional populist elements. The very powerful Chandan plays an artiste on the brink. As he topples over, we get a vivid view into the abyss that separates man from madness.
Though not an easy breezy journey, Prague takes us into the heart of darkness.
What we see is a world manned by betrayal. As Chandan’s world falls apart, the film gathers its strength from the rubble that he collects around himself. Sometimes seeing dead people is about attempting to remain sane in a world that is defined by eccentricity and death.
Prague is a tough film to digest. But who said life in the movies is only about the unbearable lightness of being stupid?