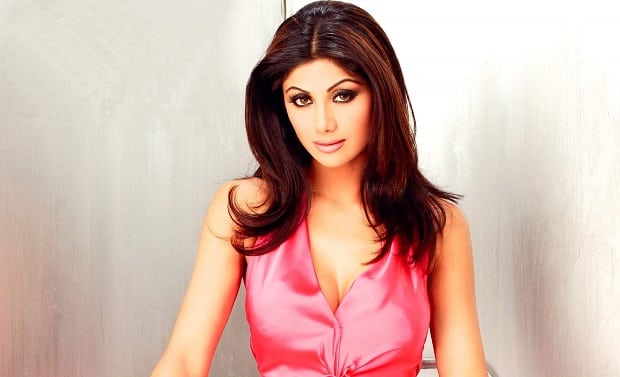 Bachchan turns 71
India’s super-mega-star turned 71 on October 11, with the nicest gift being his toddler grand-daughter singing ‘Happy Birthday!’ Yes, Amitabh Bachchan, the undisputed legend of Bollywood is a super septuagenarian, but he’s still raring to go. He is looking forward to new challenges and wants to continue as long as possible.
“I only hope challenges keep coming and as far as possible, and as long as my health permits, I keep working,” Amitabh said to the media on his birthday.
Amitabh also posted on his blog. “A strange calmness descends on the eve of the clock that strikes 12 midnight… the family, the few that are in town, bring in the greetings, the ‘little one’ ably tutored sings a ‘happy birthday’ to herself first, and then, after suitable prompting, to me… it’s these little moments that make up a birthday”. Aaradhya will turn two on Nov 16.
And in keeping with his legendary generosity, Amitabh also announced that he has taken up an initiative to provide electricity to 3,000 houses in rural India using solar power. The Harivansh Rai Bachchan Memorial Trust (named after his poet-dad)and Urja Foundation have come together in the endeavour to provide solar-powered lights to small villages hitherto deprived of electricity.
“The electricity will be provided through solar energy free of cost to small villages,” he said.
So as we wish the Big B a happy birthday, let’s hope he continues to enjoy the contentment of his family and work and the adulation of his many, many fans!

Sonam for the small screen?
Veteran actor Anil Kapoor is trying to change the face of Indian television with his debut show 24, which has received wide appreciation. And if the buzz around Bollywood is to be believed, daughter Sonam is ready to follow in her successful father’s footsteps.
The charming actress has reportedly received offers to make appearances and to judge reality shows in the past.
“Sonam is very popular among kids, especially teenagers for her fashion sense. So much so that the actress keeps getting offers to make appearances on kids based reality shows,” said a source close to the actress.
However, for Sonam to consider such a project seriously, it has to be interesting enough.
“She is open to doing television shows when something which interests her comes along,” the source added.
Sonam has had a string of successes to her name, the most recent being Raanjhanaa and Bhaag Milkha Bhaag. She is now gearing up for her upcoming movie Khubsoorat, a remake of the Hrishikesh Mukerjee-directed 1980 family drama which starred Rakesh Roshan, Rekha, Ashok Kumar and Dina Pathak. The remake is being produced by dad Anil Kapoor, and Shashanka Ghosh is directing it.
So if Sonam’s planning a stint on the small screen, its likely to be only with daddy’s blessings! Let’s hope that comes her way soon!

Gopal Varma
Filmmaker Ram Gopal Varma is going to great lengths to explain to anyone who asks, that the word Satya in the title of his next film Satya 2 should only be interpreted as a pseudonym. Why would anyone care to know, you may ask. Well, he doesn’t want the audience to consider the forthcoming movie as a sequel to his 1998 crime thriller.
“Satya 2 is all about the ‘truth’ about two characters’ journey,” RGV explains. “Aman (a character) gets off a train in Satya and what happened to him, that was about truth. The name is almost a surreal application of what his life is about,” the 51-year-old said in an interview recently
“This (Satya 2) is in another time period, another man gets off a train in Mumbai. So the similarity is about the truth. The name is a pseudonym rather, not to be taken literally,” he added.
Varma has cast new actors in the film and says that since his characters are raw, only new actors could have pulled them off well. “As far as Satya 2 is concerned, I don’t think it is a risk (to have new faces). Specifically because Satya has raw, realistic characters which only new actors can deliver,” he added. Satya 2 stars Puneet Singh, Anaika Soti and Aradhna.
Debutant Puneet Singh says he plays a “corporate style gangster,” and he hopes that the audience appreciates his work. “His way of working is different, his thinking is different. He does not kill his adversaries himself. He plans and he is a corporate style gangster,” Puneet said, explaining the role. Like his mentor, Puneet too, insists that Satya 2 is not a sequel or a prequel. Well, I guess we’ll have to wait and see, won’t we?

Urvashi aims at acting, not stardom
Model Urvashi Rautela, who is set for her acting debut with Sunny Deol in Singh Saab The Great, says she aims to be an actor, not a star. At 19, the attractive young lady has already got a lot to her credit. In 2009 at just 15, she clinched the Miss Teen India crown. Two years later, she won two titles, Miss Asian Supermodel and Miss Tourism Queen of the Year International. In 2012, she bagged the Miss Universe India title, but was later dethroned because she didn’t meet the age requirement. Nevertheless, she is raring to go.
The winner of several beauty pageants is also a popular name in the ad world. Now, she has a three-film contract with director Anil Sharma. Urvashi says she wants to be recognised for her acting skills rather than stardom.
“I don’t want people to treat me like a star or call me one. I want to be an artist… an actor who acts really well,” said Urvashi recently.
True to being an actor, she doesn’t mind playing the love interest of actor Sunny Deol who is over 35 years older than her. In Singh Saab The Great, her character’s name is Mini. Sunny will be seen fighting for her in the action love story.
“I am being a professional. Age is just a number. When you’ll watch the movie you’ll see great chemistry. My character is lovable. I am playing a damsel in distress and he (Sunny) fights for me, so it’s special,” said Urvashi, who would like to work with the Khans (Shah Rukh, Salman and Aamir) of Bollywood someday.
The model, is also excited about a song, which she says, “Is totally my song. It’s Mehandi lagwaje. It’s very special because I’ve danced on it and is quite similar to what Sridevi did in Mere hathon main nau nau chudiya hai,” she said.
Urvashi seems ready to conquer Bollywood after the catwalk. Let’s wish her all the best!

War is the best for Javed
Well, not literally! But actor Javed Jaffrey is terribly enthusiastic about his film War Chhod Na Yaar, claiming that it is one of the five best films in his career of 28 years. “I am happy and very excited. In my career of 28 years, this is one of my top 5 films ever. The way this film has been written and presented, it is a beautiful film and I am proud to be a part of it,” said the 52-year-old actor at the recent premiere of the country’s first war comedy.
Javed started his career in 1985 with Meri Jung and featured in films like 100 Days, Fire, Earth, Jajantaram Mamantaram, Dhamaal, Salaam Namaste and Singh Is Kinng among others.
War Chhod Na Yaar is India’s first war comedy but Javed is confident that the audience will lap it up. “The audience has changed and now they are open to accepting a different film, if it is good,” Javed said. “Be it drama, suspense, thriller, and romance, if the entertainment quotient is right, the film will work. Like Vicky Donor was a new theme, Kahaani was a suspense thriller and worked, also Kai Po Che worked. So similarly, War Chhod Na Yaar has a message, it makes you laugh but also leaves you thinking,” he added.
Directed by debutant Faraz Haider, War Chhod Na Yaar also stars Sharman Joshi and Soha Ali Khan. Let’s hope the audience agrees with Javed and that War… breaks, not bombs the box office!

The Kundras are back!
Businessman Raj Kundra and his actress wife Shilpa Shetty unveiled the teaser poster of their debut home production Dishkiyaaoon. It is as commercial as its title, says Kundra. Starring Harman Baweja and Sunny Deol, the action thriller will also introduce newcomer Ayesha Khanna. The project marks the directorial debut of Sanamjit Singh Talwar. “Dishkiyaaoon is as commercial as the title. I am very excited it’s our debut film project. Especially for Harman who looks amazing and Sunny paaji in a different role never seen before,” Kundra said in a statement.
Not to be outdone, Shilpa said, “We are very excited about our very first production. In keeping with our mission, this is a splendid script that will reach out to the large mainstream audience”. The poster shows one half of Harman, who seems to have built a perfect set of abs for the movie. The talented Sneha Khanwalkar will create music for the movie, which aims to shed new light on the Mumbai underworld through the eyes of contemporary real characters.
The film went on floors earlier this year, and it is scheduled to release mid-January. So let’s see what the Kundra clan have up their sleeves.