At last, an intelligent Bollywood whodunit 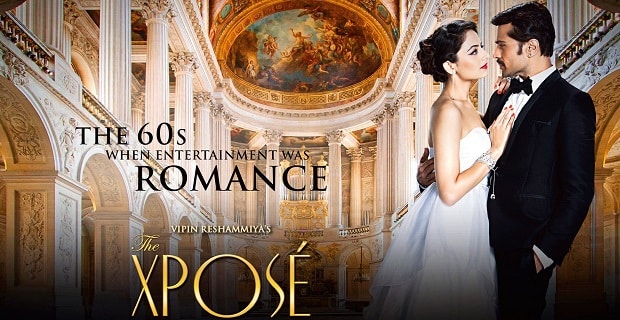 When was the last time we saw an intelligent and entertaining whodunit? Normally, all they do is line up a slew of stiff cardboard suspects trying to look guiltily into the camera, and pick one of the gallery of eccentrics as the one whodunit and impute a silly motive on him.
Director Ananth Mahadevan goes at the whodunit with a relish that communicates itself to the audience. Set in the film industry during the late 1960s, there is a flouncy flair and glossy aura to the story telling.
Mahadevan recreates the impassive allure of the entertainment industry with his tongue lodged firmly in his chic. You can’t miss the broad references to the gossip, scandal and rivalry of the film industry. Playing a southern superstar with an arrogant self-regard that rivals the legendary haughtiness of ‘Jaani’ Raaj Kumar, Himesh Reshammiya is reborn as an actor. His piercing icy-cold eyes give away nothing, and everything. He is a man in love… with himself, then with a woman who he can’t bear to see go astray.
Every actor, from Nakul Vaid as a matinee idol grappling with suspicion, to newcomer Zoya Afroz as a star on the rise struggling to remain virtuous in a world built on artifice, and Sonali Raut as the slutty ambitious star on the rise who sleeps around for a price, is cast well and given a chance to effectuate his or her playing-time with punctuation marks that may not be written in the plot.
Yo Yo Honey Singh makes his Bollywood acting debut. Playing a spoilt, pampered, deceitful music director who marries into money and undeserved inheritance, Yo Yo imparts a certain innocence to his character’s duplicity and greed. He isn’t the villain but a victim of his unquenchable appetites.
Himesh plays a superstar who falls in love with his latest heroine but is unable to confess all to the girl. The theme of unexpressed love provides a tantalising subtext to the sizzling, boiling, simmering plot filled with characters who can’t tell the difference between life in the studios and outside.
The murder happens in the second overture during a grand after-party where two rival actresses come to blows. The eventful colourful film never fails to take swipes the world of the make-believe. Intrigue, envy, jealousy, rivalry, suspense and murder… this is the masalaland of the 1960s as seen through the winking, glinting eyes of a director who understands the machinations of the entertainment industry.

Normally films set in the entertainment industry end up taking themselves too seriously. The Xpose careens between a mood of gratuitous satire and earnest regret for a world where sham is the name of the scam.
Yup, there is no business like show business.