An ode to the city's invisible populace 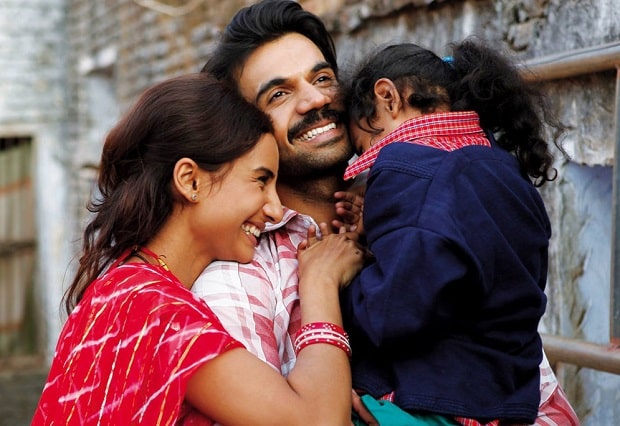 Film: Citylights
Starring: Rajkummar Rao, Pratilekha, Manav Kaul
Director: Hansal Mehta
Rating: ***
The city sucks. Sucks in the uninitiated, swallows up the innocent wholesale, diminishes the ego. If you happen to be one of the multitude of faceless migrants, you are in for a really gruelling time.
Citylights is Hansal Mehta’s ode to the invisible people, those people populating the pavements we often see from our moving cars. Mehta zooms in on the life of one such family – with such intensity and passion that we cannot come out of their world even when their lives become unbearably hurtful.
As Deepak Singh (Rajkumar Rao), his wife Rakhi (Patralekha) and little daughter relocate from their small universe in Rajasthan to Mumbai, we watch in numbed silence their initiation into the world of disillusionment and heartbreak.
Mehta’s camera captures the happy family’s world come apart at the seams. The brutal cruelty of the concrete jungle leaves us flummoxed and frozen. The plot as it thickens in the second half, doesn’t allow any elbow room for distractions. The protagonist’s journey into the heart of darkness is immediate, and irreversible. What Mehta does is to show us the fatality and finality of lives thrust into the bowels of the city.
Not that Mumbai is shown to be entirely lacking in kindness and compassion. Deepak and his wife encounter good people too. It’s not the people who are callous. It’s the daily grind that makes them self-centred and uncaring.
Mehta’s ode to the remorseless city is suffused in a lived-in pain. Only an artiste who has suffered the first-hand humiliation of rejection and compromise could do the sequence such as the one where Rakhi auditions for a bar girl’s job. Mehta furbishes such stark moments with an astute and rigorous honesty.
In that scene, Pratilekha strips herself of dignity. She’s a revelation. But then so is the actor (Vinod Rawat) who plays the bar owner. If she epitomizes the exploitative underbelly of the city, he too is a victim of a system that thrives on exploitation.
Moving completely away from the original material (Sean Ellis’ Metro Manila), Hansal Mehta constructs a vertiginous spiral of desolation and dejection. And yet if there’s so much cruelty happening all around to the people who know no better life than the one that the city doles out to them, there are also bursts of empathy from the most unexpected places.
The arrival of the character played by the very accomplished actor Manav Kaul signals the “thriller” movement of the plot. Miraculously Mehta never loses grip of the film’s exacerbated emotional quotient. He charts the migrant family’s craggy path to doom and destruction with a fatal inevitability. The film uses natural sounds and incidental images from everyday life to imbue visceral vividness and vitality.
A remarkable equilibrium runs through the moral fibre of the film. Ritesh Shah’s sensitive script doesn’t look for villains to make his protagonists look sympathetic.
Mehta could have avoided the wall-to-wall songs in the background. Though the music is evocative, it tends to overplay its welcome. This film doesn’t need to depend on adornments for effect.
Rao’s stark performance seems like no performance at all. Just like the city that swallows the impoverished migrant, he disappears into his character, much like Balraj Sahni in Bimal Roy’s Do Bigha Zameen, the classic tale of the homeless migrant to which Mehta’s haunting saga of the indignity of poverty owes emotional allegiance. Patralekha with her haunted eyes and evocative pain-lashed voice is the find of the year.
Citylights will remain with me for a long time. Gripping, glorious and unforgettable, it is a shattering, life-changing experience.
Subhash K. Jha