Which upcoming OTT releases have caught your eye? 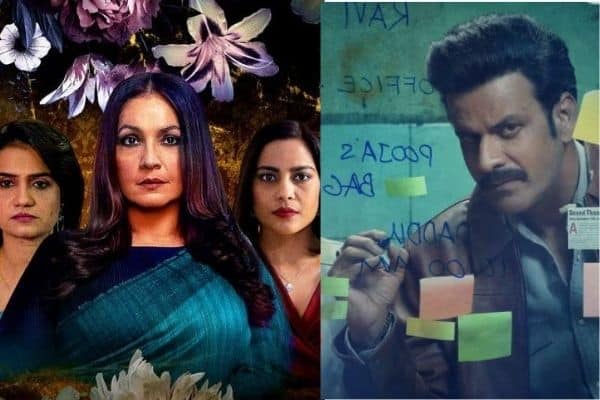 After the award-winning Lipstick Under My Burkha (2016), director Alankrita Shrivastava is back with another empowering series about women. Set in urban India, Bombay Begums looks at the unconventional lives of its five leads, who come from different walks of life. It stars Pooja Bhatt, Shahana Goswami, Plabita Borthakur (known for her role in PK), Amruta Subhash, and Aadhya Anand.

The film made the festival rounds last year (including Melbourne International Film Festival) but it’s finally making its OTT release. Bombay Rose, directed by Gitanjali Rao, is India’s first animated film to be selected to open Venice Critics’ Week, and rightly so. The film is a visual treat that took 18 months and 60 artists to create. The amazing graphics are the result of frame-by-frame painted animations, set in the filmy style of Bollywood.

After the massive success of Stree in 2018, it seems like Bollywood has embraced the horror-comedy genre. Upcoming film Roohi stars Rajkummar Rao, Janhvi Kapoor, and Varun Sharma in the lead roles. It’s become quite popular for its hit song “Nadiyon Paar” (which many might know from “Let The Music Play” in the early 2000’s) – and because it marks one of the newest releases in cinemas since the pandemic.

Line up outside your nearest cinema hall, because Roohi releases on 11 March.

Announced last year on the 12th anniversary of the Mumbai terror attacks, Mumbai Diaries 26/11 pays tribute to the doctors, nurses, and other medical staff who were on call during the attacks, working against the clock to saves hundreds of lives. The medical drama stars Konkana Sen Sharma, Tina Desai (of Sense8 fame), Mohit Raina, and Shreya Dhanwanthary. It’s created and directed by Nikkhil Advani, along with Nikhil Gonsalves (director of Netflix’s Hasmukh).

Also titled Silence… Can You Hear It?, this murder mystery stars Manoj Bajpayee in the lead role, alongside Prachi Desai (in her OTT debut) and Arjun Mathur. The film looks at the mysterious disappearance of a woman, and the lies that surround it. Interestingly, Silence is directed by actor, director, and writer Aban Bharucha Deohans, who has previously created short film Teaspoon (2015) and starred in Dear Zindagi (2016). Silence on 26 March.

Silence releases on 26 March on Zee5.

Starring Sanya Malhotra in the lead role, Netflix’s Pagglait follows the tale of a young widow who struggles to come to terms with the death of her husband, while continuing to live with her quirky joint family. The cast is rounded up by talented names like Sayani Gupta, Shruti Sharma, and Ashutosh Rana.

Get your popcorn ready, because Pagglait begins streaming on 26 March.