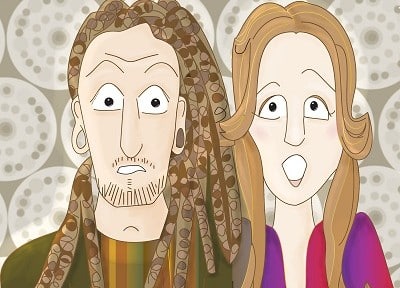 With some rare exceptions, all parents want what is best for their child or children. When children are young they are cared for and nurtured, with parents protecting a young child from cold, hunger, from predictable and imagined dangers, from uncertainty and risk. Parents croon and swaddle, cradle and cleanse.
As they get older, parents try and shape what they believe their child can become. They ask, “What will you be when you grow up?” as if the imagined future is something a child should attend to as a prize worth more than today’s safety, today’s lessons and imminent age-appropriate challenges.

And so time passes in a mix of days where daily effort, if noticed, is affirmed with references to tomorrow; about what could be. Current achievements are only seen as relevant in tomorrow’s world, as envisioned by adults in their picture of success.
Children find their lives become marked by adult concerns: homework, assessments, assignments, exams, certificates of achievement, awards, and maybe even plastic trophies painted silver or gold. And, later, job titles and other symbols of status.
Meanwhile, obedient children develop two voices: the inner voice that knows and counsels them, and the other voice. This other voice is a combination of what parents say, and going deeper, what they mean, despite reassurances. The weight of expectations coming from the community, school, and ‘success’ and a title and a degree and a vocation and a definition worth stamping and framing.
In most children, these two voices wrestle, one pulling forward saying, “we know what you could be” and the inner one saying, “I wish I could be seen”. So, within a child are tensions between what I am and what I am meant to be.


These tensions make children do what their parents want. This can be seen when a child looks at their parent’s face when given a ‘choice’. It can be seen in the child who apologises even though they have done nothing other that articulate what they would like. Every time a child says sorry, simply for taking an option a parent believes they should not, the child is faced with either guilt or the prospect of failure. The guilt arises from allowing themselves the honesty of listening to themselves – for surely they are not worthy? The feeling of failure arises from the perception that not doing what their parents want is tantamount to blasphemy. And the undercurrent throughout is a pervasive feeling of lack of worth.
But here’s the thing. Children, adolescents and young adults who apologise have already internalised the parents’ expectations. They already know what they should be, what is required of them and what brings affirmation and praise. They already want to please their parents and other authority figures. It takes brave children, of any age, who will face critique but make their own decisions.
Maturity begins the moment a child starts making their own decisions against a parent’s logic. For example, weighing up vocational prospects from varying university courses. A fifteen-year-old boy I know moved away from his mother living in the country, to live with his father in the city, deciding that urban schools offered greater choice. That decision caused him angst for months as he wrestled with how to tell his mother. He had the courage of his convictions and did not shy from what he needed to do.

The child who learns to speak up, models bravery in the face of rejection and uncertainty. Children want to please their parents, make them happy; to make choices that they know their parents will overtly or covertly disapprove of takes courage and inner conviction. These are the very qualities that we admire or respect as adults seeking to engender strength and independence in children. It takes a brave parent who is prepared to embrace vulnerability and still support their child and their choices.
Parents who face children being themselves generally fall into one of two camps: those who shrug and give up, throwing their arms to the heavens, bewildered and frustrated; and those who critique, over guide, give a running commentary on all the faults associated with the child’s decisions or options and effectively cajole compliance.
Between these options there is a huge middle ground that I call “being”. This place is one of acceptance tempered with wisdom, where commentary is reserved rather than reflexive. Observations are made, and adults in this space of mostly stillness may be surprised: their growing child is not making consistently reckless choices. Children do develop insight, they can learn from their mistakes, they are far more resilient than we think and, most of all, they do ask for advice and share at the times they feel safest and most open.
They also almost always know how their parents feel about their choices, even when the parent has not spoken or indicated any preference. If we can get to a state of being then the child can also learn and accept being themselves.
- Advertisement -
Share
WhatsApp
Facebook
Twitter
Linkedin
Previous articleMeet the chef
Next articleAsk Auntyji: Baby names and self-esteem