Bullies and an angry world

What happens when those you expect to empathise and protect you from bullying become the cause of it? 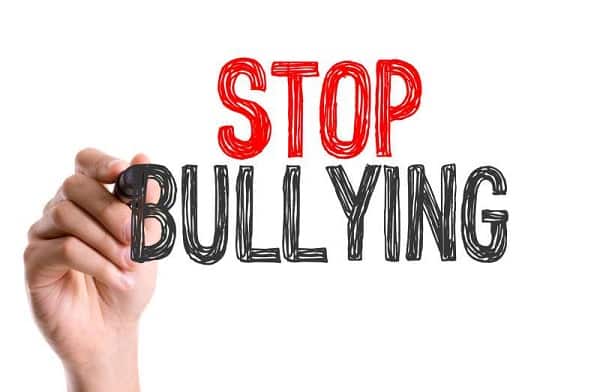 Reading Time: 4 minutesParents and children are increasingly finding themselves in an angry society. A survey of parents that I conducted recently revealed that parents believe the world generally, and their immediate society particularly, is angrier than they can ever remember. A pause to reflect on our experiences will reveal that this is the universal contemporary experience.
One person characterised the increase in anger between people as resulting from a dislocation from society arising from overcrowding and resulting competition. This interesting perspective may part-explain the bullying and vying for attention seen in competitive, rather than collaborative, school environments.

Anger is manifest in the way we experience the commute to work or school. It is evidenced in the bullying that occurs online, behind the veneer of anonymity. It is seen in the increased number of children bullied to death as a result of school-based issues that extend into the home. It is seen in the righteousness of complaining via Facebook, Twitter or other online fora rather than addressing issues more personally and humbly. It is seen in the immediacy with which people articulate dissent, dissatisfaction or inequity in treatment or anger at those perceived to be flouting rules. The culture of narcissism may also part-explain the culture of anger.
When parents and organisations fail to see anger in themselves, or fail to listen to vulnerability, then children suffer. A parent, hell bent on blaming a school for their child’s anxiety arising from bullying, may forget to remove their child from the situation. Moreover, a school hell bent on keeping concerned parents at arm’s length, whilst dealing in a culture of reassurance combined with inaction, disempower the family as well as exacerbate the issue and worsen the bullying.
One young man I know has had teachers say to him in a full class recently, “Why are you so dumb?” and “When the guest speaker comes you are being told NOT to ask any questions”. What culture of safety does this engender? What does this tell an adolescent to say if being bullied? Who is safe and who is role-modelling bullying behaviours?
Listen mindfully
Slowing down and listening without characterising a child as a ‘dobber’, and properly investigating perceptions where a child is feeling unsafe, takes real effort and time.
This is true in both families and schools. In families it takes more than telling children to ignore the bullies, be strong or fight back.

In schools, it takes more than a policy. It also takes training in listening and understanding perceptions, feelings and emotions. It means acting against bullies, rather than just making them apologise, while watching bullying be repeated.
Most people believe they are good listeners, but the measure of this is whether a person can accurately tell how another person would be feeling in different situations that create feelings of vulnerability, powerlessness, anxiety and uncertainty.
Understanding feelings is evidenced when people can actually name emotions. Dozens and dozens of emotions – not just “bad” or “good”, “angry” or “sad”. It is not evidenced when people say, “I hear what you are saying”, or “I understand”. It is not evidenced when people say, “How do you feel about that?”
Rather, genuine or authentic empathy is evidenced when a person listening can tell the speaker how the speaker, in a situation described by the speaker, feels.
To do this means cultivating a language all of us are exposed to daily, but rarely practice or articulate – the language of feelings – universal to all, common to people regardless of gender, culture or age.
However, to learn this language requires people to allow themselves to become vulnerable – even if only to admit that what is freely available can be very hard to grasp, understand, utilise and apply. It takes time to actually name emotions, own them and learn to be okay with a range of feelings.
Counting against teachers and parents is that there is a contemporary focus on, and valuing of, rational thinking and scientific understanding. Feelings or emotions are unlikely to be distinctly linear. Further complications arise with respect to lack of time and increased distractibility – twins that assist in divorcing adults from their capacity to listen and truly learn how their children feel.

In my experience, even psychiatrists who work in adolescent mental health can struggle with empathy. When asked how an adolescent would feel going to school after being severely bullied, an adolescent mental health psychiatrist ventured the word “bad”. I prompted further insight but nothing was forthcoming. I suggested perhaps anxious, cautious, wary and uncertain would be in the mix.
Rather than engaging with an opportunity to listen and learn about feelings, the psychiatrist opted to critique my efforts by resorting to bullying. I was asked to quote from “peer-reviewed, evidenced-based scientific studies” as to why listening and articulating feelings would demonstrate better care than rationalising emotions. This was followed by an unwarranted attack that premised science over lived experienced or indeed, what is obvious to counsellors and those trained in active listening.
What hope do our young people have if their advocates are bullied by those expected to be able to empathise and who coincidentally work in adolescent mental health?