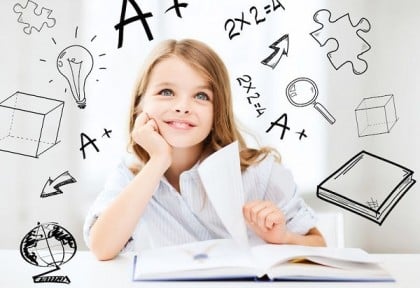 Why we must accept that giftedness is a rare trait

There is an oft-quoted educational maxim about students that characterises them as follows: “All students are gifted – in their own way.” Proponents of this view smugly cocoon themselves in the self-righteous inclusivity of this statement. However, the actual statement is one of egalitarianism pushed to the point of educational idiocy. In one statement the needs of intellectually able students are wholly dismissed whilst simultaneously, the needs of all students are devalued.
Consider the following prior to the analysis.

In the realm of different aspects of human activity, is it ever said, “All students are elite athletes – in their own sport”?
Do we ever say that, “All students can sing perfect notes – in their own style”?
Or “All students are creatively brilliant – within specific design parameters”?
Or even “All students are highly skilled dancers – in their own way”.
To say these things would belie the truth. Indeed, we might question the motives of the speaker. This is because some students have particular aptitudes, skills and strengths and these particular aptitudes are not universal, common or easily seen in others. Obviously not all children can be elite athletes even if they train. Similarly, truly talented singers are few as the ability is rare. Why then should highly advanced thinking ability be characterised as ordinary or within the realm of each and every child?
The issues with the statement “All students are gifted – in their own way” are numerous. These start with a misunderstanding of what ‘giftedness’ actually is, and extend to misunderstandings about cognition and IQ, asymmetrical development, asymmetrical intelligence and what innate cognitive abilities are usual.

Nomenclature aside, for a child to be classified as intellectually ‘gifted’ they would have an intelligence quotient (IQ), as measured on a psychometric test, of 2 or more standard deviations above their same age peers. This equates to an IQ of 130+. Two standard deviations above their equivalent aged peers would mean that such students would be in the top 2% of peers in terms of intellectual ability. If a child’s IQ is 145 or above then they are in a group of 3/1000 students. By definition, it is not possible for “all students” to be 2 or 3 standard deviations above their age equivalent peers. To say so demonstrates either exceptionally poor understanding of mathematics or exceptionally poor understanding of the reality of intellectual giftedness. Gifted students are, by definition, a minority of students and they will always be clever even if educators ignore them, disparage cognitive strengths or fail to recognise it.
The situation with respect to cognitive ability is complicated when looking at the individual components of IQ. In psychometric testing there are a number of components such as Verbal Comprehension, Fluid Reasoning, Working Memory, Processing Speed and Visual Spatial that make up an IQ score. Each of these is given an index score and if these indices are not too disparate they can be compiled into a single number called the Full Scale IQ (FSIQ). Any number significantly above OR BELOW the average of 100 requires specific educational intervention.

Sometimes it is not possible to give a single number as the individual component indices are too disparate. Under such circumstances a student may score highly on three or four components but below average on one or two components. Such students are often called “twice exceptional” as they may simultaneously have very significant cognitive abilities and also significant difficulties in aspects of learning, processing or memory.

Not defining a student by a number

No true educator would believe that a number such as IQ should define a student. All that an IQ score may indicate is that a student may be in need of enrichment, extension or other specific intervention to cater for their ability.  Indeed, the actual score is meaningless without looking at the actual IQ components, as these components indicate specific cognitive strengths and/or relative weaknesses. Should expecting a student’s needs to be met, mean that a family is either elitist or “pushy”?

The real issue for educators is not that all children are not elite in their thinking. It is that all children are unique and that each deserves as much differentiation as is necessary for them to grow academically. This is the case whether they are particularly bright, average in ability or in need of remedial support, or a mix of these.
Smart educators do not characterise all students as elite athletes because most are not. They do however, encourage participation in sport and expect that all children will grow and will to learn to attempt activities even that are difficult. We would not expect elitely athletic students to ‘teach the others’ as that is the role of a mentor or coach. In the same way ‘fast finishers’ should never become an outsourcing tool for teachers to assist in teaching other learners.
All children are unique. They are gifts, undoubtedly. But only very few are academically gifted and these students should be understood, encouraged, supported and valued rather than disparaged, maligned, ignored, defined by any weakness (such as poor handwriting) or homogenised.