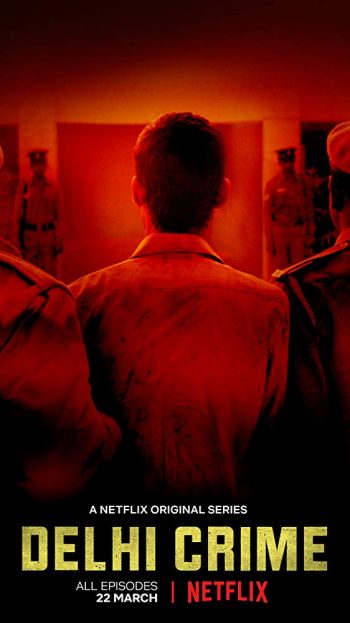 It isn’t easy being on the right side of the law when all you get for your efforts is brickbats and insults from fence sitters.

To say that this disturbing but finally redundant real-life crime drama whitewashes the khaki uniform, would be frivolous and irresponsible to the extreme. What it does do, is to humanise the police force by showing a cluster of fiercely committed police officers (women, in this story) driving themselves over the edge to nap the perpetrators of the crime.

Did the cops on the case really show this level of commitment? Does it matter? Heroism on a level where it heals society is unquestionable.

Recreating in vivid vicious colours the events before, during and after the life-changing ‘Nirbhaya’ gang rape in Delhi, this seven-part series spares us the brutality of watching the rape but protects from none of the trauma and horrific aftermath of a crime that shook the conscience of the nation.

As we hear our drama’s hero Vartika Chaturvedi say, this crime was different, the savagery was unprecedented. She got it right.

I will never forget the sequence where the ravaged girl is rolled into the hospital bloodied, brutalised beyond all human explanation, in pain beyond all endurance, and yet tells her father, “I will be fine”.

We do that all the time. We keep saying things will be fine when we know they will only get worse.

Director Richie Mehta negotiates with powerful hands the many hurdles that a crime investigation so complex must face. This is a very professionally handled crime drama, superior to some of the real-life crime dramas on television (some of which are not bad at all) mainly for the level of performance director Mehta gets out of the cast especially Shefali Shah.

But it doesn’t achieve that level of emotional impact that I expected from the product considering the fine talent that’s gone into it.

There are two reasons why Delhi Crime stops short of being a masterpiece on real-life crime. For one, it holds back way too much of the angst probably to appeal to a global audience. The attempt to subdue the sheer insanity of the crime is admirable but eventually a fatal error of judgment.

A more immediate crisis of efficacy emerges from the fact that Delhi Crime resembles a very recent Netflix film Soni which was in every way a superior work. The domestic disarray in the life of the female cops and the professional dynamics between two female officers in Soni is echoed here in the rapport that grows between the two cops played by Shefali Shah and Rasika Dugal, both in fine form, imbuing the contours of crime with an implosive reined-in anger at a system that fosters inequality and brutality.

Shefali Shah is especially powerful. She is compelling because her anger is internalised, palpable. She not only anchors the series with her persuasive presence, she also diminishes and decimates the rather disturbing feeling we get that this sort of stark recreation of India’s most well-known sex crime serves no purpose except to remind us that the change we hoped to see in the number of rapes in our country, never happened.
Nirbhaya lives, and dies, again. Long live Nirbhaya.