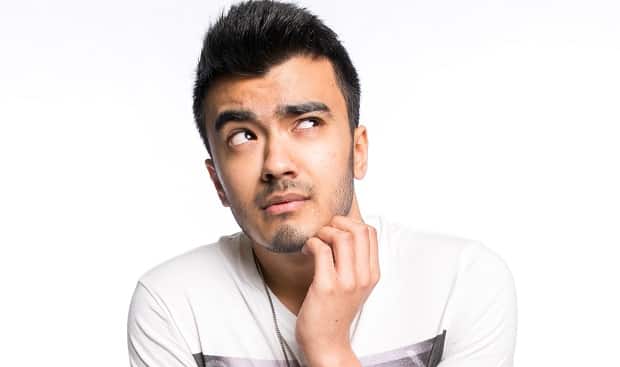 Walking along Broadway a few days ago, I chanced upon a poster on a lamp-post with an Indian face. Intrigued, I stopped to read and saw that it was an ad for stand-up comedian Neel Kolhatkar’s show at the Harold Park Hotel in Glebe. Now this is an old chestnut – Indians don’t have a sense of humour. We take ourselves too seriously and don’t appreciate jokes against ourselves. This is certainly changing, as the success of shows like The Great Indian Comedy Show and Comedy Nights with Kapil show. Indian stand-up comedians are however a rare breed. I felt I had to see Neel perform and soon one evening I was at the crowded pub with about a hundred others laughing at the ribald jokes and bold statements of this 20-year old. There were quite a few race gags and perpetuation of stereotypes, so atrocious that you couldn’t but laugh at the preposterousness which Neel pulled through with his charm.

It was a brave act and the some of the braver audience members were obviously enjoying themselves being the butt of the jokes. A young man from Mount Druitt took all the jibes at his suburb and the generalisations about being from ‘out west’ in good humour, as did the older gentleman in the front row. Neel had a way with all age groups and many of his fans were familiar with his style of humour from his immensely popular YouTube videos. His crowd interactions and confident stage presence was amazing for such a young man; some chinks of discomfort quickly covered up with yet another disarming statement or wisecrack.

Neel is described as a YouTube sensation ever since his clip, Australia in 2 Minutes, went viral. It collected over a million views within three days of release. Specialising in imitations of accents and cultural representations, Neel uses his observations of society and his surroundings very cleverly and delivers his performance with an amiable style. His comedic CV includes a run at the prestigious New York Comedy Festival last year, one-man show at the 2012 Sydney Fringe Festival, performance at the GENeration comedY in Melbourne and Sydney, 130 000+ YouTube subscribers and 200 000+ Facebook fans.

Neel spoke to Indian Link over phone. Summarising his Indian links in his very Australian accent, Neel says “In terms of my heritage, I am a third generation Indian; grand-dad came to Australia in 1962. He was a statistician. Mum was 2 when they moved. I was born here in 1994. The extent of my knowledge of Indian languages is limited to a few phrases of Hindi and Marathi”. He well understands the identity issues of young people from migrant families – being and feeling totally Australian but being slotted as an Indian based on looks. It does not bother him personally but he says, “It can be confusing and not entirely beneficial and that’s something I do try to explore a little bit in my performances. I don’t try to focus on that a lot though. I do a few Indian jokes now and then and my YouTube videos have a few character flogs like the typical Indian father”. Careful about not wanting to be boxed as an Indian comedian and limited to doing Indian jokes and accents, Neel says he is more versed in talking about his observations of Australian life and culture.

So how did he launch into comedy? He laughs when asked from whom he had inherited his funny bone. He discovered in his early teens that he had a knack for comedy. His performance at Class Clowns, an annual search for Australia’s funniest high school student, gave him the Winner of Class Clowns 2009 crown. Winning this competition made Neel realise that stand-up comedy was something he wanted to keep pursuing. He admits that he always wanted to be a performer, “It didn’t matter whether it was film, stage, theatre or comedy, I just wanted to be an entertainer”. He realises the power of the Internet and YouTube for people of his generation and reaches out to his audience primarily through this medium. He has had to defer his studies of Economics at Sydney University as live shows and making YouTube videos for his comedy channel takes up all of his time. After HSC, he took a gap year to travel to LA, New York, London and Montreal, trying out and learning more from the stand-up comedy circuits.

With his incisive observations – cultural groups, media, society, all providing the fodder – everyone cops it in his broad strokes of exaggerations and character portrayals. The style itself is energetic and in-your-face. But love it or hate it, either way, Neel puts together a memorable performance as he recreates a comedic life from societal observations. Struck by the extent of profanity, I ask him if some may find it offensive. Neel is frank to say, “I understand it can be shocking for some people. Young people do swear a lot but what I do is an exaggeration. Just depends on the characters I portray. It’s just what I do, not what I condone”. He admits that he doesn’t swear as much in his personal life. Considerate about the sensibilities of some of his Indian Uncles and Aunties, he bewarns readers that some of his videos could be “off-putting”!

The Wealthiest Indians In The World