What a racist attack in Moscow taught me 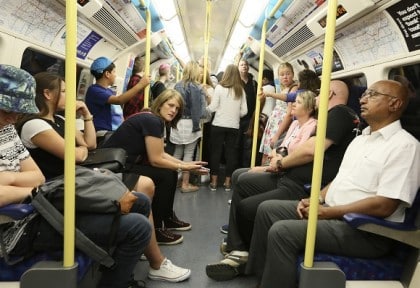 To live in the ‘safe’ side of town could be one option. Or, there is another

Like a faded movie star reinventing himself in a new image, racism is making a spectacular comeback across the world. Call it a push back against globalisation or plain old change resistance, but new social alignments have ensured that ‘post-racialism’ died an early death. It is the same movie across Europe, the US and now slated for a late release in our southern land.

Is it time to build that nuclear bunker then, you ask.
Not yet, says my experience from being at the receiving end of a racist attack in Moscow in 2007.
Ah, Moscow, Moscow! My beloved Moscow, like a haute damsel who welcomed me with pristine snow on a December morning. Don’t take too many risks when it’s dark, my legally prudent employer said in the T&Cs when they transferred me.
As such, new migrants arrive packing many fears in their slightly overweight carry-on luggage. Be home by 7pm at any cost, warned a well-meaning friend when I landed in Sydney. Is this city safe after dark, I asked an Indian-origin taxi driver the next day. Not for your wife and children, he said matter-of-factly. Do not fear the dark, I tell my son when he hesitates to enter his playroom at night. Fear the dark, says everyone when you step out to the street.
But it gets dark by 3pm in wintry Moscow! I often wondered, what really happens after dark?
Fun Fact: Irrational fear of darkness is called nyctophobia. It’s from a Greek word. Look it up sometime.
I stepped out to explore Moscow with two Indian colleagues when the sun was still up. I twisted my knee at the ice rink. Typical. So we headed home through the picturesque Moscow Metro and then the famed underpass near Belorusskaya. Dushyant walked. Vivek paced ahead. I limped.
I almost didn’t notice a group of four or five men coming from the opposite direction. I don’t remember how they dressed, but they didn’t look friendly. They crossed Vivek without incident, but when they neared Dushyant and me, one of them raised his arm and knocked Dushyant unconscious to the ground without provocation. As if on a cue, the group immediately encircled Dushyant and kicked him all over with their heavy snow boots. I was barely four steps behind. Frozen. Afraid.
For a few undisturbed moments, they kicked at him, stamped on him and brutalised him at will. This was the early years of the smartphone, or there would have been a video recording. Unconscious and bleeding from the mouth, Dushyant was on the ground. I finally drew courage and threw myself on him, blocking the kicks, and screaming, “Stop! Please!” Their attention turned to me. A few light touches primed me to a mighty kick that threw me back on the pavement.
A bruised face, an unconscious mate and shaken to the core, we crawled out of the underpass to relative safety. Vivek was untouched, but Dushyant is the lucky guy. He lost conscious memory of that entire day forever. I had a bruised face photo somewhere that died with a hard disk. Mortal things, these hard disks. Dushyant and Vivek both cut their visit short and went back to India immediately. I was asked if I wanted a transfer back. I decided to stay and explore the darkness.
Safety advice freely flowed after that at work. 1. Stay with Indian flatmates. 2. Keep to work and home. 3. Avoid the Metro. 4. Always travel in a group. 5. Never break the rules.

I scoffed at it all. I didn’t stay back to cower in the darkness. I stayed back to embrace it. I broke all the rules. I got myself a Russian flatmate. She had a wonderful cat and an eclectic group of friends who opened up my social life. I travelled mostly by public transport. I made a lot of Russian friends, hung out in the kopek cafes, haunted the Metro, the subways, and roamed the streets for whole nights in the summer. I even hitchhiked through rural Russia to the Hollow Hills festival in the summer of 2008, attracting amused glances from the country folk. I accidentally drove on the left side of the road once and was caught by a cop who graciously let me off with a “Go in peace, my friend!” I made every effort to avoid ‘safe areas’ and ‘safe company’. In fact, I lived life dangerously in spite of the first-hand experience with the risks.
Of course, not all of my experiences were pleasant. People tried to literally step on my toes in the Metro, men shouted abuse at me on the streets, someone even kicked at me and missed on the corner of Oktyabrskaya. At the same time, I also found immense love and interest in me, and my culture. I found instant compassion from strangers on the Metro when I collapsed with a kidney condition. I formed friendships for life in Moscow.
I conquered the darkness.
It is a lesson for life that changed how I approached problems; it is the exact playbook I’d use in the current times. Embrace the environment and make it your own. Be cautious by all means, but never let it grow into fear.
I meet scores of people from India in Sydney who speak that language of fear. Do not go out after dark, they all say. Live in the ‘Indian’ side of town. What they really fear is the hidden xenophobia that comes out when it’s dark. That vulnerability in a foreign land when no one is looking out for you.
Avoiding the darkness isn’t going to solve that problem. Because it may soon become dark even during the day with the current political climate. Where will you go then?