Bindeshwar Pathak has been honoured for his contributions towards culture and community. 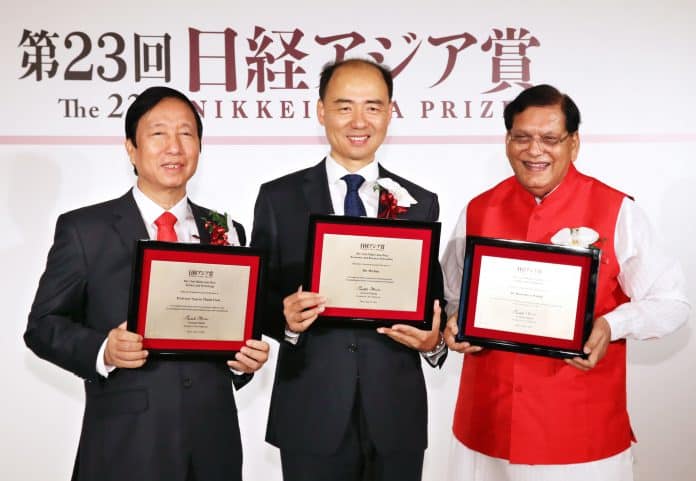 Reading Time: 2 minutesSocial worker Bindeshwar Pathak, the man behind low-cost toilet revolution ‘Sulabh Sauchalya’, was on Wednesday honoured with Japans prestigious Nikkei Asia Prize for his contribution towards culture and community.
Pathak, the founder of Sulabh International, received the award for the invention of two-pit pour-flush ecological compost toilets that help provide low-cost environment friendly toilets to millions in the developing world.


While accepting the award, Pathak dedicated it to the downtrodden sections in the society.
“This award will be another milestone in my commitment to the service of the society in Asia in particular and world in general,” Pathak said in a statement.
The award was presented by Naotoshi Okada, President of Nikkei Inc, to Sulabh International founder, here on Wednesday.
Former Prime Minister Manmohan Singh and Infosys’ co-founder N.R. Narayana Murthy are among few Indians who have won this coveted prize in the past.
While conferring the award, the Chairman of the Award Committee Fujio Mitarai said Pathak was being bestowed the honour for “tackling two of his country’s biggest challenges – poor hygiene and discrimination”.