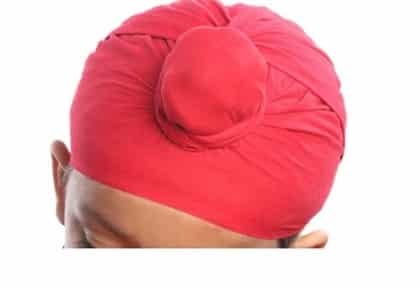 Most schools, even those with strict uniform policies, are flexible about the turban. RAJNI ANAND LUTHRA reports

The Indian community has been left aghast this week as a young Sikh student was denied entry by a Melbourne school for wearing a turban. The school claimed the religious head gear was not in conformity with its uniform policy.
The five-year-old child’s father, Sagardeep Singh Arora said on SBS, “It is disappointing that my son has been forced to abandon his religious identity for access to an education in Melbourne’s Melton Christian College.”

Arora said he lodged a claim with the Victorian Equal Opportunity and Human Rights Commission (VEOHRC) as well as had a dialogue with the school (MCC) in which he cited other examples of Australian institutions which have re-evaluated their policies in similar instances.
“We were in discussions regarding the importance of hair and turban in Sikhism and acceptance of turban as uniform by different organisations, like schools, army, and police in Australia and other countries,” said Arora.
“Yet, the college has refused to review their uniform policy.”
Given the long history of the Sikh community in Australia, it’s disappointing that they still struggle with issues such as this, said Arora.
“While practising our religious beliefs, we wish to show an expression of solidarity with the wider Australian community. And all we demand is respect for our religious beliefs,” he said.
However, the school, in a written response to VEOHRC, refused to include any additional items in the existing permitted uniform protocol.
“We acknowledge the disappointment that Sagardeep and his family feel. We respectfully recognise his disappointment that the uniform protocol of this school mean that non-prescribed items are not permitted to be worn in addition to the school uniform.”
“We have considered the complaint and our options carefully. The result is that we have agreed that college uniform will be maintained as it is, without permitting additional items,” the school said.
“For God’s sake Australia, what’s wrong with you?” tweeted Melbourne writer Jasmeet Kaur Sahi following the SBS report, describing the incident as a “tiny blip on the radar of multicultural Australia”.

She likened it to asking a brown student to scrub off the colour of his skin: “The turban is as central an identity of Sikhs as a person’s skin colour.”
The turban is the most identifiable symbol of Sikhism – or Sikhi as its practitioners call it. It is an essential part of religious bana (attire).
Historically, when the religion was founded, only aristocrats from the Hindu and Muslim faiths wore turbans and carried swords. All adherents of the Sikh religion were instructed to do so too, as a means of signifying that all human beings are equal.
It is claimed that there are physical benefits as well. The unshorn hair is tied up in a top knot over the solar centre. The pressure this creates on the solar centre is believed to help in the channelling of energy during meditation. The top knot is covered with five metres of cotton cloth and it is believed the pressure of the multiple wraps keeps the 26 bones of the skull in place. The pressure points on the forehead are said to help keep the wearer calm and relaxed.
The Sikh turban is more than a mere piece of cloth: it is one and the same with the wearer’s head.
The case once again brings to light whether such exclusion is unlawfully discriminatory.
Australian courts have favourably considered similar cases in other parts of the world where petitioning Sikhs have won.
In a landmark case in September 2008, Brisbane’s exclusive private school Ormiston College was instructed to back down on a strict uniform policy that would have forced a 12-year-old Sikh boy to cut his hair and remove his turban. It was described then as a “regrettable incident” and a “serious error”.
Yet the ‘error’ continues to be made.
In 2015, St Anne’s Catholic School in the UK (Southampton, Hampshire), apologised to two baptised Sikh students, 11 and 13, after ordering them to take off their traditional religious headwear, and blamed the incident on a “misunderstanding”.
Most schools in Australia now have uniform policies that make allowances for wearing the turban and other items of Sikh attire such as the kada (bangle).
17-year-old Harmandeep Singh Sunnar of Knox Grammar School Sydney, has worn a turban all his school life. He considers it an integral part of his sense of self.
“It gives me a unique identity!” he laughs. “Everyone’s accepted it, and no, I have never had a problem with it. The closest I’ve ever come to an extreme reaction was in primary school when someone asked if I was a girl!”
Today as a Year 12 student, he wears a black or a blue turban to school to closely match his uniform. And no, the school did not ask him to do this.
Many countries now also allow the turban, for both men and women, in all services including the police force and armed services. A young UK Sikh soldier wears his turban as part of the royal guards at Buckingham Palace, instead of the traditional bearskin. The Royal Canadian Mounted Police has also allowed a Sikh Mountie to continue wearing his turban.

The young Sikh man in New Zealand who famously took off his turban to help a bleeding accident victim made world headlines for his selfless act, and also helped draw attention to the special significance of the traditional head wear in his religion. The turban-wearing taxi driver in Darwin who regularly supplies meals to the less fortunate similarly highlighted the special tenets of his religion Sikhism, in this case, the idea of seva (service to society).
This is in contrast to the post 9-11 backlash the community faced, as they were confused with Islamic terrorists due to their turbans and facial hair (which the religion bans from cutting).
By being strong in their faith, the Sikhs have begun to have their religion – the fifth largest in the world, larger even than Judaism which is sixth – better understood.
It is hoped Melton Christian College will reconsider its decision.
With IANS
To read more about the Turban, click here