Kanti Lal Jinna: OAM for service to the multicultural community of the Australian Capital Territory 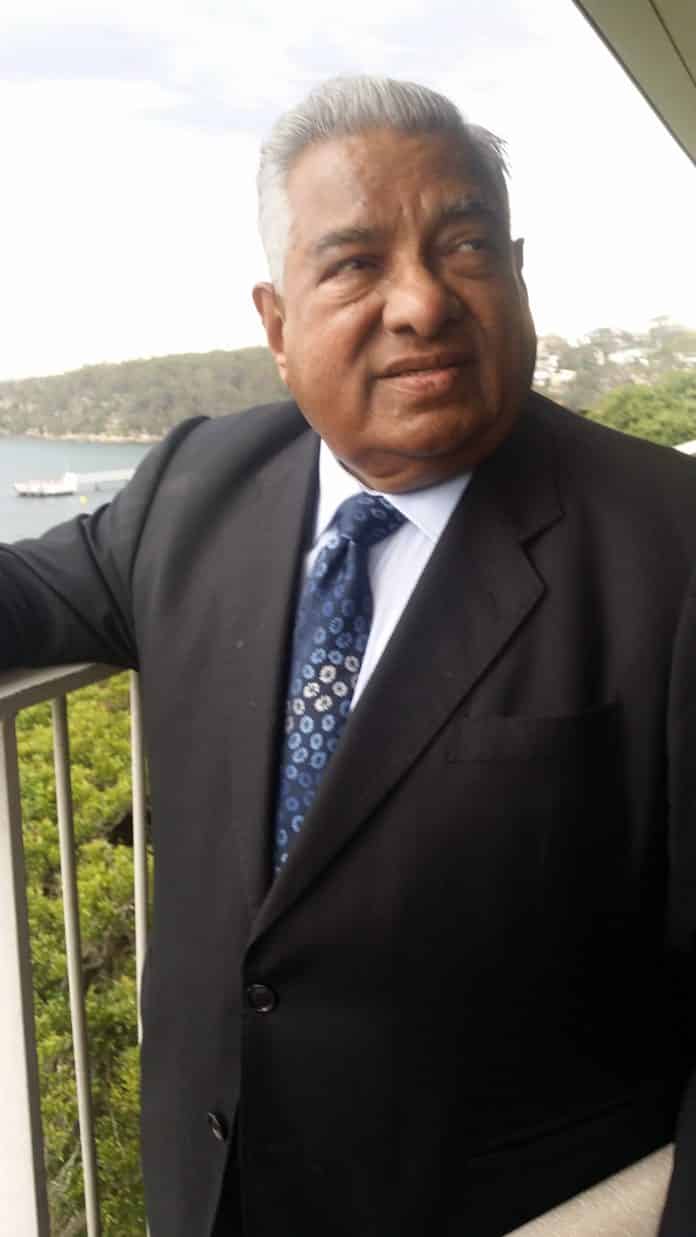 Build on similarities, not differences, says Canberra community elder
Kanti Lal Jinna’s gentle mannerisms, by far his most outstanding feature, come to the fore immediately as Indian Link offers congratulations following his OAM announcement. “I feel quite honoured really,” he said with humility, adding, “Yet it puts a heavy burden on you: you’ve been recognised, and now have a lot to live up to; you have to lift your game and do a lot more in the future!”

The 79-year-old has been involved with community service through the Hindu Council of Australia of which he has been Vice Chairman since 2009, through Canberra’s Hindu Temple and Cultural Centre which he cofounded in 1987, and as patron of the Fiji Australia Association of Canberra. In recent years, he has been advocating for seniors in Canberra’s Indian community as vice president of the Indian Senior Citizen’s Association.
But as someone who has assimilated well into the mainstream, Kanti’s passion has been to link the growing Indian community in this society with the broader mainstream, and vice versa.
His involvement with the Canberra Multicultural Community Forum put him in touch with other New Australians like him. “This opened pathways to offering my unique multicultural perspectives on many different boards such as Australian Capital Territories Public Cemeteries Authority Board and Partnering with Consumers and Carers Advisory Group at Calvary Hospital.”
This exposure led him to more mainstream positions such as on the ACT Chief Minister’s Council of the Ageing and the Royal Commonwealth Society, where he even served as President for two years.
“I believe strongly that we must encourage our community to be a lot more outward looking,” he stated. “We must look beyond ourselves as Indian or Fijian-Indian or Hindus, become part and parcel of the institution that is our nation, and see what we can do for us all as the wider Australian community.”
The guiding principle in Kanti’s work seems to be to build on similarities, not differences.
At the core of this attitude is the belief that the more we interact with others from diverse backgrounds, the more likely we are to develop friendliness, warmth, trust and empathy, and reduce myths about each others’ groups.
How would Kanti advise newly arrived migrants?
“There’s a lot to gain, but there’s a lot to offer too. Values such as Vasudhaiva kutumbakam (The world is one family) and Atithi devo bhava (The guest is god) are part of our culture. If you genuinely believe in these values as Hindus, then apply them to your immediate environment. They are based on respect and understanding, and will help you to amalgamate well with your new social milieu. I believe our community has amalgamated well so far, and I hope the pattern will continue.”
Equally, on the other side, Kanti has a few words of wisdom to Australians on the values of migration.
“Let me recount an old story from the time of the arrival of the Parsis to Indian shores,” he began. “The Parsis, fleeing ideological differences in their homeland, arrived in boatfuls on Indian waters. The Maharaja, considering a proposal from their leader to allow them to live in India, said, my land is full to the brim like this glass of milk. The Parsi leader added a spoonful of sugar to the glass and remarked, we will mingle with you and add sweetness to your lives. Centuries later, this promise has come true in India. I see our roles here as migrants, to be the proverbial sugar that can enhance the quality of life. Not only will we be happier, the country will be richer too. I think the world needs to listen to this story again.”
Kanti was born and brought up in Fiji, where his grandfather moved in the 1930s, post indenture. He was educated in Fiji, NZ, UK and Australia.
“Books have been a significant part of my life throughout,” he recounted in his characteristic gentle manner. “I worked at a bookshop as a young man, became a librarian then a book seller, and for the past few years have been writing and publishing.”
His writing has concentrated on historical issues concerning Fiji, and on biographies of Fijian people of the post-indenture period.