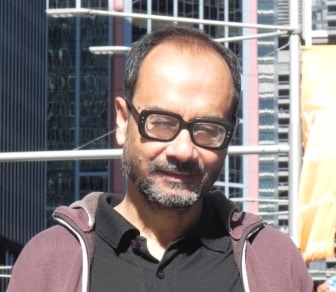 Theoretical physicist Ashoke Sen is one of India’s richest scientists, not just because of his wealth of knowledge on physics, but also because of the $3 million he received recently as the prize for the inaugural Fundamental Physics Award.
It is awarded by the Fundamental Physics Prize Foundation, a not-for-profit organisation dedicated to recognising physicists involved in fundamental research. It was founded last year by Russian physicist and internet entrepreneur Yuri Milner, and has come to be known as the ‘Russian Nobel’.
Sen was picked for his contribution to ”string theory”.
“String theory is an attempt to understand the most basic constituents of all matter and the forces which operate between them,” Ashoke Sen explained to Indian Link on a recent visit to Sydney. “It is based on the idea that the elementary constituents of matter are not point particles, but one dimensional objects i.e. strings”.
He added, “This theory automatically combines quantum mechanics and general relativity. It also has the potential for explaining the other known forces of nature: strong, weak and electromagnetic forces”.
“Hearing the news, my brain didn’t work for a while,” said Sen, upon finding out that he had won.
“It was definitely a surprise; particularly since such a prize didn’t exist before,” he added.
Yuri Borisovich Milner, a former Russian physicist, is best known in the business world as co-founder and current president of the Russian investment fund Digital Sky Technology. Having hit the billionaire list last year, he is eager to highlight to the world transformative advances in the field of physics.
Milner personally selected the nine recipients for the Award in its inaugural year, of which Sen was one, with each receiving $3 million. This makes the prize the world’s most financially lucrative academic award, beating both the Nobel Prize ($1.2 million), as well as the Templeton Prize ($1.7 million) combined.
“My colleagues were happy,” says Sen of other’s reactions to the news. “There was excitement in the Indian and foreign media and as expected, lots of interviews”.
Sen is currently an academic at the Harish Chandra Research Institute in Allahabad in India, a Department of Atomic Energy aided establishment. A fellow of the Royal Society of London, he earlier received the Shanti Swarup Bhatnagar Award in 1994, Padma Shri in 2001, Infosys Prize in the Mathematical Sciences in 2009 and Padma Bhushan in the current year.
Born in Kolkata in 1956, his love affair with physics began at the Presidency College, before he moved on to IIT Kanpur, and then the State University of New York Stony Brook USA, where he obtained his PhD.
“In theoretical physics, one can, in principle, work from any place as long as one has a computer and internet connection,” said Sen. This is why, unlike many others, he opted to return and work in India. “Also at present, India has many excellent people working in string theory. So I think that the facilities and the research environment available in India are more than adequate to carry out research in theoretical physics”.
Sen has produced over 200 papers on string theory, at both a national and international level. Sumathi Rao, his wife of 30 years, is also an eminent physicist, and they both work at the same institute in India.
On a lighter note, although Sen is best known in scientific circles for his work on strings, his close friends and fellow physicists also enjoy his culinary and dancing skills.
When asked about how string theory effects our daily lives, Sen replied, “At present it is a purely theoretical attempt to understand how nature works and has no effect on our daily lives. However, as with any scientific development, it is hard to predict how it might effect our lives 100 years from now”.
Sen was involved recently in picking the winner for this year. This year’s Fundamental Physics Award has gone to Prof Alexander Polyakov of Princeton University.
“All nine awardees from last year reviewed the nominations and came up with a shortlist of three,” Sen informed Indian Link. “A final decision was made in March at Geneva by secret ballots from each of us”.
He added, “There were two other special prizes: one for Stephen Hawking and another for the group at CERN for the discovery of a Higgs-like particle”.
And how is he going to use his own prize money?
“Well, two-thirds of that question is easy to answer,” Sen replied, sounding much like that other famous theoretical physicist Sheldon Cooper of Big Bang Theory. “I’ve paid one-third as tax, and have set aside another third for supporting education in India at various levels. I have not yet decided what to do with the rest; however I don’t intend to do anything to alter my current lifestyle”.
Sen hopes that his award will be an encouragement for young Indian students to take up science as a career option.