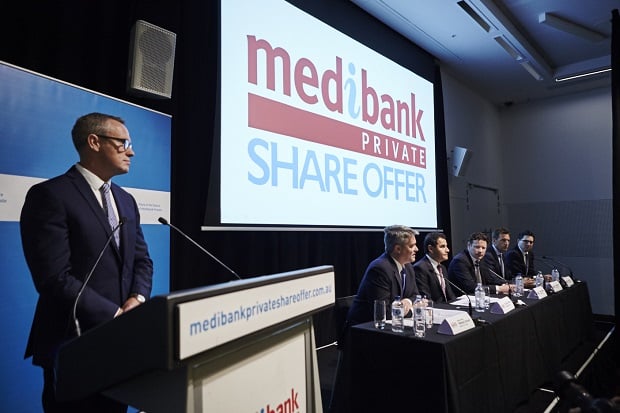 A price cap for retail investors means that Australian residents who choose to apply for shares will not pay any more than $2.00 per share, even if the final price is set above the indicative range.[2]

At the indicative price range, the indicative market capitalisation of Medibank Private would be $4,269 – $5,508 million,[3] which would place it among the top 100 companies on the ASX.

The Government intends to sell down its entire shareholding.

The launch of the offer follows a successful pre-registration process where more than 750,000 Australians pre-registered to receive the Medibank Private Share Offer prospectus. There was strong support from Medibank and ahm policy holders.

Eligible[4] Medibank Private and ahm policyholders who pre-registered and apply for shares in the Policyholder Offer can be allocated an amount of shares up to 30 per cent higher than General Public Offer applicants who did not pre-register.

Potential investors who have not pre-registered can get a prospectus by calling 1800 998 778 or visiting medibankprivateshareoffer.com.au.

The Government has long been committed to the sale of Medibank Private.

The lodgement of the prospectus is another important step in the Government’s orderly and methodical approach to the sale.

Medibank Private is a commercial business operating in a well functioning and competitive private health insurance market with 34 competing funds.

As such there is no compelling policy reason for the Government to continue to own Medibank Private.

The sale of Medibank Private will provide the company with full commercial independence and access to capital markets.

The sale will also remove the current conflict where the Government is both the regulator of the private health insurance market and owner of the largest market participant.

Proceeds from the sale of Medibank Private will be re-invested into productivity enhancing infrastructure through the Government’s Asset Recycling Initiative.

The prospectus for the Medibank Private Share Offer has been lodged with the Australian Securities and Investments Commission and is now available at medibankprivateshareoffer.com.au

[2] The Retail Price will only apply to the first $250,000 worth of shares (rounded down to the nearest share) allocated to applicants under the Retail Offer. If applicants are allocated shares above $250,000, they will pay the Final Price for those shares.

[4] Persons covered under PHI policies, issued under either the Medibank or ahm brands on the Record Date, who are permanent residents of Australia, are over the age of 18 and are not in the United States or acting on behalf of a person in the United States. The Policyholder Offer will only be open for one application for each such policy.