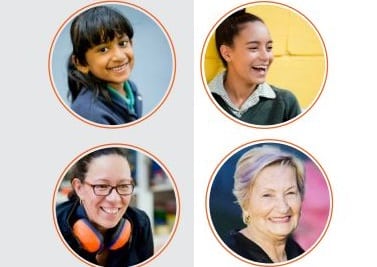 “Unequal treatment of women is from the cradle to the grave, and a lifetime of discrimination has a compounding effect on women.” Launching Safe and Strong: A Victorian Gender Equality Strategy, Victorian Minister for Women and the Prevention of Family Violence, Fiona Richardson focused on the current state of gender inequality. The landmark strategy, Victoria’s first, recognises that gender inequality is at the core of discrimination, sexism and violence against women.

Safe and Strong sets out ‘founding reforms’ that lay the groundwork for action by the Victorian government. These include changes to legislation, employment practices, budget, policy, procurement funding decisions and advocacy to the Commonwealth Government in order to “progressively build the attitudinal and behavioral change required to reduce violence against women and deliver gender equality”.
In laying out these founding reforms, Fiona Richardson addressed the need for continuing action on family violence. “The political caravan moves on far too quickly,” she said. “Issues such as family violence have a short time in the sun before political minds and the restless media look elsewhere for a new story.”


Tarang Chawla, ambassador for Our Watch and Victoria Against Violence, who also spoke at the event, emphasised men’s role in eliminating violence by calling out sexist language and behavior. “Gender in-equality is at the core of the problem,” he stressed. “And gender equality is at the core of the solution.”
In addressing family violence, the strategy commits to a statewide behavior change campaign and establishes a prevention agency with dedicated funding that focuses on preventing violence against women. It also commits to implement all the recommendations of the Royal Commission into Family violence. This includes recommendation 156 to expand the examples of family violence to include dowry related abuse.
The strategy also acknowledges that women from CALD (culturally and linguistically diverse) communities face additional barriers, something that Maya Avdibegovic, CEO of InTouch Multicultural Centre Against Family Violence applauds.
“We are delighted that the strategy acknowledges that women from culturally diverse communities face additional barriers to education and employment, experience difficulties in accessing information about the legal and other support systems and face additional systemic barriers due to their visa status,” she told Indian Link.
While Avdibegovic welcomed the strategy’s initiatives around financial security and leadership, she encouraged the government to invest in the design and delivery of culturally tailored programs.

In describing the strategy’s women’s leadership targets, the Minister cited research about the higher profitability of organisations that had female leadership. The Victorian strategy sets female leadership targets of between 40% and 50% in new appointments across the public, private, non-profit and legal sector.
Addressing the sexism that women face in nearly every sphere of their life, Ms Richardson said the strategy was a framework to combat everyday sexism.
“I use the word ‘combat’ deliberately,” she said. “Nothing short of a disciplined and strategic act will end it.” The strategy commits to the Victorian government enacting a Gender Equality Act and to exploring legislative measures to protect against gendered discrimination in the workplace. It also commits the government to examine sexist advertising and to review laws with regards to gender-based hate speech.
On the 17.9% pay gap, the Minister said it was high time for change and announced two expert committees to promote the economic security of women. “It is time to face up to the fact that women are at risk of poverty in later life because of a lifetime of every day sexism and workplace discrimination,” Ms Richardson said.

To applause, Richardson also announced Victoria’s first all women trade delegation to China. More cheering and applause followed when she announced another historic first: Victoria’s first women’s heritage museum.
The sporting sector is another part of Victoria’s Gender Equality Strategy. Talking about sporting clubs and venues going orange to support the UN’s 16 Days of Activism Against Gendered Violence campaign, Richardson said sport had a unique role to play. Announcing a new program that delivered gender equality programs alongside sporting clubs, the Minister said she believed in the power of sport to explain the importance of gender equality better than a thousand speeches. “When the Carlton Football Club stands up in orange socks and pledges its support for a future without violence against women, people pay attention in a way they wouldn’t otherwise.”
The Gender Equality Strategy will also establish a framework to measure success against quantitative and qualitative indicators. The World Economic Forum’s gender equality index dropped Australia from the 36th position to 46 in just a year, behind New Zealand, Canada, and Rwanda.
“We need a clear and focused strategy to address this decline,” Ms Richardson said. “This is not just a glossy brochure about gender equality. This strategy adopts an evidence based approach and an accountability framework with targets.”