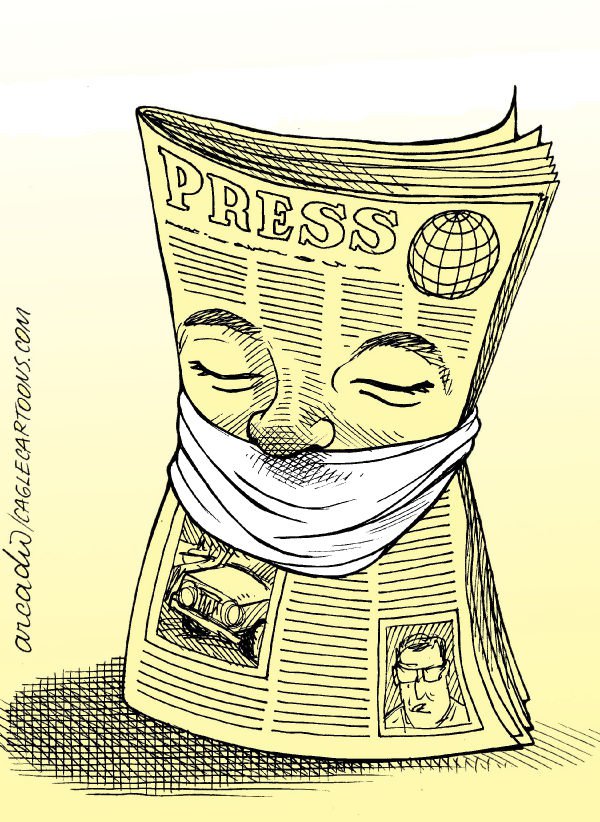 Reading Time: 3 minutesWhat happens when the very advocates of freedom of speech are thrown into prison or worse, murdered? In a world that’s becoming increasingly intolerant of the freedom of the press, how safe are journalists?

Salil Tripathi, Chair of PEN International’s Writers in Prison Committee, was in Sydney recently to discuss just that. The Writers in Prison Committee (WiPC) of PEN International works on behalf of persecuted writers worldwide. It was established in 1960 in response to increasing attempts to silence voices of dissent by imprisoning writers and journalists.


The London-based writer was in conversation with Australian academic and editor of the Griffith Review Julianne Schultz about the corporatisation of media, and allowing free and unbiased journalism to thrive in India.

Speaking about the alarming rise of imprisonment of journalists and the impact on freedom of speech all around the world, Tripathi highlighted the murder of Gauri Lankesh, journalist-turned-activist from Bangalore in India, who was shot dead outside her home in September 2017, allegedly by Hindutva extremists for her passionate writings. He stressed on the need to promote alternative media and not-for-profit news entities.
The award-winning journalist-author also expressed regret at the dearth of women in senior editorial roles in the Indian media, besides the general disconnect of the large media houses and journalists with the realities of the general population. “Media houses being controlled by large corporates, which are usually hand-in-glove with the powers that be, is a real challenge in India. This needs to stop, and one way is to encourage alternative media to prevent the twisting of news and journalism,” Tripathi said.
The mood of the two-hour programme was set by Tripathi who shared with the audience the challenges faced by journalists, writers and even bloggers in many countries – including imprisonment, threats of physical harm and violence, as well as increasing trolling on social media.
According to statistical record maintained by PEN, globally there were 218 recorded cases of attacks on the freedom of expression in 2017.
The writer also shared his insights into the socio-political environments in countries like the United States of America, United Kingdom, Pakistan, China and even Singapore and Vietnam, where he said journos, writers and poets are constantly stifled. “It’s a very grim picture, unfortunately. Violation of human rights of journalists is being purported by governments themselves in many countries under the guise of national security.”
“Journalists are facing threats of all kinds – defamation, solitary confinement, abuse of anti-terror laws, threats of physical violence, etc., besides many other ingenuous methods being used by governments to stifle the voices of writers and journalists. Ceaseless trolling on social media and threats of sexual violence are used as silencing mechanisms against women journalists, many of whom feel that it’s no longer worth the risk,” Tripathi said.

Continuing reliance on old, Draconian laws in countries like India is simply a way for government after government to stifle voices of rebellion, he pointed out.
The WiPC monitors between 700-900 cases across the globe each year. It mobilises the wider PEN community to take action through its Rapid Action Network alerts, targeted regional campaigns, and by utilising PEN’s consultative status with the UN to submit UPR country reports.
Tripathi fervently hopes that the current state of affairs is a temporary phase. “I am an optimist, and I am hopeful that journalists would soon regain the liberties they have ceded. I am also sure that the newer generation of journalists will approach matters differently. Many need to step out of their comfort zones and write about real issues,” he concluded.