Is this the fillip that Test cricket needs? 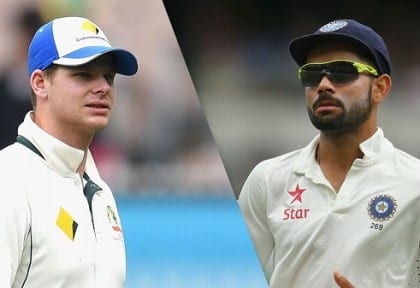 As India and Australia prepare to meet in the third Test match, a thoughtful DARSHAK MEHTA worries for the manner in which the noble game is being played

The highly contentious and melodramatic second Test match in Bangalore may lead some to think this is exactly the tonic that Test cricket needed, for its revival.
Really?
Of course, all the ingredients were there: skill, spectacle, luck, drama, passion, pressure and unfortunately, most of all, bad blood. The cricket is riveting.

But, is this the way we want to portray our game to hundreds of millions of impressionable youngsters? Can you imagine the behaviour of successive generations of Indian (and even Australian) teams – club, domestic or international – influenced as they would be by watching the appalling actions and words of their heroes?
Don’t adults need to behave like adults, in a civil and restrained manner? Do adults not have to respect other adults, in daily life? Can adults mock other adults with impunity, make sly or blatant remarks and constantly insult, hector and distract them?
Or, is it the new rule that once you are on a field of play, all norms of civilised behaviour are inapplicable and to be jettisoned?
Have we all forgotten that first and foremost cricket is a game? Nationalism, patriotism etc. surely come into play, but not before sportsmanship, one would have hoped!

Bad sportsmanship is not merely looking up to the dressing room to get a signal on whether to initiate a DRS Review.

It is atrocious sportsmanship to mock and ridicule opponents, to initiate insolent conversations with a view to gaining unfair advantage and/or putting rivals off their games.
Also, do cricketers have to take umbrage and immediately give offense to retired cricketers doing their jobs or expressing their professional opinions, when such dreadful conduct is criticised? How can this Trumpesque behaviour be a sign of maturity?
“Atithi devo bhava.” Guest is God.
Isn’t India the land where hospitality to visitors is mandated by our shastras? Then, why are such horrible wickets being deliberately ordered and prepared, for visitors? Is it the nature of the Pune and Bangalore wickets to play like this in domestic First Class matches or ODIs or T20 games?
No, certainly not.

Please don’t even start claiming that everyone cooks their wickets at home to suit themselves. The Australians certainly DON’T. Every wicket has its characteristic and that remains the same whether it is a Test Match or a Sheffield Shield game. Brisbane is generally a seaming track which favours the quicks. Sydney favours the spinners. Perth has always been a bouncy track where the ball comes on. Adelaide is usually the best batting track in Australia.
And, what happens in India? The wicket is blatantly doctored to instructions from the home team. Cricket becomes a game of chance, not skill, when you have balls keeping low from Day 1. The Bangalore wicket looked like some pieces (turf) of jig-saw puzzles had been poorly stuck together.
Pune played like a worn and dusty track from Day 1 and turf was getting dislodged from the very first over of the game.
Prescription? The toss needs to be dispensed with. Visiting teams should have the prerogative to decide what to do. That is the only way, home teams will behave responsibly and prepare sporting tracks. The toss should not have the sole bearing in deciding the result of the match.

I think it is high time that the type of juvenile, destructive, abusive and discourteous behaviour we have witnessed both in Pune and Bangalore is stopped by both teams. It has gotten totally out of hand. Remember, violence begins when rational argument becomes impossible.

The media needs to play a much more constructive role. Some are writing provocatively – as flag-bearers of their own countries’ teams and their perspectives are resolutely one-eyed, not to mention unhelpful.
The Umpires need to report cricketers, no matter how “reputed” and the Match Referee needs to start suspending any and all cricketers reported for behaving disgracefully.
If both teams have not brought our noble game into disrepute, what more is required?
The day after the Bangalore Test ended, a friend who has perhaps the greatest surname in Indian cricket asked me, in a very pained tone, “If these two teams hate each other so much, why for God’s sake are they playing each other? Call off the tour.”
I had no answer.
The author is President & Co-founder of leading cricket-centred educational charity, The LBW Trust, based in Sydney.