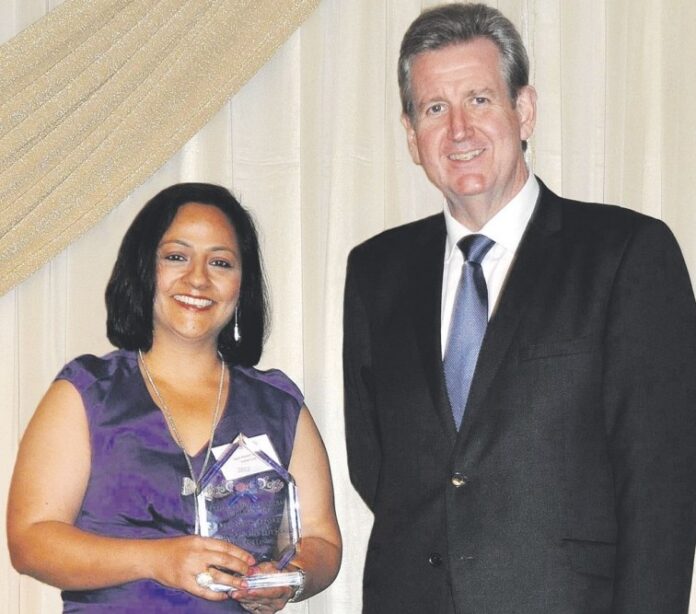 Indian Link won the awards for Best News Report, Best Online Publication of the Year, and Best Image of the Year.
The Sydney-based media group was nominated in a whopping 7 of the 10 categories, including Best Print Publication, Best Editorial or Commentary of the year, Best Use of Online and Digital Media and Best Feature of the Year.
The awards were conducted by the Community Relations Commission of NSW and judged by an independent panel of academic and working media experts. Premier Barry O’Farrell launched the event, also attended by Minister of Citizenship and Immigration Victor Dominello and the Chair of the CRC, Stepan Kerkyasharian.

Best News Report
Usha Ramanujam Arvind, one of Indian Link’s most experienced team members, wrote the piece that took out the Best News Report award. It was based on a University of Western Sydney writers’ conference for Indian and Australian talent. Usha’s piece, Literature of Anguish, about the literature of Australia’s Aborigines and India’s Dalits, brought out beautifully the many shared similarities between two seemingly different groups of people, who after generations of oppression, are now finding a voice through literature.
Contributors Roanna Gonsalves and Priyadarshini Chidambaranathan also reported from the event, making it a truly comprehensive report, reflecting Indian Link’s highest standards.

Best Image of the Year

This photograph, supplied by languages campaigner Mala Mehta and taken by Joanne Williamson of the Cronulla Public School, took out the award for best multicultural image of the year. The image appeared in a large feature on a primary school program run jointly in 6 schools in the central Sydney region. Entitled “India Calling” the DEET program is aimed at developing an understanding of India and its culture among primary school kids. This image was taken on a cultural day when teachers as well as students dressed up in Indian costumes.

The ‘young Gandhi’ with his cotton-drape attire, fake bald head and round glasses, looked the part perfectly and showed the confidence of his revered alter-ego as he posed confidently for photos.

Best Online Publication of the Year
Launched in 1994, Indian Link now produces six print publications a month with a fortnightly e-paper being emailed to its 20,000 readers. In 2012 alone, its website www.indianlink.com.au had 433,000 page views with 233,000 unique visitors, featuring news, entertainment and leisure sections. The online streaming of Indian Link Radio is one of the main drawcards on the website, while the radio’s downloadable smartphone app has brought in visitors from all over the world.
Pawan Luthra, CEO of Indian Link said he was proud of the ongoing recognition that the media group has received, from within the community as well as from the mainstream. “In 2011 we were honoured to receive the Harmony Award in the NSW Sub-Continent Community Awards. 2012 saw us bring home three of the 7 awards at the Parliament of NSW Multicultural Media Awards, and to claim three awards yet again this year, reveals not only our dedication but also the high standards we set ourselves. I congratulate my team for their talent and their efforts”.
Editor in Chief Rajni Anand Luthra accepted the awards on behalf of the Indian Link team.