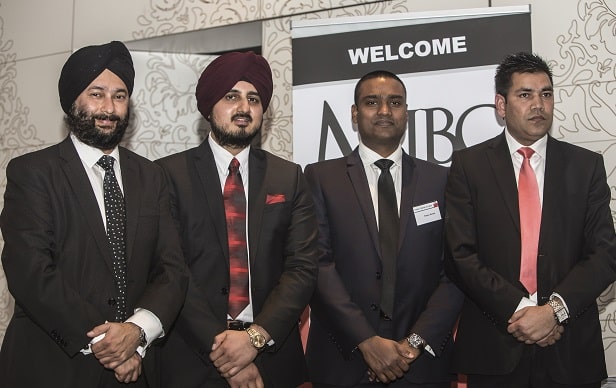 Reading Time: 3 minutesSpeeches, dance performances, autographs and even a pitch by Labor made the MIBC event a success, writes  PREETI JABBAL

Australia’s growing love for all things Indian was evident at Melbourne Indian Business Club’s (MIBC) gala event held at Hilton On The Park recently. Over 250 guests enjoyed cricket, Bollywood and warm Indian hospitality, as more than 30 local Indian businesses were recognized for their excellence and contribution to the Victorian economy. In what makes for an encouraging sign of the Indian migrant’s increasing interest in Australian politics, MIBC also pledged $20,000 to the State Labour Party in support of their campaign for the upcoming state elections in 2014.
Leader of the Opposition in Victoria  and MP for Mulgrave Hon. Daniel Andrews was the keynote speaker for the evening. He touched upon several issues that are currently affecting Victorians and criticized the State Liberal Government for their incapability in delivering proper plans and policies for the health, transport, education and manufacturing industries. Mr Andrews then went on to articulate the strength of Labor party and sought support from those present, for Labor to achieve its vision in the 2014 State Elections. Other dignitaries included Liz Beattie MP member for Yuroke; Allan Griffin, MP Federal Member for Bruce; Jude Perera, State Member for Cranbourne; Maria Vamvakinou MP, Federal Member for Calwell; Cr. Peter Maynard, Wyndham City Council; Lee Tarlamis, State Member for South-Eastern Metropolitan region; and John Pandazopoulos representing the Electorate of Dandenong, who also officiated as the MC for the formal part of the evening.
The $20,000 that was pledged by MIBC was raised through auctions of memorabilia as well as personal contributions from supporters of Labour Party who attended the event. Councillor Intaj Khan who, along with MIBC team, was instrumental in organizing this event, encouraged people to join the Labor Party if they wished to have their voice heard and have more of a say in politics. He urged people to subscribe to the aims, objectives and policies of the Labour Party if they want a Government that has a plan for problems and a vision for the future.
Four enterprising Indian businessmen, Luckee Kohli, Councillor Intaj Khan, Rizwan Ahmed and Alex Singh – created the MIBC to act as a lobbying group for the burgeoning Indian business community in Melbourne and surrounds. Sharing the objectives of MIBC with the audience Mr Kohli said, “The MIBC came into existence with the primary objective of providing a platform to entrepreneurs from India in Australia, where they can network, build relationships, share experiences and promote their business. We intend to create opportunities for these interactions as well as recognize commendable efforts through awards.” This was the cue for the awards ceremony to begin and one by one, each business owner was invited on stage and acknowledged for their efforts in creating investment opportunities and employment in Victoria. The recipients hailed from a wide variety of industries including hospitality, education, energy, leisure and manufacturing.
Indian actress and model Rajlaxmi Roy added the glamour factor to the networking event, along with Melbourne Renegades cricketer Fawad Ahmed and former Hawthorn AFL player Paul Salmon. Their fans eagerly approached them for photos and autographs during the breaks that were provided between the multiple speeches and awards. The Bollydazzler Dance Troupe enlivened the evening with their dance performances on a medley of Bollywood songs. Towards the end, Alex Singh offered the customary vote of thanks to the parliamentarians and all those who attended the event.