India have attack to beat Australia on true pitches 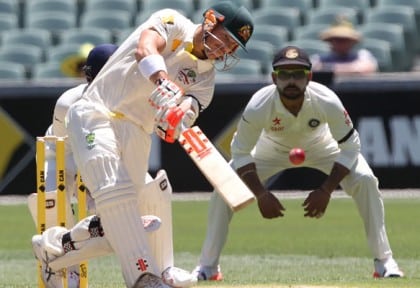 An Australia-India series is always a big-ticket show, and this time India are certainly the favourites to extend their record unbeaten streak, writes VETURI SRIVATSA

Now that they don’t get to play Pakistan in a bilateral series to excite the crowds in Lahore, Karachi, Kolkata or Mumbai, India have found the alternative in Australia.

An Australia-India series is a big-ticket one, more people watching them play Tests Down Under than in the sub-continent. This time around the excitement will be a little more with Virat Kohli’s team looking good to end the cricket year as the top ranked Test side.
All they need to do is win one of the four Tests. The Australians will have to win 3-0 to wrest the mace and the million dollars going with it.
The mind games have started. Former and current players have spoken up for their sides. The visiting teams can no longer complain of hotels, pitches and grounds. They can’t even talk of India’s non-compliance with the Decision Review System (DRS) doing them in. It works both ways and that makes one wonder why still teams are difficult to beat in their backyards.

The four venues the Australians will be playing are not the familiar ones, barring Bengaluru. New stadiums in Pune, Ranchi and Dharamsala have come up in recent years and can’t be asking for a better team than Australia to host their first Tests. At all these places the weather will be terrific just as the summer approaches in most parts of the country.
The last time they were in India, four years ago, Australia were thrashed 4-0. Many think this time around they are up against a side rated the best in international cricket and are not given much of a chance.
India are certainly the favourites to extend their record unbeaten streak of 19 Test matches in over a year. The side has a settled look with a bench strength that makes light of injuries.

India seldom played three fast bowlers in home conditions. And now they have a problem, which three to be picked. Mohammad Shami has been in and out of the side with injuries dogging him, but whenever he is in, he is proving to be unplayable both with the new ball and the reverse-swinging old.
Umesh Yadav has come a long way from the days when an exasperated Mahendra Singh Dhoni publicly denounced him for not using his pace effectively. Ishant Sharma has better control on his pace, line and length now. When conditions are helpful, Bhuvaneshwar Kumar is always there.


Five fast bowlers in an Indian squad for a home series gives the team a great feeling. Kohli talks more of his fast bowlers now than the famed spinners.
Kohli has the luxury of playing three spinners from his stock of four. Ideally, off-spinner Ravichandran Ashwin, left-armer Ravindra Jadeja and leg-spinner Amit Mishra look great, but Jayant Yadav is pushing himself in as an all-rounder with a hundred against England. India have aan additional left-armer who bowls chnaman in Kuldeep Yadav in place of the injured Mishra.
Interestingly, it is Ashwin, Yadav and Jadeja along with wicketkeeper-batsman Wriddhiman Saha who have bailed out the team more often after the top-order collapsed.
With all boxes ticked, including fielding, Kohli is happy that he forces at his command are helping him concentrate on his batting, not worrying much about captaincy. The four double hundreds he got in the last seven months, against the West Indies, New Zealand, England and Bangladesh, prove the point.
The Australians, for a change, are not their usual talkers as most of them have developed a soft corner for the country as Indian Premier League (IPL) players. Still, they talk of plans to rein in Kohli and tackle Ashwin and Jadeja.
They are confident that Mitchell Starc and Josh Hazlewood will be a handful for Indian batsmen and are hoping that Nathon Lyon will do a Graeme Swan on Indian pitches along with left-arm spinner Steve O’Keefe.

The visitors are heavily depending on their captain Steve Smith and his deputy David Warner and the Marsh brothers Shaun and Mitchell to get them the runs.
The enigmatic Glen Maxwell can play a leading role if he fulfills his potential as a hard-hitting batsman, but he will have a tough time battling for a spot in the top-order.
At the end of it all, Australia’s record in the subcontinent has not been awful, losing to all the top three – India, Sri Lanka and Pakistan.
Australia fear that India will play on spin-friendly pitches, but recent record shows they won on true tracks where pace men revelled as much as the spinners did on the last two days.
- Advertisement -
Share
WhatsApp
Facebook
Twitter
Linkedin
Previous articleIndia has been a post-truth society for years (and maybe the West has too)
Next articleYoung designers go 'desi' with inspiration