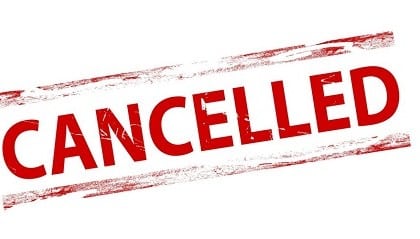 The Indian Film Festival and Awards of Australia (IFFAA), which was supposed to take place from May 7-13, has been cancelled due to “terror threats”

An event which would have seen Indian celebrities like Sonu Sood, Hariharan, Dharmendra, Javed Akthtar, Jeetendra and Ileana D’Cruz coming to Australia to participate, along with Pakistani and Nepali artistes, was called off on the night of Thursday 4 May, reports say.

Indian Link ran a feature on the displeasure of some sections of our community unhappy with the inclusion of Pakistani artists who have publicly endorsed the separatist movement in Kashmir. This, coming in the wake of growing sentiments in India at the killing of two Indian soldiers in the region, was an insult to India and its army, these spokesmen claimed in the article.
Indian television station News 18 had weighed in on the debate, asking the organiser why he was going contrary to Indian sentiments by inviting artists from across the border.
Vvikas Paul, chief organiser of the Festival is reported in the media as saying, “We have been working on organising the Indian Film Festival and Awards of Australia (IFFAA) over the past two years. The event was to be organised between May 7-13 and we had scheduled a long list of celebrities who would attend the event and do performances that would highlight the cinema from the Indian subcontinent.”
Paul said the organisers had been receiving threats from “vested interests who are not keen to see this talent come to Australia and for this event to go ahead”.
Besides Indian artistes, the inclusion of Pakistani artistes is what triggered the threats as “fundamentalist groups here turned it into a political agenda”.
Paul is reported as saying that considering the current political situation prevailing between India and Pakistan the Pakistani artistes were “dropped” and it was decided that the event would have only Indian actors.
He said, according to reports, “Even after withdrawing the Pakistani actors and with heightened pressure over our event from anti-groups, we have decided not to go ahead with the event in view of the safety of not just the celebrities, my family’s and my well-being, but also for the thousands of people who will be present to view the cultural extravaganza. With a very heavy heart we have deferred IFFAA till further notice and we wish the political situation improves with time, to re-launch it.”
Community members have contacted Indian Link to express their displeasure that their opposition to the Pakistani guests has been labelled as ‘terrorism’. They have urged Paul to present concrete evidence to the relevant authorities who can further investigate the matter.
With IANS reports