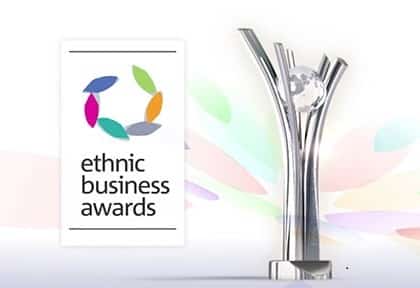 From mining, engineering and construction to property, finance and food flavouring. From cosmetics, coffee and IT to lasers, pharmaceuticals and stationary, the 2016 Finalist businesses are as diverse as their stories.
Founder and Chairman Mr Joseph Assaf AM states that these Finalists “represent great role models of migrants and Indigenous Australians.”
For the past 28 years, the Awards have been attended by every Prime minister at least once. Also Governors General have attended the Ceremony on several occasions.
The Awards comprise three categories:
– Small Business
– Medium to Large Business
– Indigenous in Business (this is the first business award given to the Indigenous in Australia)
This year over 500 nominations were received – from 47 countries of origin – with our 2016 Finalists hailing from 8 different corners of the globe.
The Ethnic Business Awards Judges are once again presented with the difficult task of selecting who will take the 12 spots for the Finals.
The esteemed panel of Judges are:
– Eve Crestani
– Allan Gyngell AO
– Former Governor General the Honourable Michael Jeffery, AC, AO, CVO, MC (Retd)
– Carla Zampatti AC AM
Each of the winners will receive $10,000 from the founding partner and major sponsor the National Australia Bank and a magnificent hand crafted crystal trophy.

Corporate Connect AB – David Liddiard OAM – Glenelg – SA
Not really interested in school, David followed his love of sport to a great NRL career. Ironically, he went on to establish & become the CEO of a NFP organisation sending sport role models into remote schools and communities to encourage the students to stay at school.
Despite his own experience of schooling, David always believed that education was the key for Indigenous people to achieve success. Since 2008 David and his team have worked hard doing just that. Working with corporate partners, government agencies, community based entities among others, Corporate Connect AB strive to impact positive change for Aboriginal and Torres Strait Islander individuals and communities by facilitating the development and implementation of Indigenous employment and retention strategies and community engagement plans.
SDC Group – Dennis Mohamed – Woombye – QLD
It was the encouragement from his grandfather to “have a go” and be all he could be, that had a 14 year old boy throw himself into concreting. From splashing around with concrete, to an industry ground breaker, Dennis Mohamed grew his small family owned business “Suncoast Decorative Concrete” into SDC Group – leaders in the concrete construction industry. Starting in 1985, as a one man band, he now leads an onsite team of 50 people & 7 administrative staff. Dennis believes that “a business journey is not about the money made or material possessions… but about making successful people” & he follows this motto by not only employing Indigenous and non-Indigenous, but upskilling & training all his staff.
WALGA Mining & Services – Elliott McNamara – Whyalla – SA
Elliott always had desire to succeed & be successful in business. With the growth of the mining industry, he saw Aboriginal groups engaged with big businesses for use of their ancestral lands that resulted in royalties. But royalties did not secure a prosperous future for his community.
He wanted to create a business that gave back to the Indigenous people by investing in economic sustainability & growth of a local Aboriginal business. And that is how WALGA Mining Services was born. Taking a risk & remembering his father’s words ‘that nobody owes us anything & we have to make our own future’, WALGA predominately specialises in mining & civil with current crushing, civil services, fencing, load & haul operations with over 50 full time staff on-board.
Warialda Engineering & Welding Pty Ltd – Mick Davis – Warialda – NSW
Like Hewlett Packard & Apple, Mick Davis’ “innovation” was born in a garage. The Davis Star Lifter came to the rescue of many sore backs & OH&S issues around farming, woodcutting, fencing but also road works, bushfire recovery & clean-ups. Warialda Engineering & Welding has grown to become an industry leader both regionally and internationally, recognised for a range of products and services that include design, repair, metal fabrication and steel products for agricultural and related industries. More recently, the list of services has grown alongside the advent of Mick’s newest invention, “The Ropey” and the extension into the concreting business.

Escaping the Vietnam political regime at age 7, & spending 15 months in a refugee camp paved a difficult road to Australia for Diem. But her hardship made her stronger and just as well. It was in 2009, when she & her husband suffered a blow to their business from the GFC, that they were thankful for losing only material things, they stood back up again, united and formed Berger Ingredients. Berger food manufacturing started in 2009 supplying spice blends, sauces and marinades for meats. Diem and her team of 30 staff now offer a one stop shop to customers like Coles, Aldi, and Woolworths to name a few.

Surviving horrific experiences in Thai refugee camps after fleeing the Phnom Pehn, David Lu arrived in Australia with one suitcase and no family. He did however bring with him, his appetite for business which traced back to working for a family business in Cambodia. Armed with this determination, he set out selling electronics, then groceries, then household appliances and furniture till he found his passion… the property market. This certainly was his calling as Lu Group now has several commercial retail shops across two neighbourhood shopping centres with many more under way as well as numerous residential apartments under construction.

As political unrest simmered in the late 80’s in Yugoslavia, Zvonko Jordanov decided a more stable career, and happier life could be found for himself and his young family. Australia had always appealed to Zvonko and he was attracted to its rich cultural diversity. Arriving in Sydney in 1991 with little English, and his University qualifications not being accepted here in Australia, Zvonko found himself ‘starting again’. And that he did! Applying his engineering expertise, business acumen and technical skills within manufacturing, he soon found his niche in developing and refining formulas for the mixed cosmetics industry and G & M Cosmetics were born. G&M has been manufacturing and selling to national retailers for 20 years with brands and products known and loved by all Australians.

Brought to Australia with his parents, leaving a war torn Lebanon behind, Sam grew up watching his mum make the hospitality industry her bread and butter and at age 22 decided to open his own café. It all went well but 4th year brought the challenge: to have the best cafe, he quickly learned he needed to have the best coffee and make the best coffee. This sent Sam on his roasting journey. 18 months into roasting he sold the cafe to get into the wholesale business full time. This was the perfect opportunity to take a break, get married to his waitress and travel the world to study espresso. 9 months later they returned from their tour/honeymoon which consisted of barista competitions, and sourcing amazing coffee and Gabriel Coffee was born.

Homart Pharmaceutical – Lynn Yeh – Rydalmere – NSW
Arriving in Australia at age 19 with her family, Lynn was tasked with the daily necessities of her parents who could not speak English. Although her English was also limited, their well-being became her task and through hard work and determination – opening a bank account, buying a car, looking for schools for her younger sisters and brother, even purchasing their first home in Sydney. She studied hard first at TAFE to finish her schooling and then at University to ensure she could also cater to the “well-being” market of Australia which was rapidly growing. Established in 1992, Lynn’s creation Homart, specialises in manufacturing and marketing high quality Australian health supplements and employs over 100 people.
C-Tech Laser – Kym Vu – Tullamarine – VIC
After enduring 5 years in a refugee camp, a young man from Vietnam, started as a general hand in an engineering company. It was here he saw his first laser cutting machine. While sweeping the floor now and then, the operator would ask Kym for help to unload parts from the cutting bed, from then he was taught a few basic operations. It was an instant connection. Although the company that sparked his ambition certainly did not nurture it. Kym suffered through a road of hardship, bad deals, and large learning curves to finally establish his company in 2005. Starting as a single man operation – Kym now has over 30 employees across 3 states.
Paramjit “Peter” Sarai – Modoras Financial Performance Solutions – Upper Mount Gravatt – QLD
Born in India, the son of a farmer, Peter left the mother land to fulfil an arrange marriage in the UK. Leaving behind his family and soon his culture, he abandoned long hair and a turban to start at ground zero. Although university educated, he was sweeping floors of factories in an environment of unrest during the Brixton riots. Australia beckoned and he followed with his family to provide a better future for themselves. Starting from scratch again – he had found that not everyone had his skills and literacy. From helping others with their applications for employment, he dove head first into his first Australian job as a financial advisor and through many struggles, Modoras came to fruition and today employs over 130 people.
Sam Bashiry – Broadband Solutions – South Melbourne – VIC
Bombs, fighter jets, death and destruction were what 10 year old Sam Bashiry left behind in Iran when he fled to Australia with his mother and sister. Even “safe” on Australian soil, they endured two years inside a detention centre till they were allowed a “normal life”. His life of adversity gave him the courage and determination to push on through his education and his Computer Science degree. Growing and developing at the same time as the era of the IT trend, Sam started his IT journey as an employee at an IT Help Desk. Venturing into his own business, he turned a $1000 ambition to a multi-million dollar business in just 10 years.