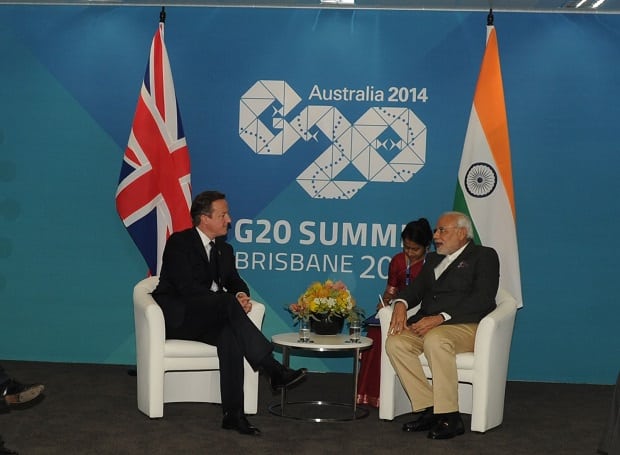 Reading Time: < 1 minuteOFBJP are getting ready to organise a Community Reception at the iconic Wembley Stadium in London

After the success of PM Modi’s speeches in New York and Sydney, the Overseas Friends of the BJP are now getting ready to organise an Community Reception event for the Prime Minister at the iconic Wembley Stadium in London for 90,000 fans.

Given that there are 1.5 million people of Indian origin in the United Kingdom, organisers are confident that the event will attract similar attention to the events held abroad.

It seems Aussies started a trend, with special trains like the Modi Express that ran from Melbourne to Sydney being planned from key European cities such as Paris, and also special Modi flights.

The exact date for the event has not yet been finalised, although 31 January is a serious possibility.

The Prime Minister has also been invited to unveil a statue of Mahatma Gandhi outside the British parliament on his birth anniversary.

However, with elections due in the United Kingdom in May 2015, the Prime Minister Modi’s office is also considering the political consequences of going to Britain as it enters the election season.

There is also an alternate view being proposed that the Prime Minister should only travel to the UK after the election results. Meanwhile, the PM has agreed to travel to Germany in April 2014.