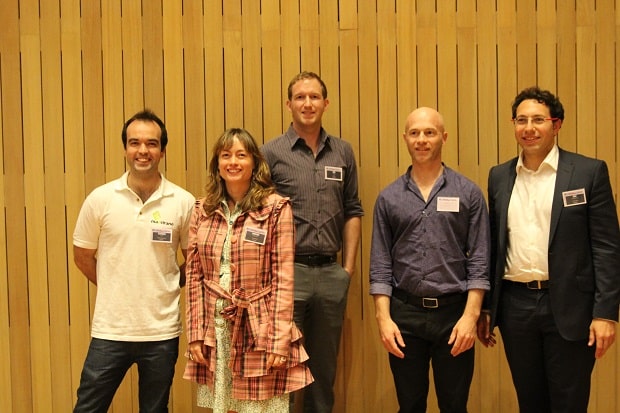 Technology entrepreneurship is red hot today. Recent wild success stories of new ventures in websites and mobile apps especially in SoLoMo (made from the first two letters of social media, local and mobile) has made ‘start-up’ a desirable term. This is equally the case in Silicon Valley, Australia and India.

And why not? The previous five years has seen a 24 year old hit pay dirt with a venture worth billions of dollars. We are talking about Mark Zuckerberg, the founder of Facebook.

A company that was less than one year old and with no revenue was sold for a billion dollars and spare change. This was Instagram, which allows its users to share photos via their mobile.

And Redbus.in, a Bangalore based start-up that helps customers book their bus travel was recently sold for $100 million.

Suddenly, entrepreneurship and start-ups are no longer taboo in the conservative Australian job market, which has traditionally rewarded a consistent career ladder.

There are start-up co-working spaces galore. Fishburners in Ultimo that hosts more than 100 start-ups, is one of the leading ones, but there are several more in Sydney, Melbourne and Brisbane. Lawyers and consultants are bending backwards to provide free services to entrepreneurs to get a piece of the action. And investment in start-up companies is picking up.

One long term, consistent player in this space is TIE Sydney. Originally founded as The Indus Entrepreneurs (TIE) by technology entrepreneurs of Indian origin in America’s Silicon Valley, TIE has now expanded to 57 locations, including Sydney and Melbourne.

TIE has now broadened its scope to being a network of entrepreneurs, mentors, investors and other players in the entrepreneurship ecosystem. It is now a mainstream network, no longer an Indian professional club, although one can still discern active participation by Indian business people.

TIE Sydney, located at http://sydney.tie.org is active in Sydney’s start-up environment since 2001. It organises free and paid meetings and sessions on starting up, scaling and exiting businesses, mentoring sessions and pitching competitions, but its central event is its annual conference, TIECON.

In TIECON 2013, the theme was Go Asia. More than 250 delegates were exposed to a diverse range of ideas and insights on opportunities in Asia and how to tap those opportunities for their start-up’s growth. A few of the highlights of the introductory panel sessions were

Dr. Jana Mathews describing the working of her 13 weeks accelerator that she runs in Adelaide. ANZ Innovyz selects start-up teams several times a year, puts them through an intense mentoring programme during which time they work on their product-market fit, customer validation, product development and scaling issues. The start-up team doesn’t pay anything for this service; rather, they are paid $20,000 during this period.

Alfred Lo manages Optus Innov8 Seed Programme, a corporate venture arm of Optus that invests in Australian technology ventures. He mentioned start-up momentum is building up in Australia and throughout Asia.

Julian Tol, who is an Australian based in Singapore described his experiences of building the company in Asia while raising capital locally in Australia.

Ahmed Haider, a Western Sydney-sider, UTS boy, is a co-founder of Zookal, an educational technology start-up that enables students to rent textbooks among other services. He recounted his experiences of raising capital in Silicon Valley. He went against the traditional wisdom of raising capital in the home market and mentioned that exceptions can be made.

After all, start-ups are created because their founders wanted to do something different and it’s acceptable to go against traditional wisdom.

The rest of the conference was divided into three areas of Asia where Australian start-ups can go to explore opportunities, India, China and South East Asia. Panelists in these sessions were entrepreneurs and executives who had experience of setting up or running businesses in these regions. A few highlights from the India related sessions were, Joshua Mackenzie, CEO of Development Beyond Learning emphasising that family is everything. He recommended to develop informal networks of personal and family networks in India.

These panel sessions were followed by a pitching session in which start-up companies presented their business to the audience. One of the highlights was a Bangalore based start-up Lumos, that pitched via a video call. Lumos makes bags that have solar panels and helps the bag make its own electricity to charge phones and other devices.

Indian Link would like to thank TIE office bearers and volunteers for their assistance, particularly Dilip Rao, Manishi Dave and Ambika Malvia.