Can Kejriwal deliver on his promises? 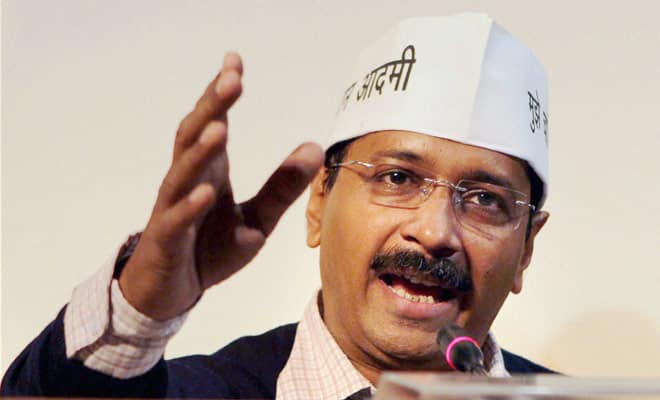 Reading Time: 3 minutesIt’s not an easy road ahead…

With the overwhelming vote from the people of Delhi in his favour, Chief Minister-designate Arvind Kejriwal has been saddled with the challenging responsibility of meeting the collective and varied aspirations of the 17 million residents inhabiting one of the world’s largest and most densely populated cities.

Delhi’s unique position as a city-state and India’s capital ensures that the four civic bodies, the Delhi Development Authority (DDA) and last, but not the least, the Delhi Police, are controlled by the union government of Prime Minister Narendra Modi. While DDA falls under the urban development ministry, the civic bodies and the Delhi Police are under the home ministry.
So, it’s one thing for Kejriwal to promise subsidised water and power, but when it comes to law and order, legalising squatter settlements and shantytowns — called unauthorised colonies — and even providing housing, he is likely to have a tough time keeping his promises – a fact repeatedly raised by former Delhi chief minister Sheila Dikshit.
Kejriwal’s promise of building permanent houses for slum dwellers can only be termed lip service as not all land in Delhi belongs to the state government. One of the first things Kejriwal did on 11th of February, a day after the election results were announced, was to meet Urban Development Minister M. Venkaiah Naidu.
According to Shailaja Chandra, a former Delhi chief secretary: “If (there is) land (that) belongs to the Delhi government, only then it can be used for such purposes. Otherwise, if according to the Delhi Master Plan, the demarcated land has to be used for forest cover or educational institutions and hospitals, then nothing much can be done by the Delhi government.”
“As far as passing bills in the assembly is concerned, it will be difficult as almost all laws go to the Centre for approval,” Chandra, who was chief secretary from 2001 to 2004 during Dikshit’s tenure, said, adding this is ensured by the capital’s status as a union territory.
“This has traditionally been difficult as both the Centre and the state have to be on the same page on each and every issue,” Chandra told IANS.
According to Chandra, what Kejriwal can do is to order constructions like hospitals and schools and the like, but the Delhi government coffers do not have enough money for that.
“Money will be a problem. Unlike the common perception, Delhi doesn’t have a sound monetary backup as, not being a full state, it cannot go to the markets (to raise money),” she said. “As far as cheap power and water are concerned, the only option is giving subsidies,” she said.

Former Delhi Lt governor Tejinder Khanna said that though Kejriwal has got a stupendous majority, what he now has to ensure is that he bridges the political divide.
“Kejriwal now has to ensure that he keeps channels open with the Centre as well as the municipalities… Only then can he deliver,” Khanna told IANS.
He said the success of the Delhi government now depends on how it is able to ensure a joint effort.
However, a political leader from a rival party pointed out that what Kejriwal can do is to use whatever powers he has to bring about a sense of participation and justice to Delhiites by opening more hospitals and OPDs and stopping bribery and corruption.