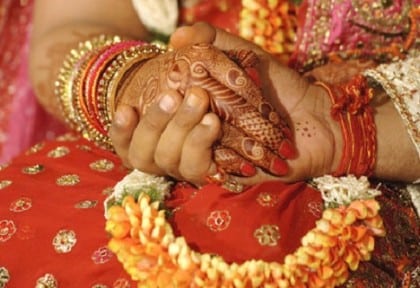 Anti-dowry summit calls for national laws against the practice

Australia’s first anti dowry summit held in Melbourne yesterday renewed calls for a national law against dowry extortion. Organised by ACHRH, the Australasian Centre for Human Rights and Health, the summit gathered academics, legal professionals, service providers, politicians and members of the medical community in a workshop setting to talk about dowry and its impact, and how the system could better prevent violence and help survivors.

The practice of dowry is an ancient tradition whereby a bride brings an agreed amount of property or money to her husband on their marriage. If a marriage ends, the husband usually keeps the valuables.
It is not known how widespread marriage dowries are in Australia, but the practice remains common in south Asia, the Middle East and Africa.
Dr Manjula O’Connor from ACHRH called for a federal law against dowry demands.
“We want laws that make it a civil or a criminal offense to extort dowry,” O’Connor said. “We can’t ban dowry, but we can prevent people from making such demands,” she said.
“The problem is the dowry is given in India and it is left in India with his parents… but the marriages are breaking up in Australia. So it is creating a lot of judicial kind of issues.”


Dean McWhirter, Assistant Commissioner of Victoria Police, who opened the event, said that Victoria Police have identified that the police force needs better education on the issue on dowry demands, especially in relation to incidence of family violence. He called for detailed research into the incidence and prevalence of dowry.
The forum also heard from a survivor who talked of her abuse at the hands of her ex-husband and in-laws in the face of escalating dowry demands. The system failed her, and she spent three days and nights at train stations, unable to go home because the police slapped an intervention order against her based on an allegedly false report of violence by her ex-husband. She and her family ended up paying $45,000 to her ex-husband’s family in addition to the wedding expenses, and she has been unable to recover $50,000 plus worth of her jewellery.

Acknowledging the bravery of the survivor in speaking up, Greens MP and spokesperson for Family Violence Nina Springle said that community support and education on this issue is paramount. However, we could do more by way of understanding communities, she said.
“Victoria is lacking in our understanding of cultural competence, and the fundamentals of collectivist and individualist cultures, and how challenging it is for these two spectrums to interact,” she said.  There may be a need to change the structural responses to cultural issues like dowry to take into account the needs of survivors from collectivist cultures.

Recommendation 156 from the Royal Commission Against Family Violence was made as a result of a submission by ACHRH. It recommended that the examples of family violence be amended to include dowry related abuse. The Andrews Labor government in Victoria has committed to implement all the recommendations of the Royal Commission. The results of the workshop at the anti-dowry summit will form part of a research project on dowry by Swinburne and Melbourne University.
- Advertisement -
Share
WhatsApp
Facebook
Twitter
Linkedin
Previous articleSummer of fun
Next articleLife in colour