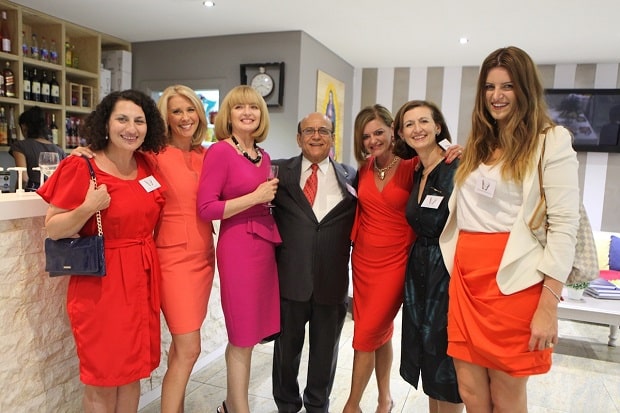 Celebrating Diversity, a book commemorating the rich diversity of Australia’s business landscape was launched at the Ethnic Business Awards on March 18. The limited edition book was presented as the 25th Anniversary publication of the Awards.

Mrs Margie Abbott officially launched the book in the presence of the Ethnic Business Awards founder and Chairman Mr Joseph Assaf, and the sponsors, judges and winners and finalists of the Awards from the past 25 years.

“What we are really celebrating here tonight is the enterprise, the commitment and sheer hard work that has created the success story that is the Ethnic Business Awards and more particularly the men and women who are at the heart of this book”, Mrs Abbott said.

Major sponsor and founding partner NAB was represented by Mr Joseph Healy, Group Executive, Business Banking who said, “The Ethnic Business Awards epitomises the importance of building cultural bridges and relationships. Our association with the Ethnic Business Awards is a strong example of a relationship that dates back to the very beginning 25 years ago and one which we hope will endure into the future”.

SBS , a supporter and media sponsor of the Awards since its inception, acknowledged the Awards and all that they represent. Michael Ebeid, CEO and Managing Director of SBS congratulated Joseph Assaf, “on his dedication in recognising and also celebrating the achievements of migrants in Australia”.

The founder concluded the evening with thanks to those involved saying, “This book is a recorded testimony of the great success of the migrants and Indigenous in the development of our country”.

Tracey Spicer was Master of Ceremonies for the evening; she has also compèred the Ethnic Business Awards Gala Dinners for the last few years.