A relationship in research 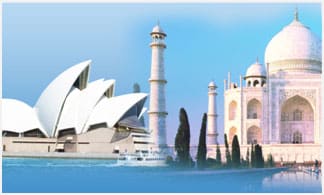 The Australian government has announced it will fund thirteen cutting-edge collaborative research projects in India in a number of areas including the mapping of salt-affected land and water resources; the sharing of Australia’s experience in implementing food standards, managing major sporting events and planning for sustainable urban transport links; and a new teacher education exchange program.

They will be supported through this year’s Australia India Council (AIC) grants program totalling over $565,000.

“It will support new partnerships between Australian and Indian universities, professional bodies, private sector organisations and arts communities in areas of strong mutual interest and where the bilateral relationship has the greatest capacity to grow,” she added.

The Council will also be helping to revitalise with Australian conservation expertise, the museum dedicated to Dr Babasaheb Ambedkar, social reformer and architect of India’s Constitution.

As well, it will help support Opera Australia’s Indian tour of Eddie Perfect’s Shane Warne The Musical and the installation in India of “Song for Country”, a multimedia exhibition celebrating Aboriginal and Torres Strait Island culture.

The announcement follows Prime Minister Tony Abbott’s pledge of $20 million for the Australia-India Strategic Research Fund which he announced on his recent trip to India. The Fund, set up in 2006, was extended for another four years.

A number of potentially beneficial projects have since gone underway. In the health sector for instance, a malaria vaccine is in development; the Australia-India Trauma Systems Collaboration (AITSC) program brings together governments, industry, clinicians and researchers to improve information and resources and to pilot new systems of care, and programs are in place for improvement of water quality.

PM Abbott noted that Australia intends to work with India not as an aid-giver but as a partner, adding that some collaborations such as those between New Delhi’s AIIMS institute and Melbourne’s Alfred Hospital would be significant as both countries would be benefitting from the joint research carried out.

In addition, the PM also announced $3 million for the Australia India Institute at Melbourne University, which under the headship of Professor Amitabh Mattoo, has helped raise the profile of India in Australia.