On the secrets, resentments and assumptions between people that pervade love in relationships, friendships and families.

To pull off a live song medley within a play, can be a daunting task. The challenge is taken and executed well by lead romantic pair Ahana and Aryan in Zindagi 50-50, performed by actors Akansha Srivastava and Ashutosh Jain.

The show opens to their enthralling rendition of Laal Ishq (Ram Leela), Aaoge Jab Tum (Jab We Met) and Bawra Mann (Hazaaron Khwaishein Aisi) as they rehearse their act for their upcoming wedding. More songs add to the twists and turns in the drama along the way. 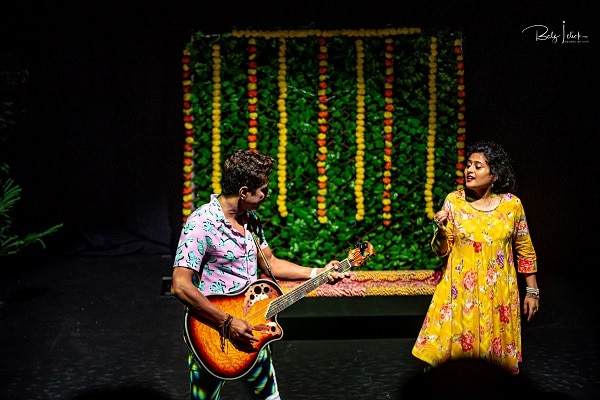 The joie de vivre soon turns to anger and frustration between the couple when Ahana’s estranged mother Sheena (Poornima Menon) arrives for the wedding. Ahana is rattled as she was not expecting her to attend the special day – she had invited her after giving into the pressure from her husband-to-be. The past threatens to risk her future and the feelings she had ignored for many years. Sheena is keen to mend bridges and Ahana is not feeling conciliatory. 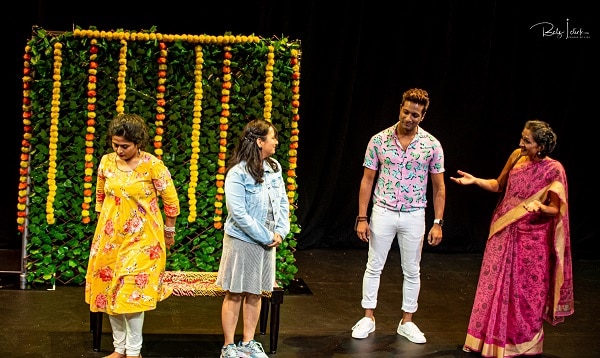 Adding their own level of complexity to the heated stage are supporting couple Shikha Arora (Ahana’s aunt) and Taufeeq Ahmed Sheikh (Aryan’s uncle) with their own love track and dilemmas around it. Peppered with absurd situations designed for laughs, the play touches upon different shades of secrets, resentments and assumptions between people that pervade love in relationships, friendships and families. The toilet clogging metaphor and its comparison to clogged relationships was quite funny and reminiscent of Piku, leaving the audience in splits. 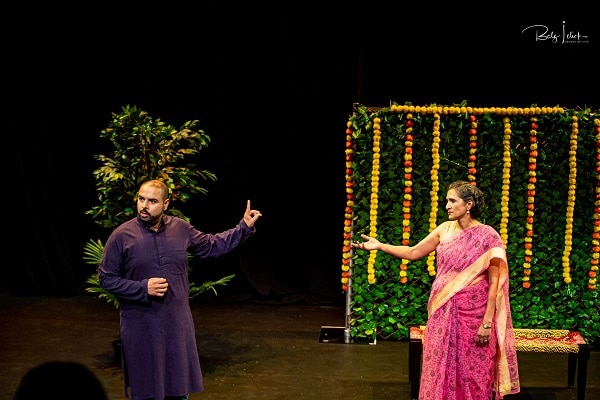 The homegrown play, directed by Jyotsna Sharma, ticks all the feel-good boxes, but also uncovers some truths and realities we all tolerate and live with. All the actors did well with the combination of drama and entertainment. The main plot of the mother and daughter conflict with themes of violence was compelling. Calling out marital rape was a bold choice and Poornima successfully captures the confusion and emotional landscape of her character. Marital rape is not illegal in India, in Australia it is a reportable offence. The key message was a tad diluted with the aunt and uncle love plot as it felt distracting – the characters would have been equally engaging as solos. 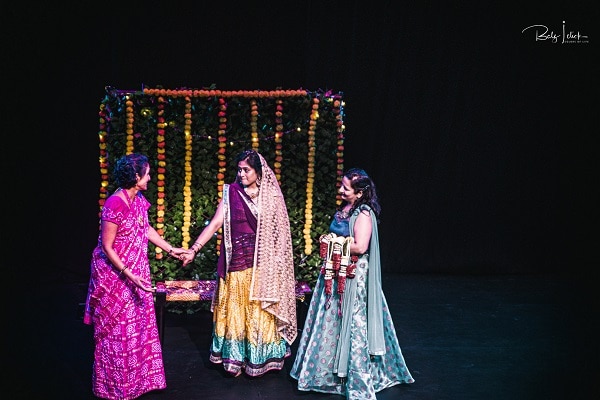 Created by Crescendo Theatre and Films and presented by Indian Women Empower (IWE) and Community Migrant Resource Centre (CMRC) at Riverside Parramatta, Zindagi 50-50 is a creative venture dedicated to shining light on the issue of domestic violence. Violence against women is any act of gender-based violence that causes or could cause physical, sexual or psychological harm or suffering to women, including threats of harm or coercion, in public or in private life.

IWE, established by the CMRC, tackles the “complex relational and multifaceted nature of issues facing Indian women in their settlement in Australia”. It provides domestic violence services and employment pathways to vulnerable women from the Indian Diaspora, to those experiencing domestic violence, relationship issues and employment challenges, including mentoring programs, seminars, legal and financial guidance and vocational training workshops; providing a national protection platform for Indian women on safety, security and employment issues impacting them. 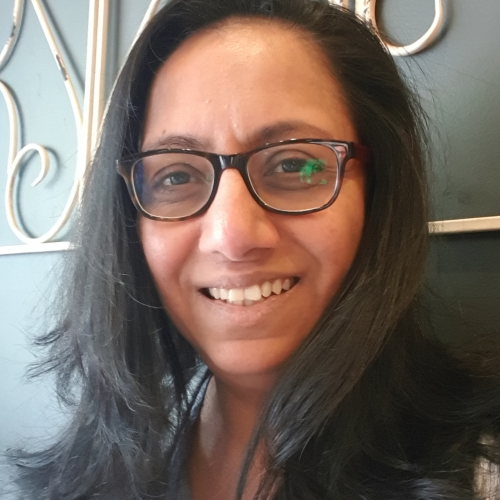