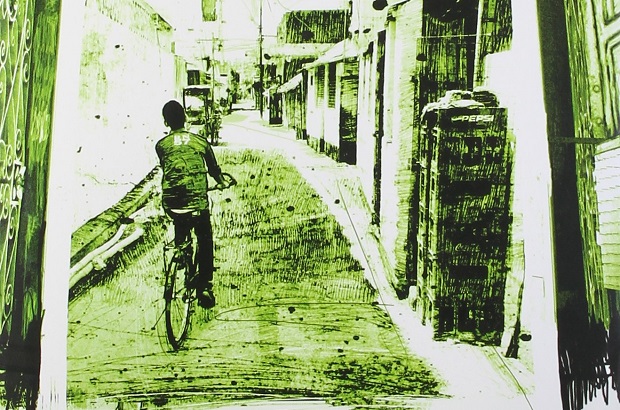 January and February seem to have been the season for literary festivals everywhere – Chennai’s The Hindu Literature for Life festival was held over 3 days between January 13-15. This was followed by the now famous and established Jaipur Literature Festival held between January 17-24, which has at its helm celebrity writers Namita Gokhale and William Dalrymple. The list of authors who attend this festival every year must be the envy of lit fests everywhere. The Lahore Literature Festival, the most glamorous in Pakistan, was held between February 21-24, was attended by Vikram Seth, Mira Nair, Amit Chaudhari and a host of other well-known authors from around the world. The 2014 Perth Writers’ Festival and the recently concluded Adelaide Writers’ Festival were attended by authors Jaspreet Singh and Jeet Thayil. Jeet Thayil’s book Narcopolis was reviewed in this column a couple of years ago.

Helium is a novel by Jaspreet Singh, which has as its backdrop the anti-Sikh riots of 1984. When his business trip to Iceland en route to Delhi is prolonged by a volcanic eruption, scientist Raj Kumar begins to obsess; the killing of his former professor in the 1984 anti-Sikh riots, the day after Indira Gandhi’s assassination; the whereabouts of the professor’s widow; the troubling role his father may have played in the killings, haunt him.

Vanity Bagh (Picador India, 2013) by Anees Salim won The Hindu Prize for Best Fiction in 2013, announced at The Hindu’s Literature for Life writers’ festival in Chennai. It is the tale of a young man, Imran Jabbari and his friends, who, partly out of boredom and partly inspired by their local legend and aging Don, Abu Hathim, decide to form a ‘gang’ to emulate him. This ragtag group doesn’t really do much by way of big-time crime, until one day when they are hired to despatch some stolen scooters to different parts of the city.  Naïve as they are, they think this is their big break, and agree to do it. Only after bombs go off in all the locations where they parked their scooters, do they realize they have been conned and inadvertently involved in a terrorist act.   Sentenced for 14 years, Imran is assigned to the bookmaking section of the prison, where each time he opens a book and stares at its blank pages, the memories of Vanity Bagh come alive and we are led gently through the not-uncommon lives of the mohalla’s inhabitants.

Imran Jabbari is the son of the local Imam, and like everyone else in the mohalla, he was named after the successful, rich and famous of Pakistan. Imran is therefore, the namesake of Imran Khan the cricketer, not the politician. There’s also Wasim, Javed, Benazir, Zia, Zulfikkar, Navaz Sharif and Yahya, among a colourful array of characters. We see the mohalla through Imran’s musings from jail and one can’t help loving Vanity Bagh the way he does. The author uses the right tenor or optimism and resignation; dark, but wry humour that we are lulled into thinking this is a ‘slice of life’ – of families, neighbours and the community.

It is an extremely readable book, written with wry, understated, self-deprecating humour, which will resonate well with Australians. However, what I found unsettling was the entire Muslim community in Vanity Bagh identified with Pakistan, and that the only ‘other’ was Mehendi, a nearby suburb which is represented as a monolithic, unvariegated Hindu-extremist neighbourhood. The only idiom of interaction between the (only) two groups is along a binary divide, and of tense confrontation and perennial distrust teetering on communal riot; there was simply no other form of inter-digitation – even of the commonplace everyday life.  This may have served the author’s narrative, but such reductionism, even for the purposes of storytelling, seemed too simplistic and unrepresentative to me. However convenient this is for a storyline, such reductionism, and one-dimensional narrative is a little disquieting. This was my only real grouse with the novel.

Anees Salim is an advertising professional in Kochi who has written four novels and is working on his fifth. Vanity Bagh is his second novel. Others on The Hindu Book Prize shortlist included Manu Joseph (The Illicit Happiness of Other People), Manjul Bajaj (Another Man’s Wife and Other Stories), Sonora Jha (Foreign) and Amandeep Sandhu (Roll of Honour).