Written in the stars

Inspired by Hindu mythology, The Star-Touched Queen is the first in a new series by New York Times bestselling author Roshani Chokshi 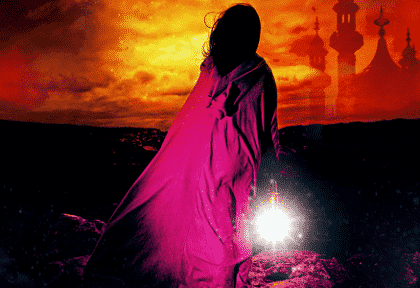 Reading Time: 3 minutesMagical and enchanting, yet with a story firmly grounded in the reality of struggling to find yourself. Roshani Chokshi’s fantasy novel, The Star-Touched Queen transports you into a world you have never imagined before.

With two parts and twenty-nine chapters, we are taken on the protagonist’s journey from being a cursed princess to becoming queen of Akaran (a palindrome of ‘Naraka’). Mayavathi, mostly referred to as Maya, is inherently cursed. Born with a horoscope declaring her blighted by death and destruction, she is seen as a misfortune to her father’s kingdom of Bharata. In order to bring peace between Bharata and its neighbouring kingdoms, her father forces her to partake in Swayamvara, where she must choose her husband from a variety of potential suitors by simply placing a garland around his neck.
Maya’s swift marriage to Amar makes her queen of an entirely new land. Expected to place total trust in her mysterious husband at only 17 years of age, Maya’s new life provides challenges and difficult choices.
Her journey continues in part two where she tries to reconcile a grave mistake and unravel the secrets of this imaginative, otherworldly kingdom. Along the way she gains a talking horse as an unlikely companion and finds a way to reconnect with her family back in Bharata.
Roshani Chokshi’s clever addition of a brief glossary at the end of the novel proves to be useful in helping the reader better understand key events in the novel, such as the Swayamvara. However, an extension of the glossary to include other frequently used terms would benefit those who are not familiar with Hindi.
With the story consistently told from Maya’s point of view, Chokshi’s writing is powerful in transporting the reader into another world. Peppered with lavish imagery, you develop an emotional connection with Maya, feeling as though you are experiencing this magical journey alongside her.


Each line of text weaves a tapestry of fantastical, rich scenes, such as “Lush hills carpeted in small blue flowers, a forest tangled with light… between the tips of a craggy mountainside…” or “The archives were cut like honeycombs and golden light clung to them, dousing every tome, painting, treatise and poem the soft gold of ghee freshly skimmed from boiling butter.”
There were times where my eyes were gliding over every line, wanting to finish the chapter so I could eagerly read the next. Although not a major issue, there were times where the vivid imagery and heavy poetic prose seemed overwhelming.
Chokshi explores themes common to Hinduism, such as reincarnation, while conveying ideas about having second chances in life, trust and how the bond between sisters, although it may fade and become unrecognisable over time, remains alive into adulthood. Oh and I’m sure you can guess the next, somewhat cliché theme… love. It was refreshing to read a novel that was not entirely centred on the romance of the main character falling in love.
This was the first book I have read that incorporated Hindu mythology. It was an interesting experience as my limited knowledge of Hindi was not a massive barrier to me understanding the themes and lessons of the book.
The Star-Touched Queen was nominated for the Goodreads Choice Awards Best Debut Goodreads Author 2016 and I am looking forward to reading a novella releasing in May ‘Death and Night’, which will be the third companion to this book.
The sequel to The Star-Touched Queen, A Crown of Wishes will release later this March.
- Advertisement -
Share
WhatsApp
Facebook
Twitter
Linkedin
Previous articleYou hurt my feelings, now make me a millionaire
Next articleAn Indian eternal man and the philosopher's stone quest