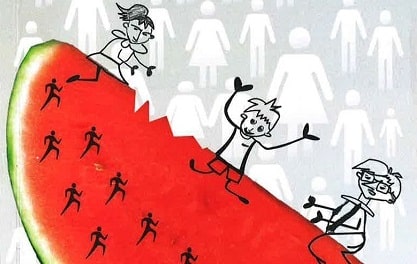 Suparna Chatterjee’s book A Dozen Stories in a Tale, evokes the memories of migrants of their beloved homeland, left but not forgotten. The yearnings of these migrants flow not just for the land and place they have left, but also in their aspirations and hopes – and in trying to fill the void left in their lives from the episodes that created them in the first place.

Sugoto and Sharmila Mukherjee are living the NRI dream in Perth with their son Shohom. Sharmila, who was raised as an only child, sees no place for ancient rites and rituals in their lives, yet stubbornly follows those that she has created. Being born a girl in a village where female babies were routinely killed, Sharmila is spared this fate due to her grandfather’s adherence to justice and for doing right by his daughter. However, this same rigidity to justice which spared the life of Sharmila caused immeasurable pain and grief to Sharmila’s mother, Ambika, who followed the rules her father set for her by marrying a man she did not know and who ultimately betrayed her in the most unimaginable way possible. In this aspect, we see characters, although separated by time and place, bound through generations by ties and rules which flow through families and which are rarely questioned and accepted without voice.

Sharmila grows up and creates a family of her own with a sense of duty and obligation, but without the inherent, unyielding love that prevents her from understanding the yearnings of her husband for his homeland or the desire for love of her son Shohom. Sharmila lives for the future, aspiring for a utopia where the pain of her upbringing is rarely mentioned: her reality manifests in the structured and disciplined life she creates for her family.

Sugoto, on the other hand grew up in a much larger family, in a rural setting. For Sugoto, the contrast between him and Sharmila are profound and painfully obvious. He yearns for the homeland of the stories told to him, by people who were quick with their hospitality and with generosity of spirit. Sugoto surveys the insincere hypocrisy of his friends in Perth with a good-natured tolerance, looking inwards to acquire a better clarity of thought and his own motivations.

In this way, Sugoto reveals the prism with which many migrants view their adopted homeland – accepting their life as it is, but forever yearning for what is left behind.  And even during travels back to India, where changes continue to surprise Sugoto with their relentless pace, he is trapped in an imaginary place, the place of his forbears, Shonar Bangla.

In this way, both Sharmila and Suboto, while trying desperately hard to create a life in a new land, become reflections of their past, of being bound by traditions and a culture that drives their daily existence – at an ingrained, but wholly subconscious level.

Sugoto and Sharmila, both complex characters shaped by their distinct pasts, often come across as shallow, and perhaps more time could have been dedicated to teasing out the rich narrative of their backgrounds. How did Sharmila really feel about female infanticide? Did she ever decide to investigate this and make an attempt to learn more about this barbaric practice that nearly claimed her as a victim? Many more questions arise about the depth of the each character’s interest and desire in fully understanding their past. Both characters demonstrate a distinct lack of self-awareness – in particular, in relation to the episodes which shaped them. Consequently, we see characters who come across as superficial and facile.

While A Dozen Stories in A Tale raises more questions than it answers, it is a light read for a cold and rainy winter afternoon. The subcontinental reader will feel the familiar pull of warm memories of a land long left behind and will recognise in the characters the same behaviours and mannerisms of families held dear.

A Dozen Stories in A Tale is published by Patrabharati