The Search that Seeks You: Concept of karma explained 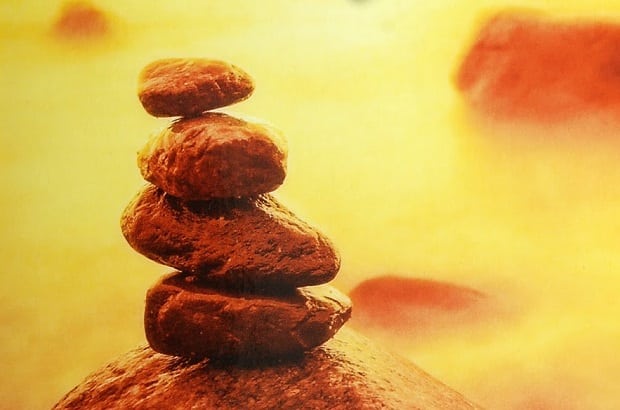 There has been a proliferation of books on spirituality and religion recently, catering to those of us confused and weary with what life throws at us. One book that joins this growing list is The Search that Seeks You by Sangamithra Amudha.
The story revolves around the experiences of the central character Karma, his spiritual awakening and journey through life. Karma is an engineering student who is disconsolate after his mother dies quite suddenly. A previous encounter at the Podhigai hills leads him to journey there again in search of something to calm his troubled heart. He meets a few ascetics who lead him towards a path of spirituality. He starts to practise meditation, learns about controlling his thoughts and to keep calm, and focus on his goals. He also learns about ‘karma’ which is a central concept in the book.  After a few days, he has to go back home to fulfil his ‘material responsibilities’. However Karma is a changed man, able to face any situation with a calm strength that astounds his friends and relatives. The rest of the book talks about his life after this experience. The book finally comes full circle with him going back to the hills to join the ascetics.
The narrative is simple and the story flows easily. The language does tend to get heavy and laboured in a few places, especially when concepts are being explained. This maybe a fault of the translation, as the original was written in Tamil.
The author, Sangamithra Amudha, is founder and trustee of the Sanmarga Foundation, a Chennai based organisation which teaches meditative techniques. She herself has been practising Kriya meditation for some years now and has been a counsellor for over 15 years, according to the organization’s website. A finalist at the International Book Awards 2012, in the Spirituality category, the book has a foreword by Dr Abdul Kalam, and even a chapter about him.
She introduces certain basic concepts from Hinduism such as karma, and this book would certainly serve as a good introduction to people not familiar with them. The book questions some of the ritualistic religious practices that are a part of Hinduism, and emphasises the use of meditation and other introspective practices instead. The author talks about using meditation and yoga as a tool to overcome problems that people face everyday. In her foreword she advises the reader to not just read the story, but to place themselves in the position of the main protagonist and by comparing his reaction to their own, learning something about themselves in the process.
Most of the characters introduced teach the protagonist, Karma, something. The transformation that Karma undergoes is total and is sometimes a little hard to believe. The ending was rather rushed, and not very clearly thought out. If the book was meant to guide people though their life, then getting the main protagonist to abandon his wife and child in the process, was not something I appreciated. Also the reactions and behaviour of the women in the book are rather one-sided and caricatured, disappointing in a book written by a woman herself.
If you are looking for an easy introduction to the concept of karma, this could be the book for you. In describing a young boy’s search for the truth, the book attempts to give people a way to look beyond their problems and find strength within themselves. All in all, this is a book that could start you on a spiritual quest and help you look for the answers within yourself.