The search for identity 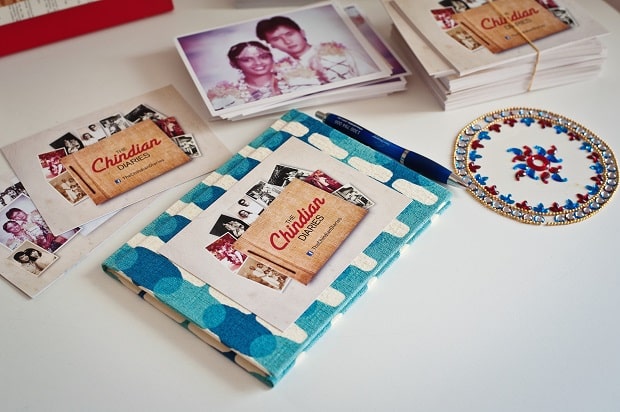 Reading Time: 4 minutesTwo moving exhibitions deal with the quest for identity in the modern world of perforated boundaries and blended relationships

Global identities are forged when uniquely individual cultures integrate, challenging and eventually transcending geographic and linguistic boundaries. In the process old traditions are revived and new ones invented, creating fertile pathways that are open to subjective exploration.

Arrival/Revival, a visual arts exhibition at Parramasala celebrated the impact of geographic and cultural displacement on identity, language, religion and politics.Featuring the deeply personal experiences of seven diasporic artists with backgrounds from Australia, Mauritius, India, China, Pakistan, Canada, New Zealand and USA, the exhibition was held at Parramatta Artists Studios and Riverside Theatre atrium as part of special focus on the rich visual arts heritage of Australia’s diverse migrant community.

Focussing on the “trans-national condition of contemporary art”, Arrival/Revival tapped into rich cross-cultural interpretations that evolve from exchange of ideas, creating a unique body of work.

As a new migrant, Sydney based artist/illustrator Amanat Grewal has used the dying genre of Phulkari to reconnect with her cultural roots. Adapting this 19th century Punjabi art form to reinterpret her identity, the hand embroidered display titled Arousing the sacred flower within gets its inspiration from the Bhagavad Gita. Incorporating physical and metaphysical aspects of nature, Grewal has overlapped and merged Phulkari patterns with images of Tantra and Kamasutra themes.

In Arousing, Grewal has created a palimpsest (art of overwriting) of intertwined and interrelated figures in meditative postures. The figures in Grewal’s opus are on a holy quest for self-realisation or gnothi seaton. Using thread instead of traditional sketch format, Grewal has highlighted her displaced identity and her attempt to forge a new one by integrating new concepts and techniques.

Abdullah M I Syed’s Money Garland is yet another cultural inheritance, most migrants from South Asia can spontaneously identify with. Mubaraq Ho recounts Syed’s successful journey from one continent to another, in the process transferring unexpected cross cultural baggage. “When we arrive in a new country, we leave behind all our old possessions, relationships and identity and hope to start afresh. Yet, we come with a lot of unexpected baggage too. What do we declare in the incoming passenger card?” he remembers poignantly.

The currency garland is iconic to many cultures. For Syed, it represents possessions and identities lost during migration process, erasure, survival, assimilation and eventually revival.

Kevin Bathman’s The Chindian Diaries explored yet another aspect of global identity with his deeply subjective and intimate photo, video and text exhibition at Parramatta’s Information and Culture Exchange (ICE). The exhibition showcases the stories of Chinese Indian mixed marriages that have been prevalent since early twentieth century.

‘Chindian’ is a relatively new coinage, used to describe people of mixed Chinese and Indian heritage, commonly used in Malaysia and Singapore where the two communities coexist and mingle. The exhibition celebrates intertwining of cultures, religions and families, similar in many aspect but radically different in others.

Identity crises, cultural clashes, struggles and misunderstandings, as well as stories of love and acceptance are some of the underlying themes of this deeply moving display.

Bathman, a Chindian himself, felt the need to express his own forged identity and offered a platform for others with similar roots. The project was born from the lack of documented Chindian stories. His paternal Indian grandfather and Chinese grandmother who met in 1930 faced a number of hurdles in the name of love. Their union was frowned upon, and his grandmother was eventually disowned by her family.

Kevin’s own identity confusion and doubts sparked a quest for self-realisation. Growing well beyond its humble origins as a deeply personal journey, the project has since opened up the conversation with other Chindians and given a space for the Chindian community to express themselves.

Along with identity, it explores the treacherous terrain of belonging.

“From my own observations, most Chindians experience an identity crisis in their lives,” Bathman believes, “as they have to straddle between the two distinctly different cultures – Chinese and Indian.”

And by sharing stories, he hopes there will be less isolation and prejudice from other people on mixed race children.

“This in turn helps young Chindian children to have a sense of belonging and form a unique identity – that it is okay to have parents from a diverse background,” he believes.

An advocate of multicultural partnerships, Bathman staunchly believes that interracial marriages are a solution to end racism.